Yesterday, CHM and I drove the Peugeot over to the Sancerre area. It was a day-long trip. We went to the perched village of Sancerre itself, and also to the wine village of Menetou-Salon, near the city of Bourges. We stopped at Chavignol, famous for the little goat cheeses called crottins. And we drove around in the 17th century planned community of Henrichemont. 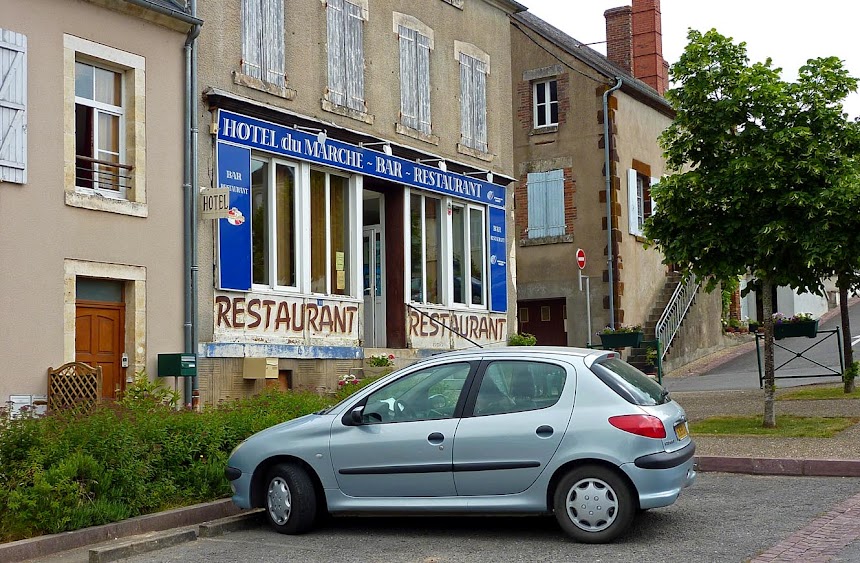 One purpose of the trip was to go back to an area that CHM visited back in the early 1940s, when he was a teenager. He had never returned there. The villages he remembered especially were Jars and Le Noyer, among others. At lunchtime we found ourselves in a place called Vailly-sur-Sauldre (pop. 800) near Jars, looking for a restaurant. We found one. 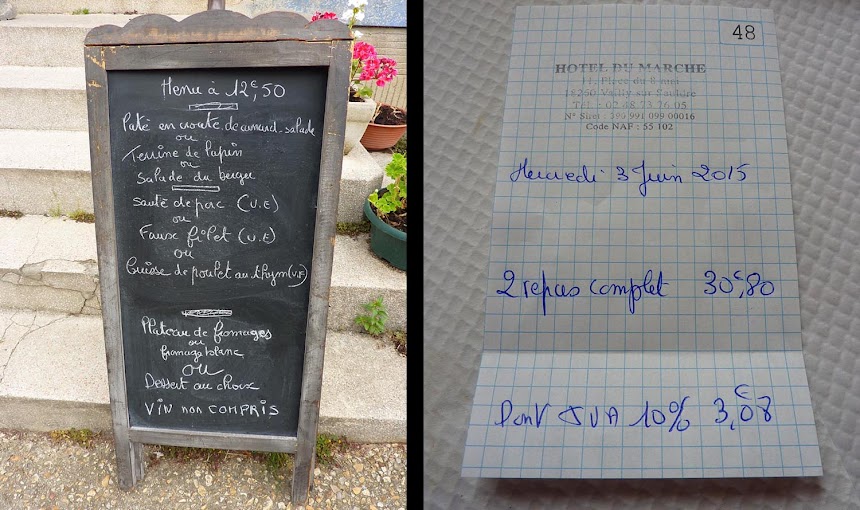 What happened was that I noticed a hand-written sign along the street saying « Repas ouvriers » — workers' meals — with an arrow pointing to a narrow street leading onto the town's main square, next to the church. It looked promising. I parked the car and checked out the blackboard on the front steps of the restaurant to see what they were serving. 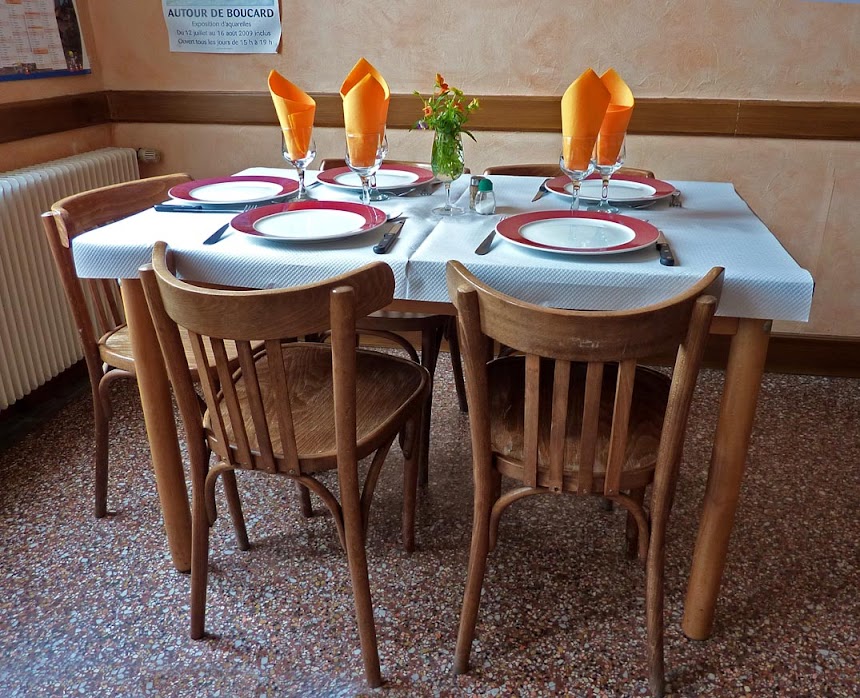 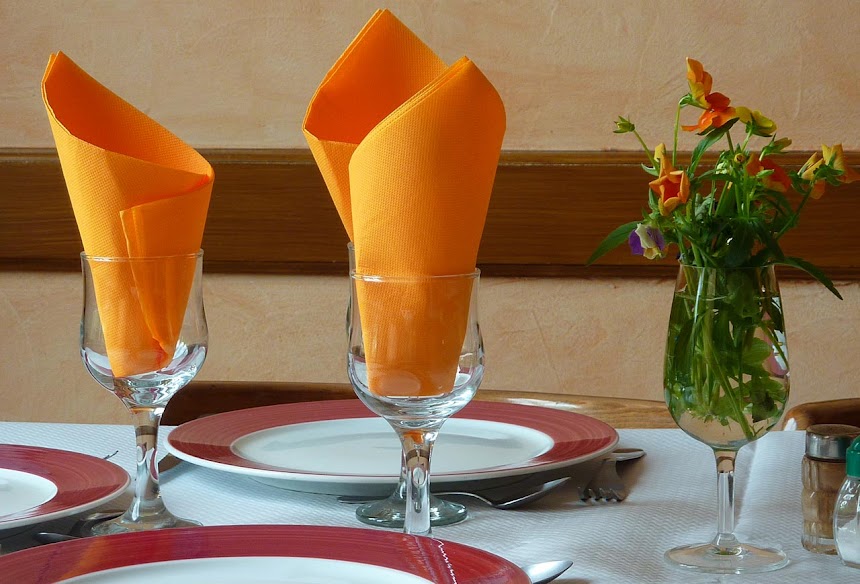 It turned out to be a very good meal, I thought — the restaurant was exactly the kind of place I like for everyday French food. I'll write more about what we ate tomorrow. I enjoyed it, but I especially enjoyed the atmosphere and the decor of the restaurant. Here are some pictures. 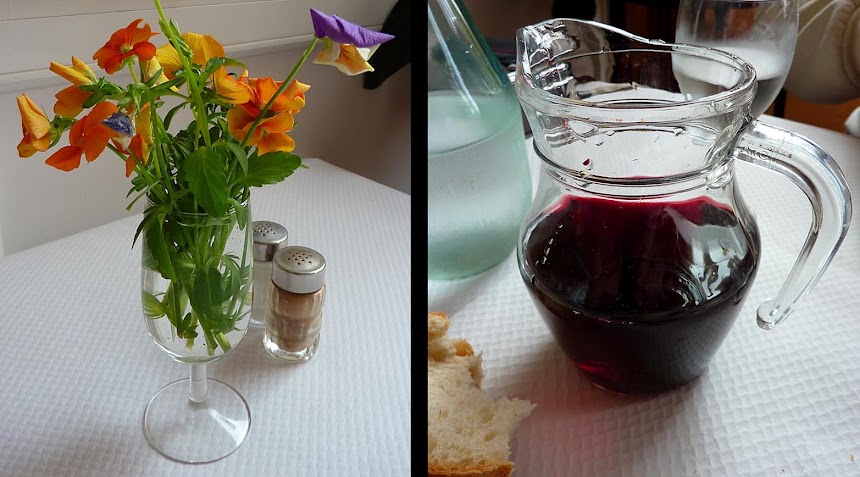 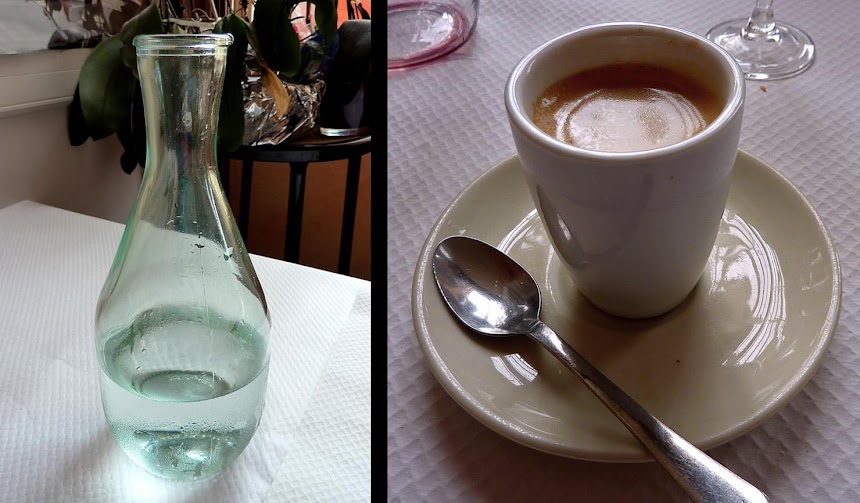 The cups, dishes, glasses, plates, table coverings, and furniture are really typical of French restaurants in little towns and villages. You can see that the menu, with three choices for the starter course and three main dishes, plus what turned out to be a wide variety of desserts, was priced at 12.50 euros. We ordered some wine in a pitcher, and some tap water in a carafe. I had a coffee (espresso) to finish the meal. More tomorrow...