I asked for one — a "doggie bag" — day before yesterday, in that little restaurant in Vailly-sur-Sauldre, near Sancerre. No problem... The woman who was waiting on us didn't flinch. I just asked her for « un petit morceau de papier d'aluminium dans lequel je pourrais emballer nos restes de viande, que mon chien trouvera délicieux.  »


She brought me back the meat trimmings we had left on our plates, neatly wrapped up in foil and ready to make the trip home. Callie really enjoyed eating some of them this morning. Doggie bags seem to be a big thing in Paris these days, but they are not the French restaurant custom. Most of the time, it's not the dog that profits from what's in the doggie bag, but in this case it certainly was. 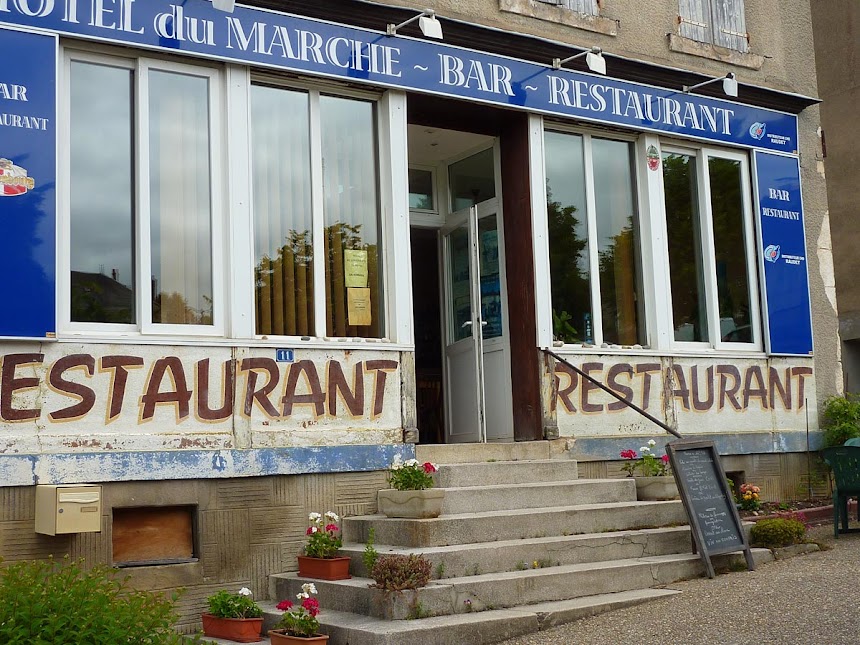 Unfortunately, I forgot to take a picture of the steaks that we ate for lunch. The faux filet (sirloin) steaks were served with lightly sauteed potatoes and some mixed vegetables (green beans, flageolet beans, cubed turnips and carrots, etc.), which seemed to me to be made with fresh produce, not frozen or canned. The steaks were tender but there was some gristle and fat on one edge of each. We cut that off for the dog. By the time I thought about taking a picture, I had already eaten most of what was on the plate. 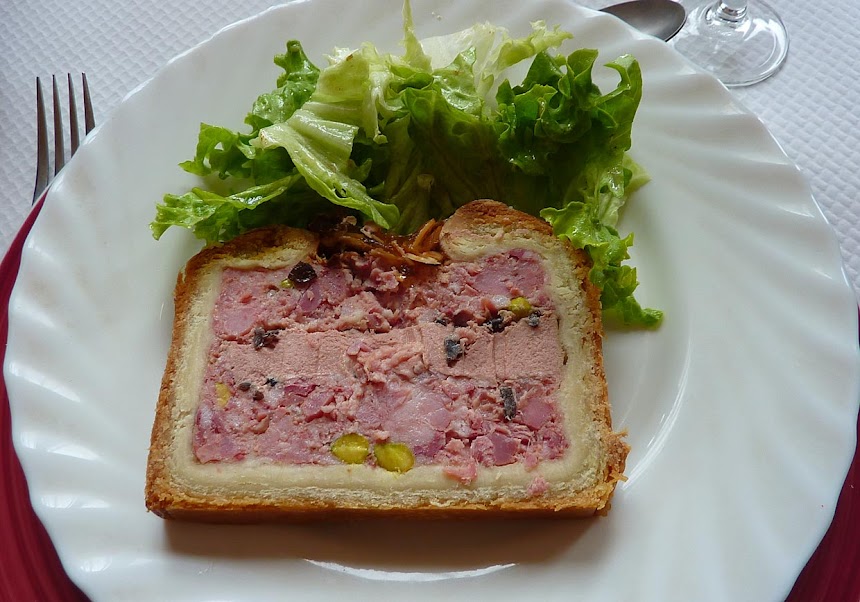 I did get a photo of the first course, which was a pâté de canard en croûte — a duck pâté cooked in a pastry shell, above. It was served with some lettuce leaves dressed with vinaigrette, and it was tasty. 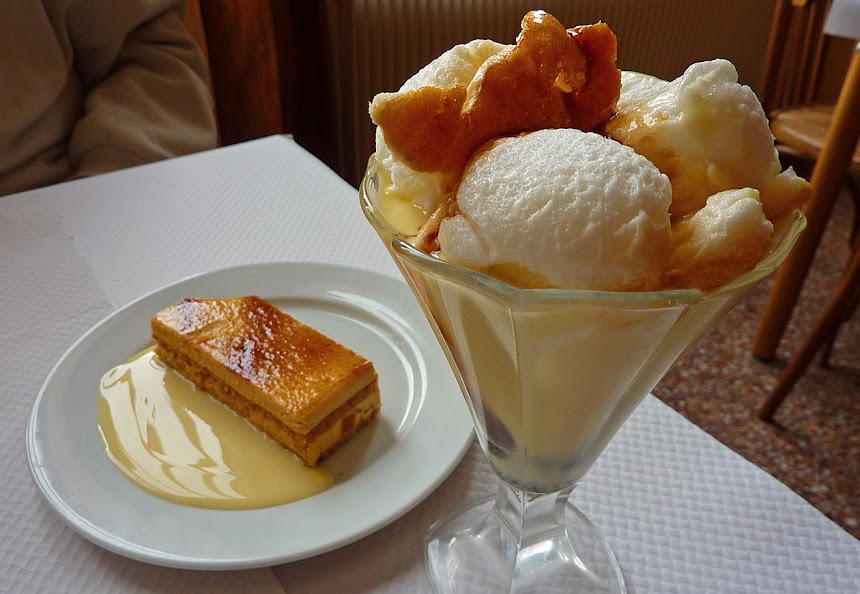 Dessert was either cheese or one of a list of six or seven sweets that the server recited for us. We didn't choose cheese, because we were planning to have cheese for dinner. CHM ordered a sort of cake made with pears and caramel, and I had an île flottante, or floating island, which is sweet meringue (beaten egg whites) floating on a dish of egg custard (crème anglaise) flavored with caramel, both shown in the photo above. I thought my eggy dessert was excellent. 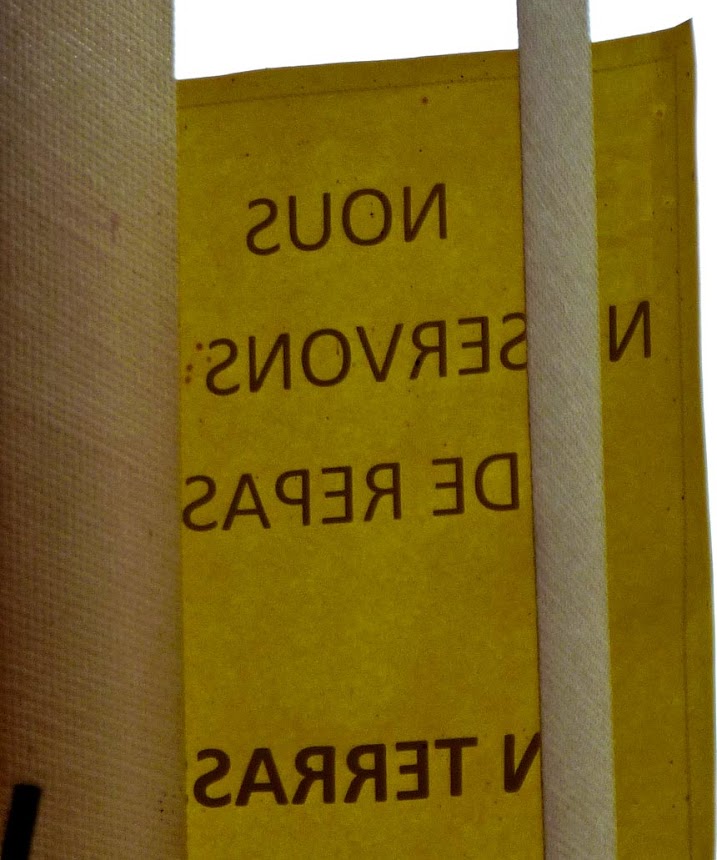 Can you read French backwards? I spent a minute figuring out what was written on this little sign in the window, as we waited for our food to come out. Some of the words are cut off by a vertical blind slat in the photo.
Posted by Ken Broadhurst at 06:30