What did we have for lunch in Montoire that Saturday? Chez Françoise (Le Café de la Paix) has a varied menu, including a daily special or two, a full range of both savory buckwheat pancakes (galettes) and sweet crêpes, as well as several different omelettes. 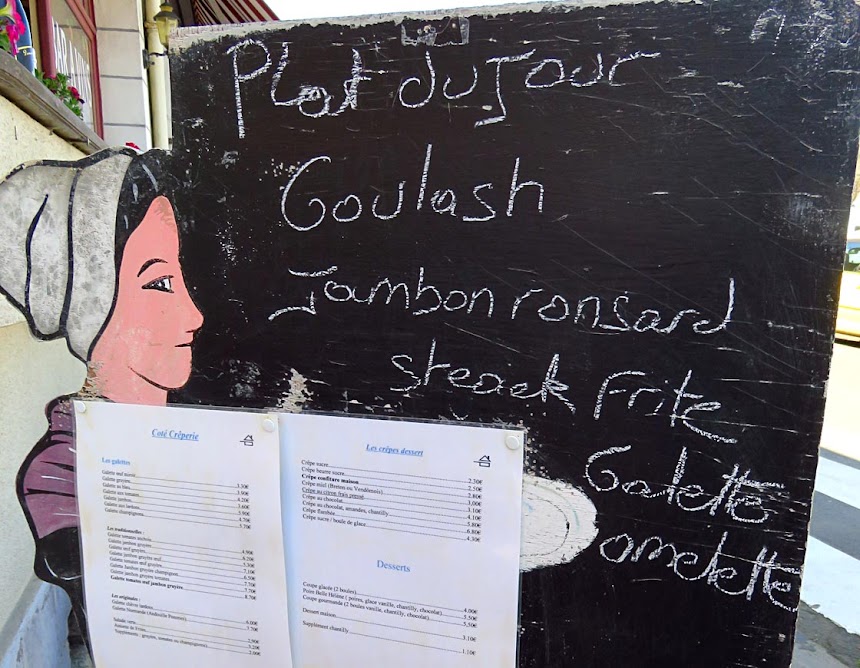 That day, there was a three course menu that CHM ordered. The first course was what they called une salade de crudités, but it was an unusual one, I think. It was very good though, and I ordered the same salad as my starter course. 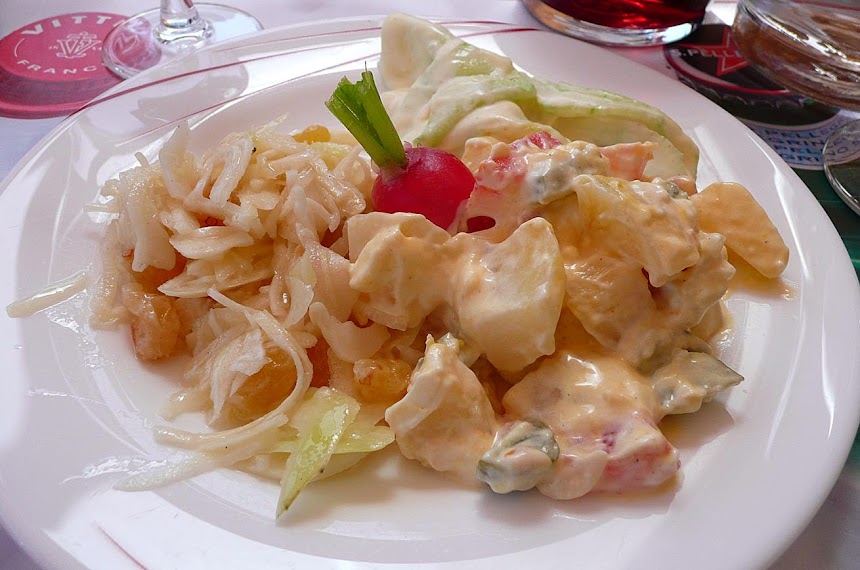 Above is CHM's photo of the crudités or vegetable plate, which was made up of some salade piémontaise (potato salad), some chopped cabbage salad with golden raisins, and some sliced cucumbers. 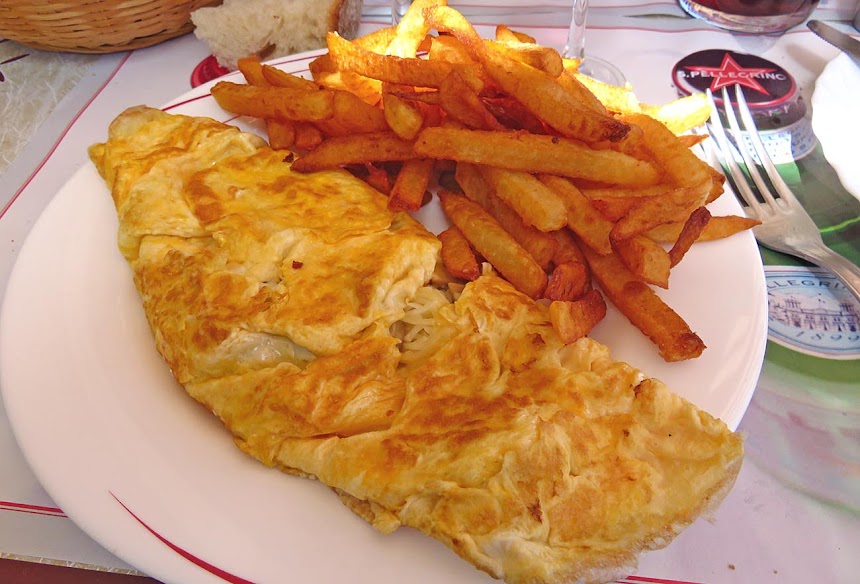 My main course was the omelette that I had had in mind all morning. French omelets are usually served baveuse or runny, and this cheese omelet was a good example. 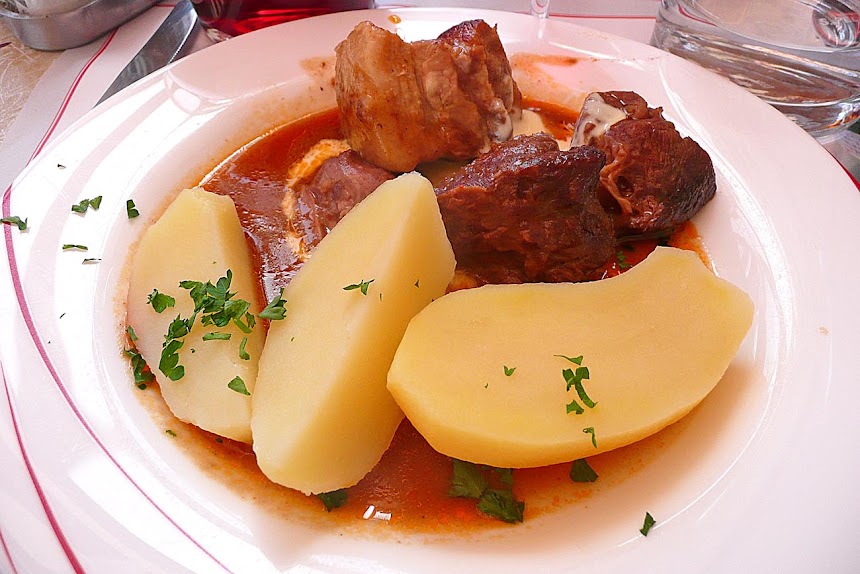 CHM had the goulash as his main course (his photo above). Hungarian goulash is a kind of pot au feu or stew made with beef, pork, or veal — or a combination — cooked in a broth flavored with sweet paprika and served with potatoes or noodles. Some hot paprika can be added to enhance the flavor, and onions are a standard ingredient. It's the paprika that makes it goulash. 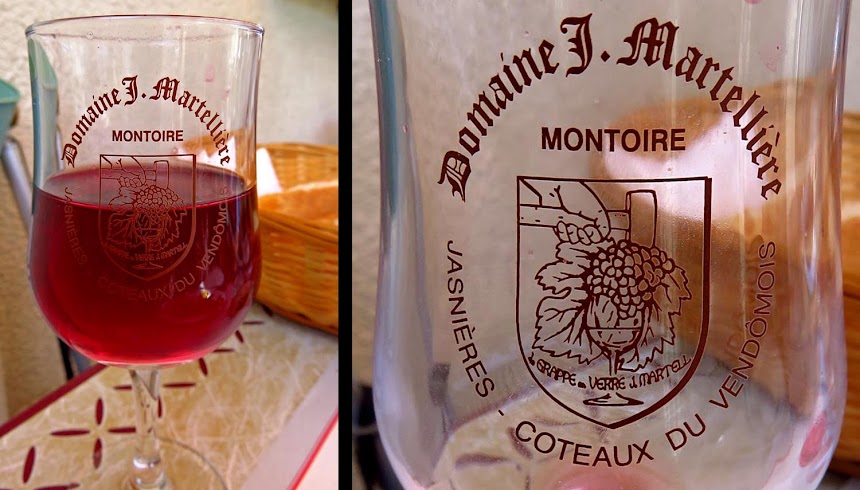 To wash it all down, we ordered a small carafe of the local red wine. It was light and tasty. I don't really know what grapes went into it, but there was probably some Pineau d'Aunis and maybe some Pinot Noir or Gamay. Dessert was the daily special: far breton, a kind of pudding cake made with prunes.