The main building in a complex like the one at Montpoupon is called le corps de logis, which you could translate as "the living quarters." The English Wikipedia article says that in France, corps de logis the name for "the principal block of medieval castles and manor houses" — so the term is architectural jargon in English too. 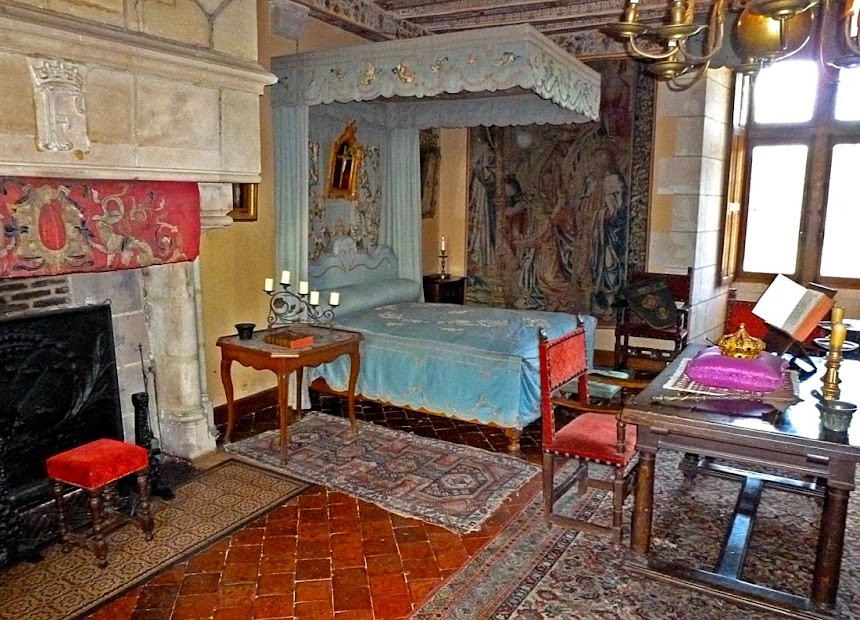 Logis means "lodgings" or "home" in French, but it's a an archaic and literary term that's used in certain expressions but much not in everyday language. The royal residence at Loches is called the Logis Royal — it's a separate building from the medieval fortress on the other end of the old upper city. 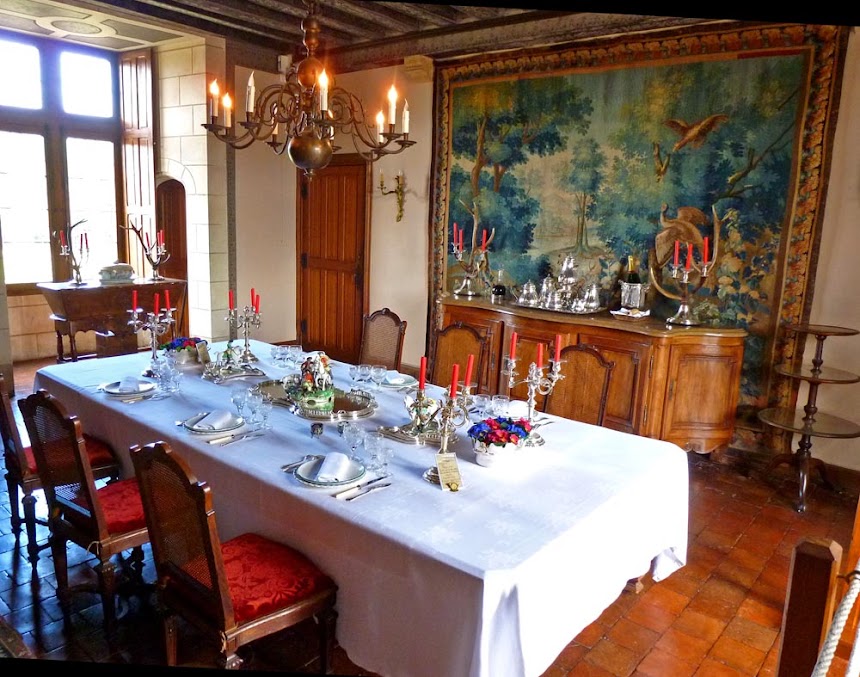 Anyway, the corps de logis, or main building, at Montpoupon is only one room deep. Sitting rooms, reception rooms, bedrooms, and a dining room are arranged around a central staircase and they have windows looking out from both sides of the building. 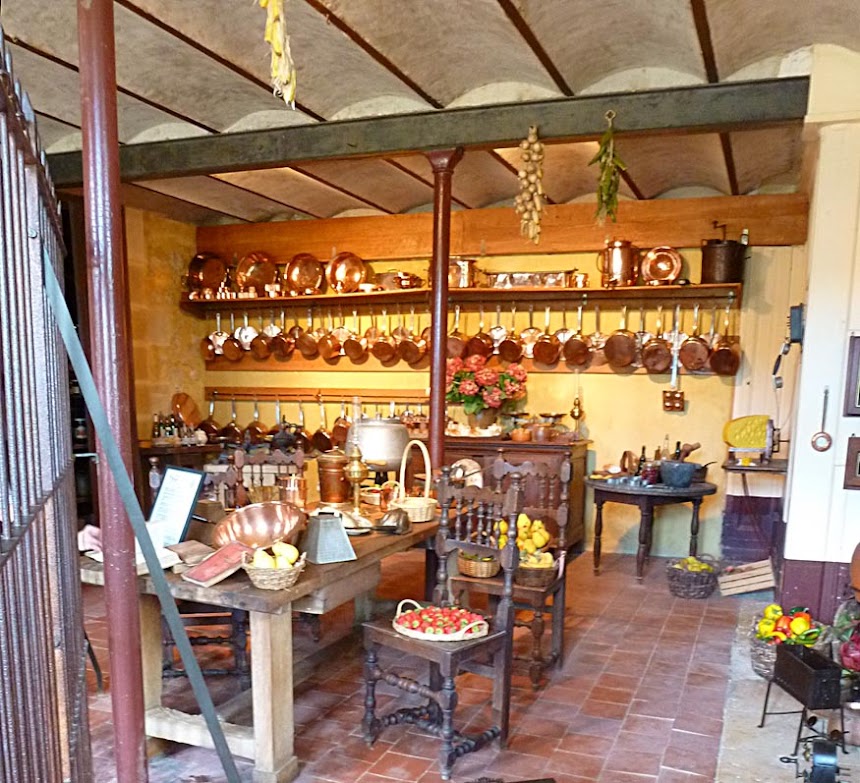 The kitchen at Montpoupon dates from the 1800s.

There's a bedroom reserved for the king, in case he visited, and there's some evidence that François 1er, the king who built the Château de Chambord and a new wing on the Château de Blois, once spent the night in it after a day of hunting in the forests surrounding Montpoupon. 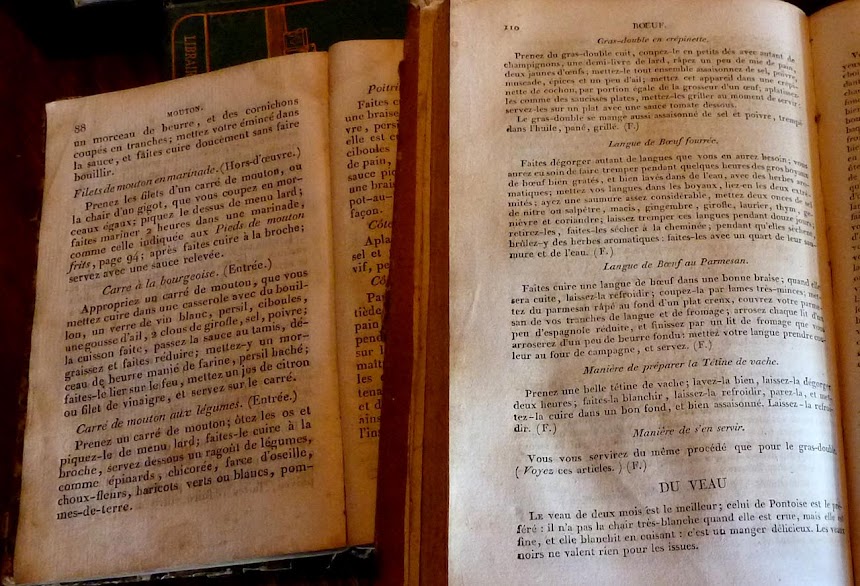 Click on the picture to enlarge it and read some of the
old recipes in these books.

The château's kitchen was added on in the 19th century and was used until about 35 years ago, when the longtime cook retired. All in all, Montpoupon is one of the most interesting châteaus for it's interiors and furnishings, along with Cheverny and Valençay. 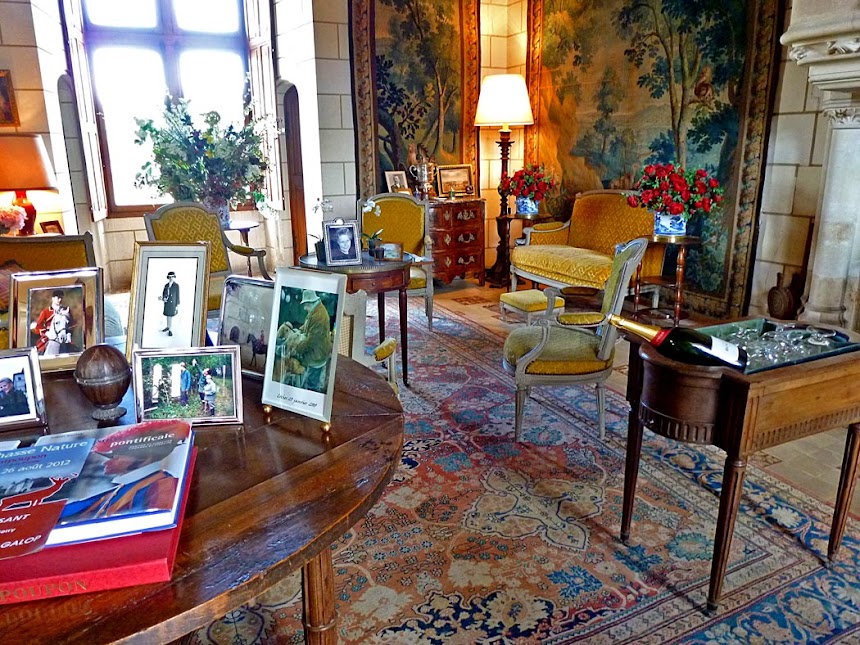 A sitting room in the Château de Montpoupon

The entrance fee this summer is eight euros per person for adults, and visitors are free to wander around the grounds (there's a kilometer-long forest walk/nature trail) , the château, and the extensive hunting museum displays housed in outbuildings on the property.
Posted by Ken Broadhurst at 08:00