And in fact, this is our 10th summer in Saint-Aignan. Every one has been different from all the others. It's all kind of hard to believe. 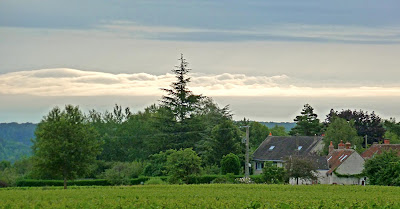 Living the life in this house in Saint-Aignan
When we moved here in 2003, I don't believe I had thought too much about what life would be like ten years later. Now the tenth anniversary is not all that far away. Back when, I wasn't even convinced I would live this long. If I hadn't come to live in the French countryside, I might not have.

I'm as happy living here as I've ever been anywhere else. And I've lived here twice as long as I lived in Durham NC, Washington DC, Champaign-Urbana IL, or Paris earlier in my life. (Don't get me wrong — I loved living in Paris when I was younger.) 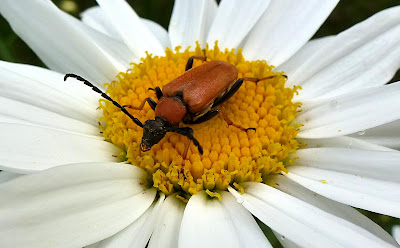 Flowers, bugs, vegetable gardens, and long walks in the vineyard have
replaced offices, long commutes, traffic jams, and work stress.
Only two other places — my home town in NC and the San Francisco Bay Area in California — have detained me longer. In each case, 18 years — twice as long as the time I've spent now in Saint-Aignan.

In fact, at this point more than half the time I've ever spent in France over the past 63 years has been spent in Saint-Aignan. Wow, reading the list of places I've called home — and I've left a few out — makes me feel like a real gypsy. 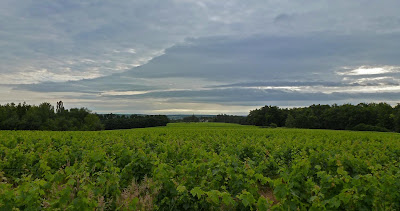 When I lived in California, I joked that my feet never actually
touched dirt, only concrete and pavement. That changed...
Yesterday, one of the neighbors came over for a chat. She's the woman who lives most of the year in Blois and just spends the months of July and August here in Saint-Aignan. We wondered if there was something specific she wanted to tell us or ask us, but it was just a social call. We chatted for 30 or 40 minutes out on the terrace. 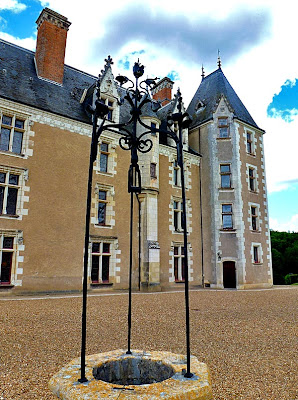 Le château de Montpoupon
Madame M. is in her late 70s now, and her husband is in his early 80s. They have seven children and more grandchildren that I can count, including some great-grandchildren now. Their life is so different from ours. Unless I'm mistaken, they have never in their lives flown on an airplane. Compare that to my life — I've flown across the Atlantic Ocean nearly 70 times. 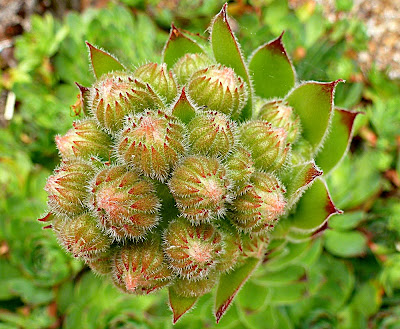 Flowers about to pop open in the yard
We had a big thunderstorm last night, with loud thunder and bright flashes of lightning. I had to get up and shut some windows. Wind was driving the rain indoors. As far was I can tell, the gusty wind didn't do any damage out in the yard and garden.
Posted by Ken Broadhurst at 08:00