How does the garden grow?

The vegetable garden in early July 2012
Besides, we were off traveling around New York, New England, and Quebec for the middle two weeks of May, when we should have been here getting the garden planted. So we were late too, and that made sure the garden was late. 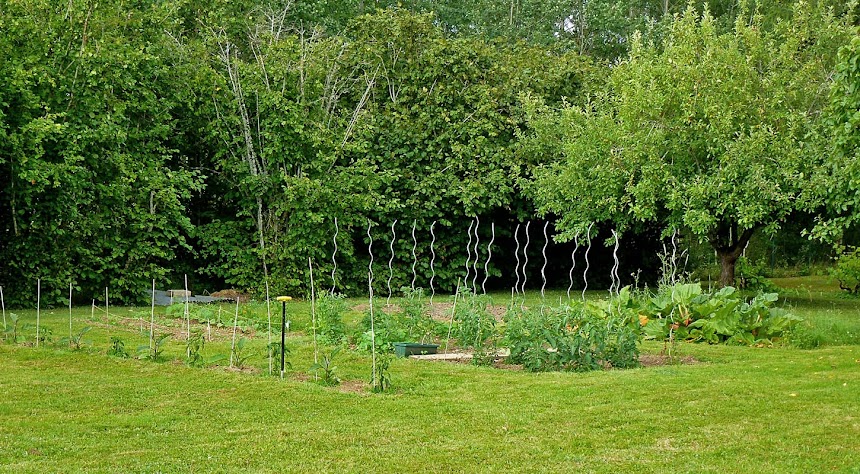 The garden from a different angle
We bought seedlings for our tomatoes, bell peppers (poivrons), and eggplant plants (aubergines) this year. Those little plants are growing nicely. Walt planted beans in one garden plot, but they either didn't come up or they were cut down by slugs and snails before they had a chance to grow much. 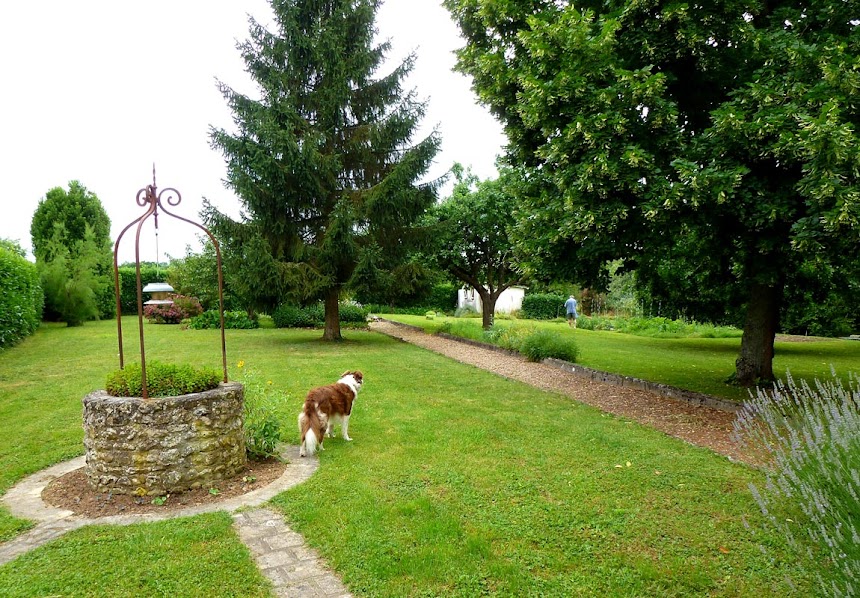 Callie keeping an eye on Walt to see what he's up to out there
He re-planted them. The recent spell of warmer weather (we're having a mediocre season so far) gave the new beans a chance to grow, and we may get a crop after all. We have both haricots verts (string or bush beans) and cocos plats (Romano i.e. Italian flat green beans) and are hoping both will produce. 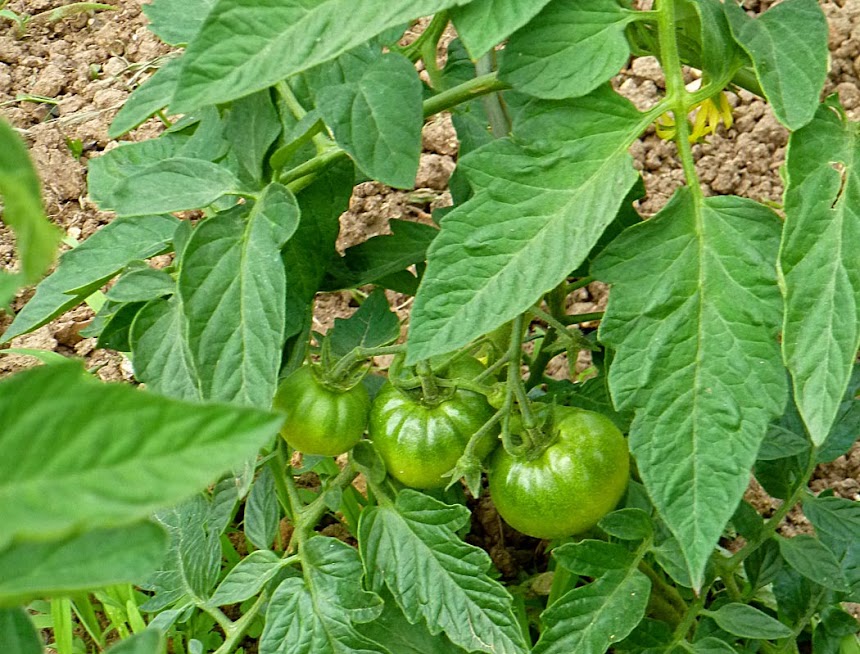 Tomates
Walt also planted three kinds of squash: zucchini (courgettes), butternut, and another variety called a patidou in French. Those last are like little green pumpkins, with orange flesh inside. We hope to get a good crop of summer and winter squashes in September, October, and November. 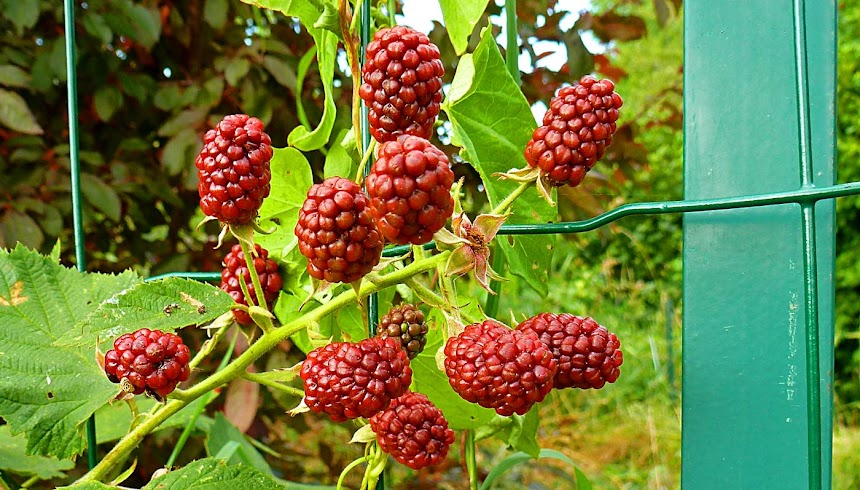 Blackberries (mûres)
There are two garden plots that we haven't even tilled up yet. In those, if I get "a round tooit," I hope to plant some greens and maybe chard for a fall crop too. We'll see. 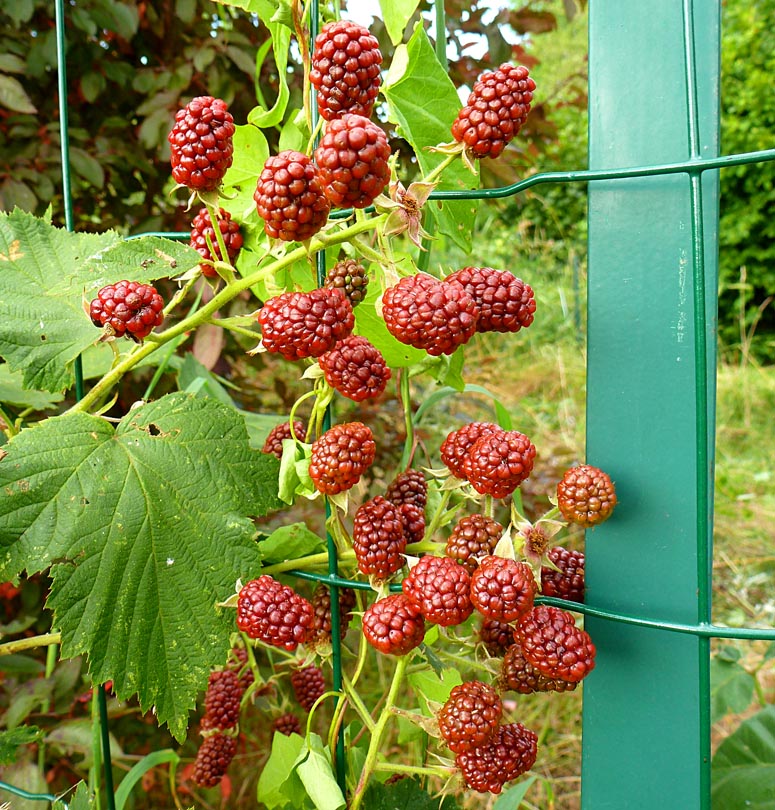 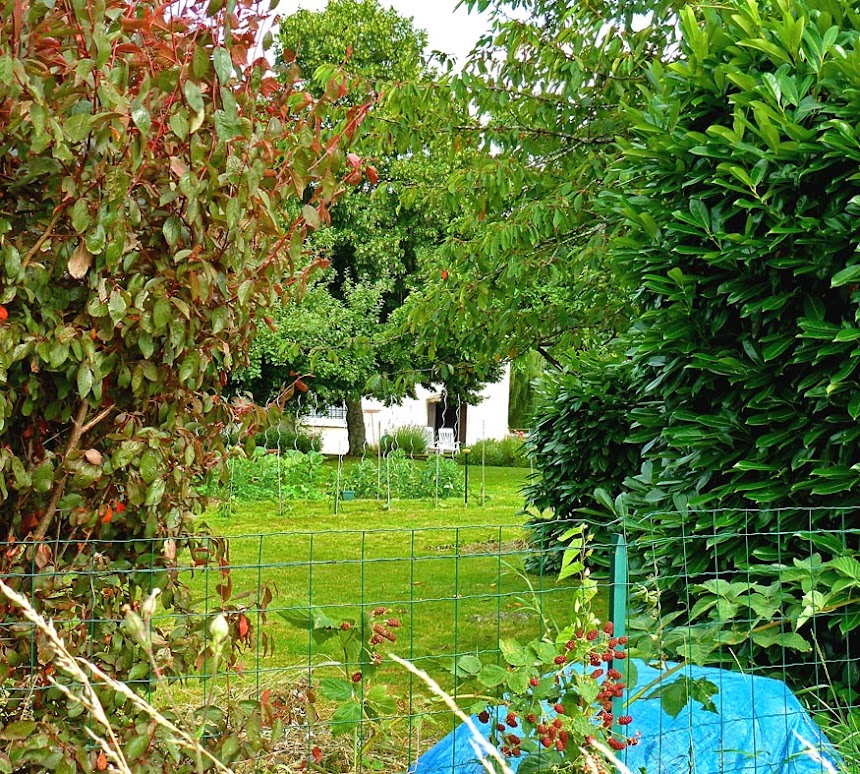 Two more views of the mûres
Meanwhile, a thornless blackberry plant that a friend in the village gave us a couple of years ago is producing a good number of berries. If the birds don't get them before we do, they might make a good pie.
Posted by Ken Broadhurst at 08:00