One of Albany's springtime attractions is the millions of tulips that bloom in the city's Washington Park. The annual tulip festival is taking place this weekend. We're in Montréal right now, so we're missing it. 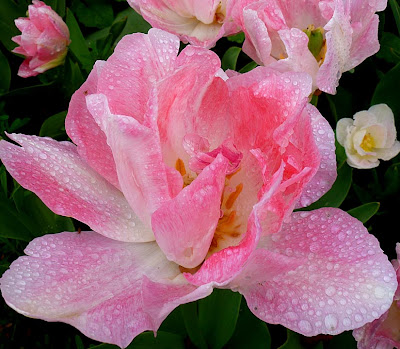 We didn't really miss out on the tulips, however, because we spent some time exploring the park an taking pictures on a couple of days this past week. Washington Park is on ground that has been a public space — parade grounds, town square, etc. — in Albany since 1686. It covers 33 hectares / 81 acres and includes 2-hectare / 5-acre lake. 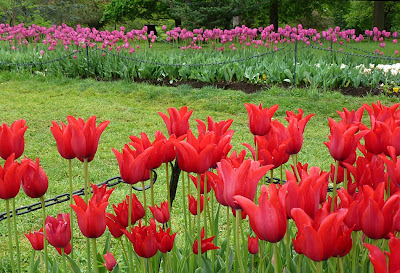 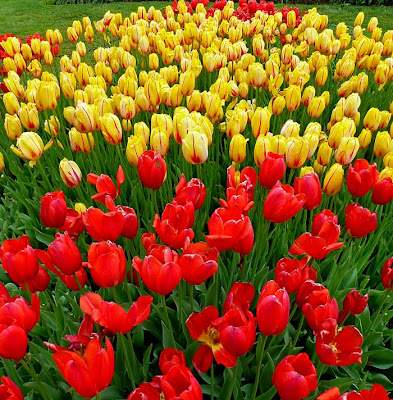 The essentially residential neighborhoods that surround the park are also historic, with many fine houses in interesting architectural styles. The whole area has been designated as the Washington Park Historic District. 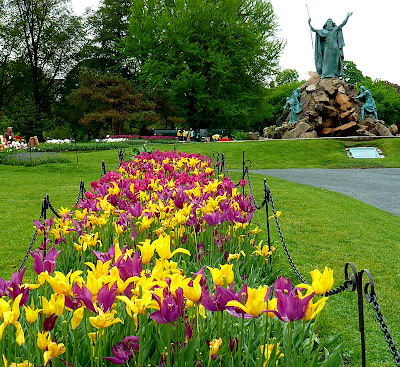 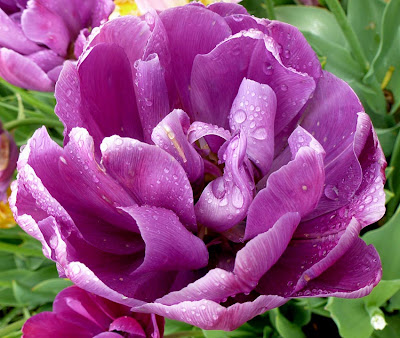 That's Moses in the background in the top picture.
The park as it exists today was laid out in the 1870s by designers who had worked with Frederick Law Olmsted to create New York City's Central Park. Because of recent rains, it's especially green right now. The tulips, which bloomed early after an unusually mild winter, are not as spectacular as they might be, but still...
Posted by Ken Broadhurst at 08:00