After walking several miles around the central sections of Montréal last Friday, on Saturday morning we took the car out for a drive up to the top of the Mont Royal and through northern and eastern parts of the city. At the intersection of the rue Saint-Denis and the rue Beaubien, we saw a beautiful church and decided to stop and go inside. 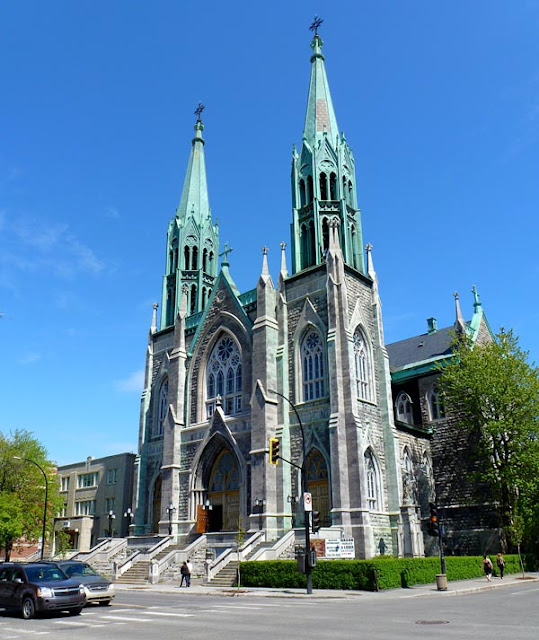 L'Eglise Saint-Edouard on the rue Saint-Denis in Montréal

L'Eglise Saint-Edouard, about 100 years old, is beautiful inside and out. We weren't disappointed. The church is named after Edward the Confessor, who was king of England from 1047 to 1066, when William Conqueror (a.k.a. Guillaume le Bâtard) won the battle of Hastings and England became a Norman conquest. 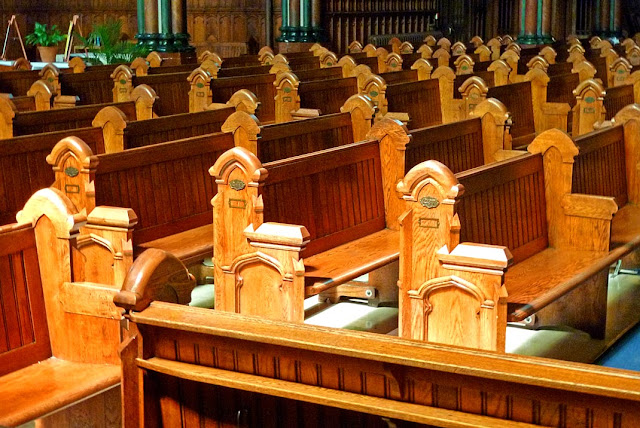 A plaque on the church says it was consecrated in 1945, but Wikipedia says in was built between the 1890s and the 1930s. When we were inside taking pictures, an organist was practicing playing the wedding march ("here comes the bride"). The church was empty, as you can see, but a wedding must have been scheduled for later in the day. There was a woman running a vacuum cleaner too. 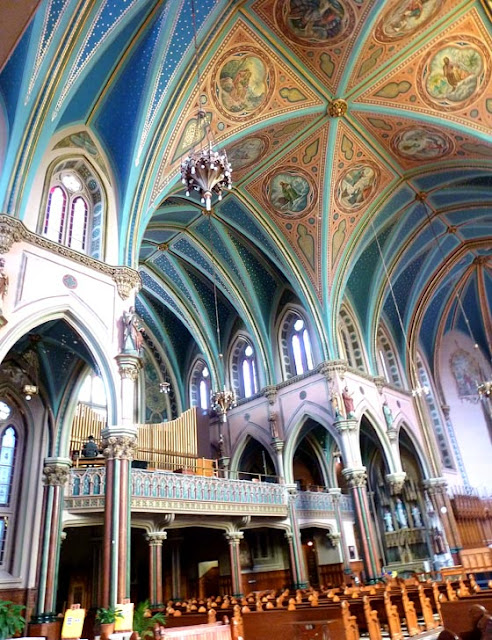 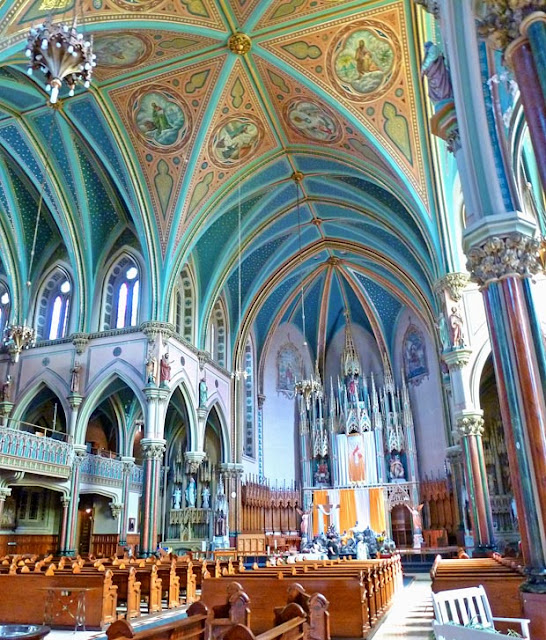 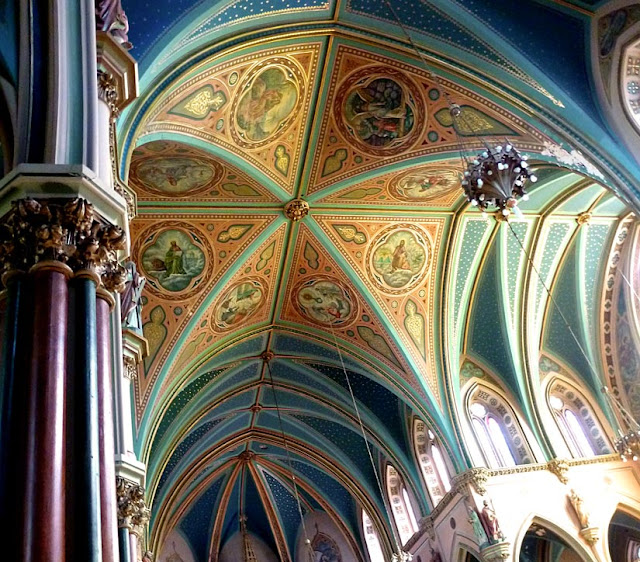 Above are three pictures I took inside the church. When we left, we drove a few blocks north to walk around in one of Montreal's biggest outdoor markets, le marché Jean-Talon.
Posted by Ken Broadhurst at 08:56