It was only two weeks ago that we were in Montreal — that's the Montreal in Quebec, Canada, not one of the six or seven Montreals that are villages in France. We drove up the road that they call the Northway, or the Adirondack Northway. It starts and Albany and runs in a fairly straight line north to the Canadian border. 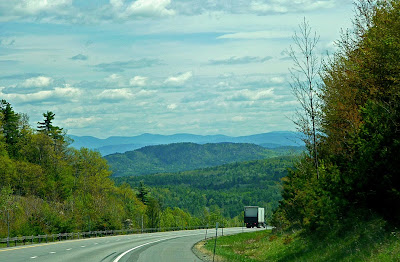 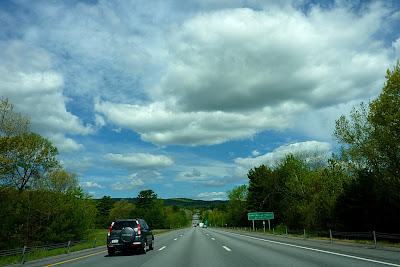 Driving up the Adirondack Northway toward Canada
It was a beautiful day, and our plan was to stop for lunch along the way. It was to be a picnic lunch, because we had packed leftover sandwiches from an Albany restaurant, a box of cookies, and a bottle of Millbrook Pinot Noir wine from the Hudson Valley. 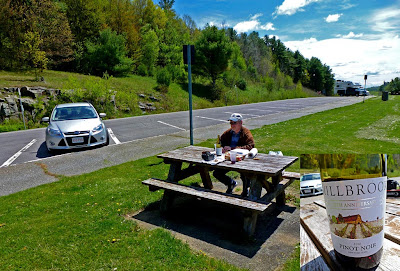 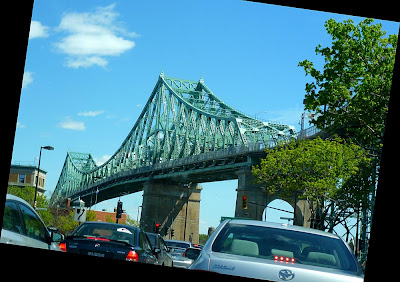 Arriving in Montreal on a beautiful Friday afternoon
meant dealing with traffic jams.
I thought we might go to Lake Placid for lunch, but it turned out to be too big a detour off the Northway and didn't make sense. Our goal was to get to Montreal as early as possible. We pulled into a rest stop on the expressway and had lunch there. It was windy but pleasant, and all the food we were carrying was good. The wine was excellent. 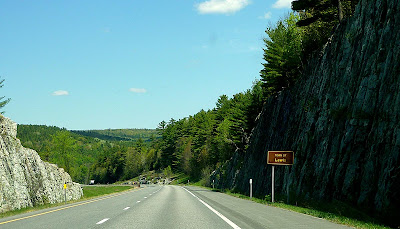 In New York State, towns aren't always
what you expect them to be. 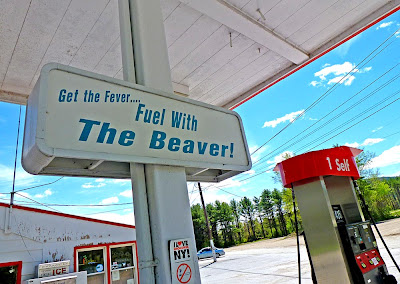 We fueled up the rented Ford Focus at Betty Beaver's near
Lewis, NY. Seemed appropriate, given our weekend plans.
We also had to fuel up the car. We pulled off the highway when we saw signs for the town of Lewis and looked for a service station. There was one on the right, and then another on the left before we got to the town. The prices were high, and we thought we might find a lower price farther from the main highway. We were disappointed and ended up stopping at one of the stations we had seen on the way in as we drove back to the Northway.
Posted by Ken Broadhurst at 07:30