The Hudson River at Albany

Did you know that the Hudson River is a tidal estuary at Albany? New York's capital city is 150 miles / 250 km north of New York City and the Atlantic Ocean, yet there is are high and low tides here every day. 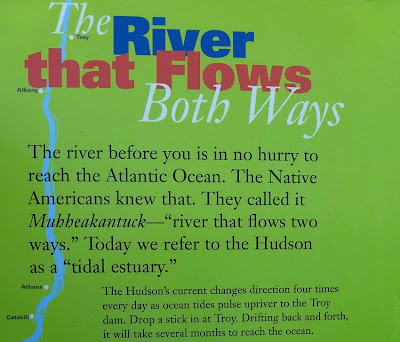 On Monday when we went to have a look at the river walk on the Albany riverfront, we saw driftwood floating northward — upstream, in other words. The tide was coming in. 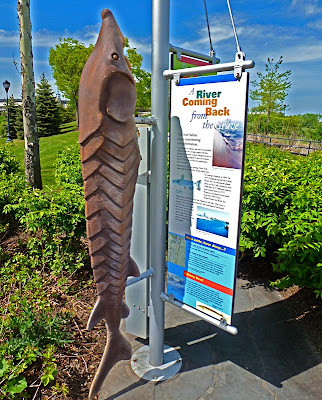 Walt says that when he was growing up in the 1960s and '70s, the river was so polluted that the local people wanted nothing to do with it. In fact, large freeways were built that separated the river from the town, making access to the banks of the Hudson difficult. Nobody cared. 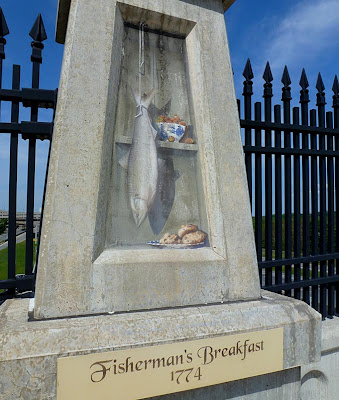 Now the river is much cleaner, if not completely pollution-free. We saw people fishing in its waters. There's a pedestrian bridge over the highways so you can walk from downtown Albany and take a stroll on the river walk. 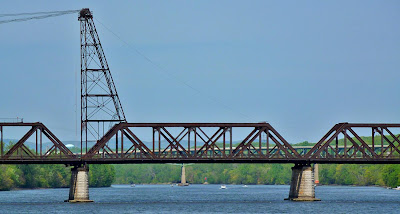 Yesterday was a very busy day. More about that later. In a few hours, we'll be on the road, headed toward Montréal, which is four hours north of here by car. We'll spend two nights there and then a night in Burlington VT before getting back to Albany Monday evening.
Posted by Ken Broadhurst at 08:07