It's Monday morning in Albany. Of course it's lunchtime in Saint-Aignan, so I'm hungry. I've been hungry since the very beginning of the trip last Friday morning. We had two — count'em, two! — little lunches at CDG airport Friday as we whiled away the time waiting for our departure hour to arrive.

They weren't big lunches, just sandwiches. French sandwiches first, on a section of baguette with poulet (chicken) and crudités (lettuce, tomato, etc.) for me and tomates and mozzarelle for Walt. We walked many hundreds or thousands of steps all around the airport between 11 a.m. and 4 p.m., so it was inevitable that we'd want a second little lunch. That one was what they call a [vrahp] in France — a wrap. Some curried chicken and vegetables wrapped up in a kind of tortilla. TMI, maybe. 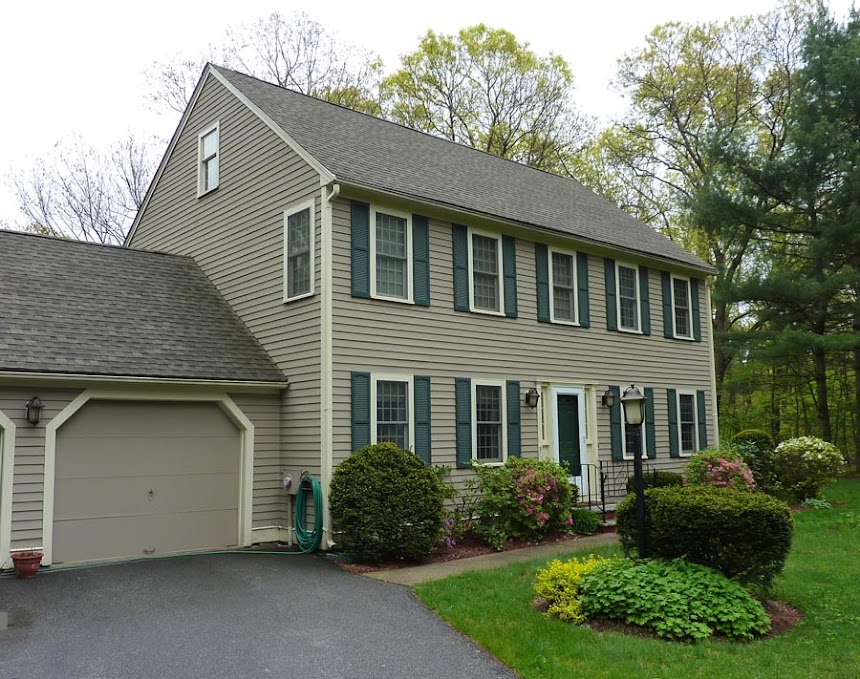 A typical house in the Boston suburb of Sudbury, Mass.
It's an example of what's called "colonial" style.
Anyway, the jet lag has made it even worse. At breakfast time here, it's lunchtime in France, so I'm ready for some bœuf bourguignon or a poulet rôti at 6 in the morning. Then at lunchtime here, it's dinnertime there, and I'm ready to eat again. Maybe some lobster (!) or an omelet. A few hours later here on the U.S. East Coast, everybody starts having dinner, and even though it's after midnight in France, well, you just join in. You "eat along" — it's like singing, but with calories. 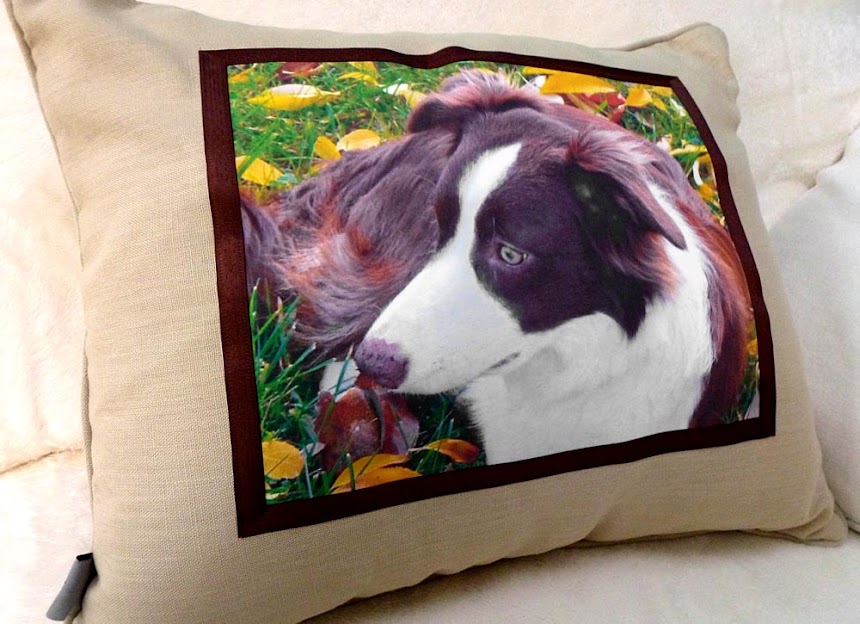 Our friend Lorraine surprised us with this gift: a Callie pillow.
In France, voters "threw the bum out." That's just an expression, and not meant (too much) as a slight against Nicolas Sarkozy. We are going to be interested to go back to a socialist France. I wish I had been in Paris yesterday to witness it all. I was there in 1981, the last time a left-wing candidate defeated the right-wing candidate in a presidential election, and the atmosphere was quite effervescent. 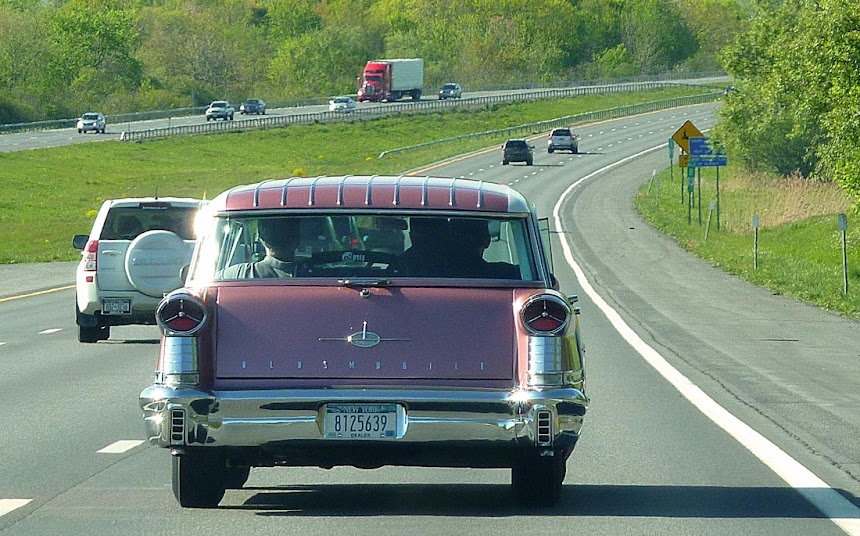 No, this is not our rental car, but a 1950s Oldsmobile wagon...
Yesterday we left Massachusetts after a breakfast and a brunch — I had almost forgotten about that mealtime — but we didn't have lunch. As soon as we heard the French presidential election results, we hit the road and headed west toward Albany on the Mass. turnpike. Walt did the driving and I gave the advice. He tolerated it but didn't follow it much. 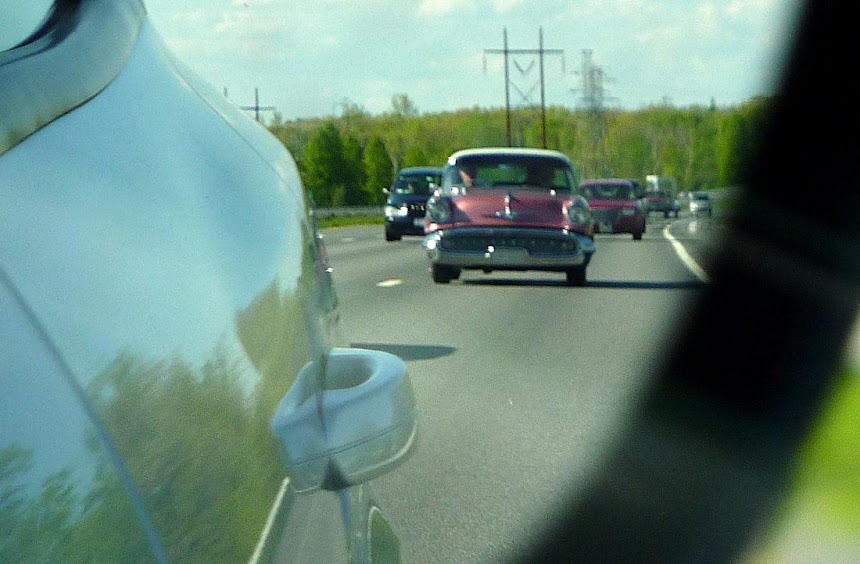 ...that we saw on the highway as we entered New York State.
When we arrive at our Albany friends' house, at 5 p.m., there was — guess what! — food! Roasted turkey breast, mashed sweet potato, salad, cheese, and wine. Oh, and some chicken wings that Walt and I went and picked up at a local restaurant. Luckily we hadn't had lunch. Then we went for a mile-long walk around the neighborhood... before going out for some ice cream from a well-liked local ice cream shop.

I took hardly any pictures yesterday, and I posted all the good ones from Saturday yesterday morning. So here are two or three photos anyway.
Posted by Ken Broadhurst at 07:30