One final post from Saint-Aignan for now: I'll be posting at my U.S. travels blog starting next week, if I can.

Yesterday I took the dog out for her afternoon walk. We wandered through the rows of vines and ended up out on the paved road that is the Route Touristique. 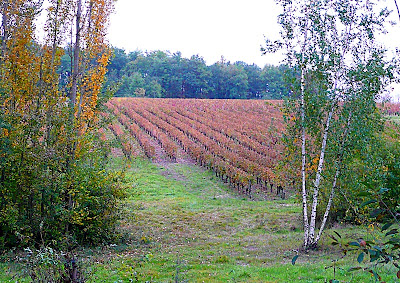 Rows of vines with brown leaves after the first frost of the season
As we walked, I noticed a spot of bright red color off in the woods, maybe 30 yards/meters from the road. There wasn't much undergrowth right there, so we went to see what it was. It was strange, that's what it was. 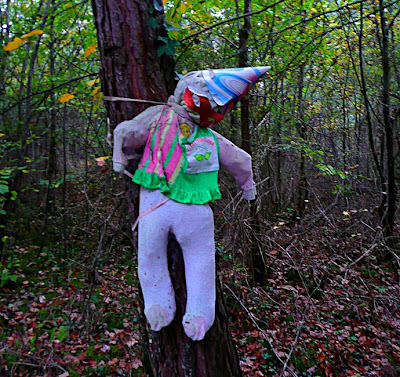 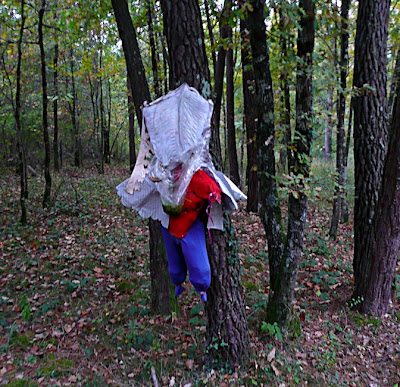 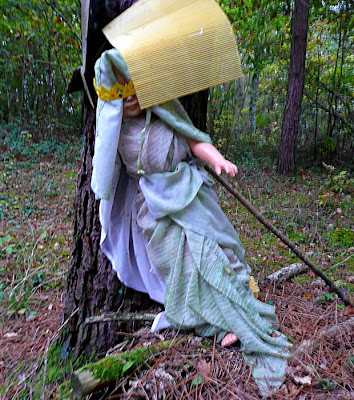 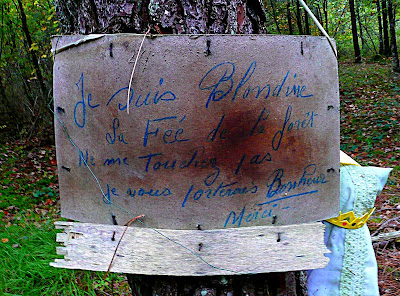 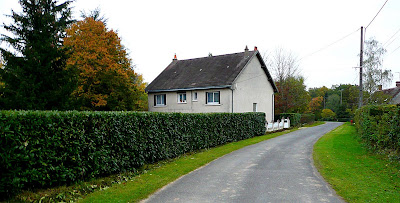 Our house with the nicely trimmed hedge, thanks to Walt
26 October 2007 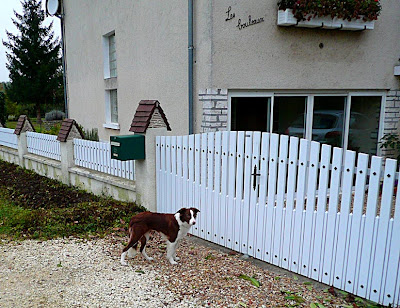