Walking through the courtyard of the Louvre

We left the Madeleine area and took the metro at the Place de la Concorde, heading toward Hôtel de Ville. I thought we'd get off the metro there and walk over to Notre-Dame, which was Janice's sightseeing request for the day. 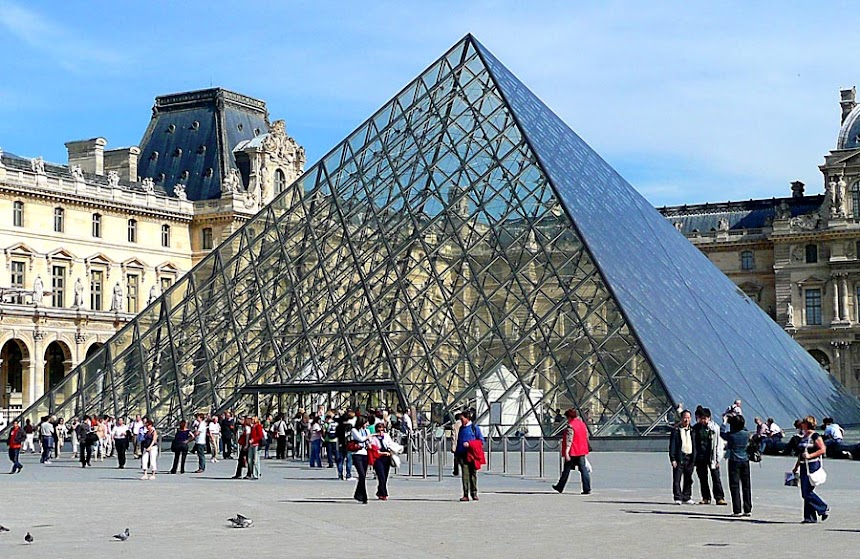 La Pyramide du Louvre, which is the museum entrance


Instead, we rode just two stops and arrived at the Palais Royal station. I suddenly remembered the Pyramide du Louvre and I told J & J we'd be getting off the train here. Hurry! The weather was beautiful, it was just mid-afternoon, and we'd have time to walk through the Louvre to see the Pyramide and the Cour Carrée, cross the Seine on the Pont des Arts, cross over to the Ile de la Cité on the Pont Neuf, and then make our way through the Place Dauphine to the cathedral. That wouldn't take long. 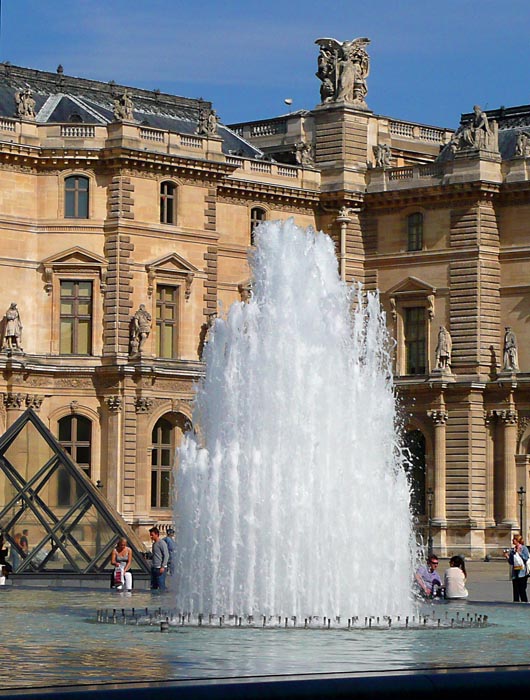 
When the Pyramide was built in the 1980s, a lot of people thought it was scandalous to put such a modern looking structure down in the middle of a courtyard surrounded by the fine old buildings of the Louvre. Personally, I thought it was a big improvement over what was there before. I guess I'm not a traditionalist. 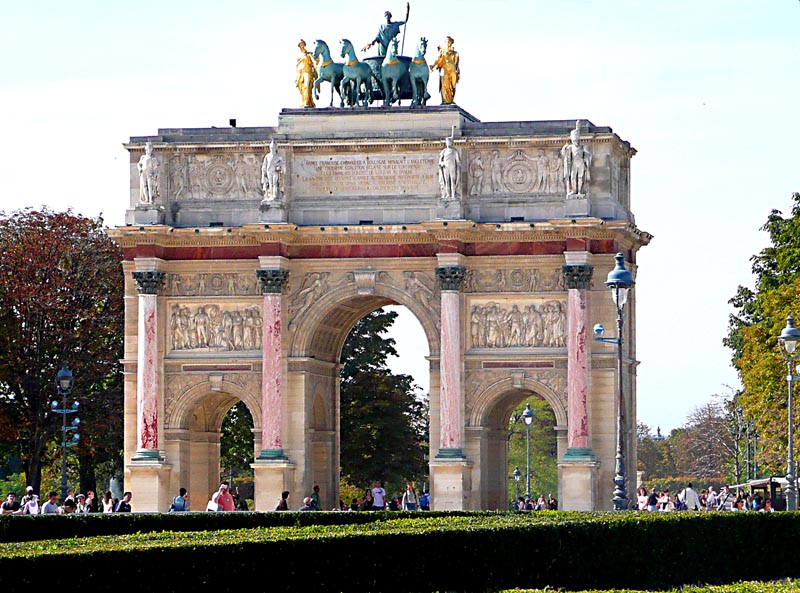 
I have a memory of going to the Louvre back in the early 1970s — it must have been the first time, and maybe it was in 1970, when I had decided to go to Paris for the two weeks of our spring break from school in Aix-en-Provence. Three of my memories of that stay are: taking to metro over to Les Halles before the last of the old Pavillons Baltard were taken down and seeing and smelling the chaos that was the Paris central market; walking around the park at the Palais de Versailles in a March snowstorm, dodging the big wet flakes; and going to the Louvre and not being able to find the entrance to the museum! 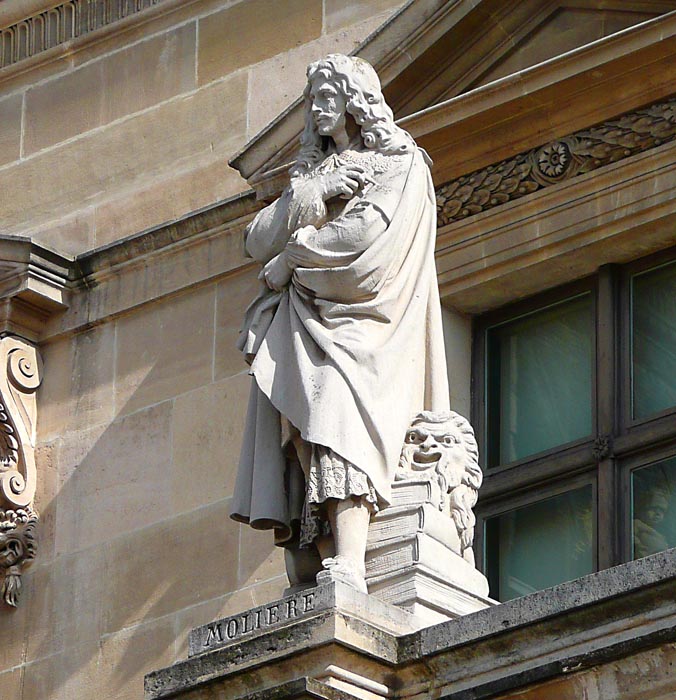 Molière, one of the many great French writers
whose statues adorn the exterior walls of the Louvre


I can't remember if the courtyard where the glass pyramid now stands was already a parking lot in 1970, but I do know that it was a parking lot at some point in the 1970s. There were some old trees in the space too, but mostly there were cars. They might have been museum employees' cars, but they might also have been cars belonging to employees of the Ministry of Finance, which at the time occupied the Pavillon Richelieu, the long building along the north side of the courtyard and on the Rue de Rivoli, which is nowadays fully a part of the Louvre museum. 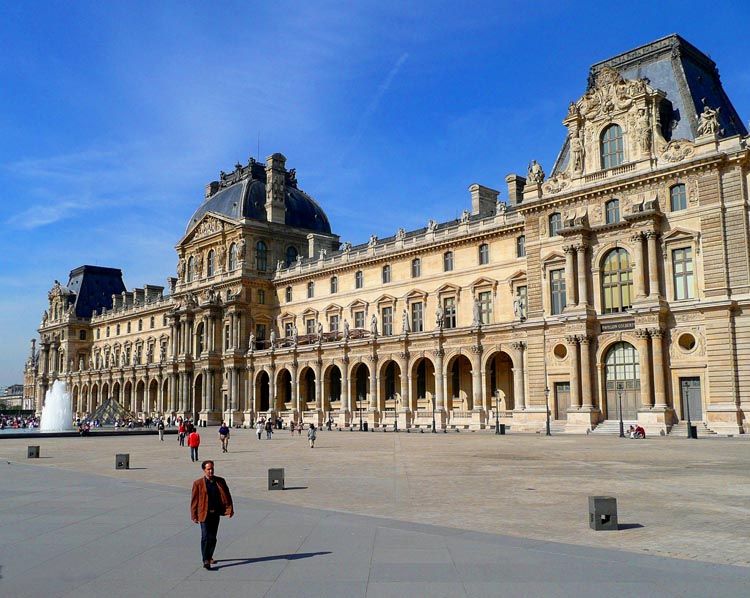 
The entrance to the museum was a nondescript doorway (if you can say that about the Louvre) that wasn't particularly well marked as such. I think you just had to know that the wonders of the Louvre's collections were accessible through that big, plain green doorway in the Pavillon Denon. I eventually found it that day in 1970. 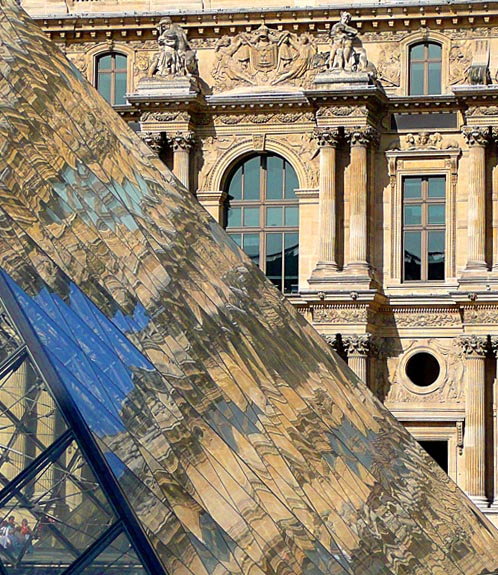 Reflections of the Louvre in the glass of the grand pyramid


The Pyramide du Louvre, even if the space under it has been compared to the kind of wide open hall you'd find in a train station or an airport, is a lot better than a parking lot, from my point of view. At least it's monumental, as are the buildings surrounding it, and it's pretty obviously the main entrance. 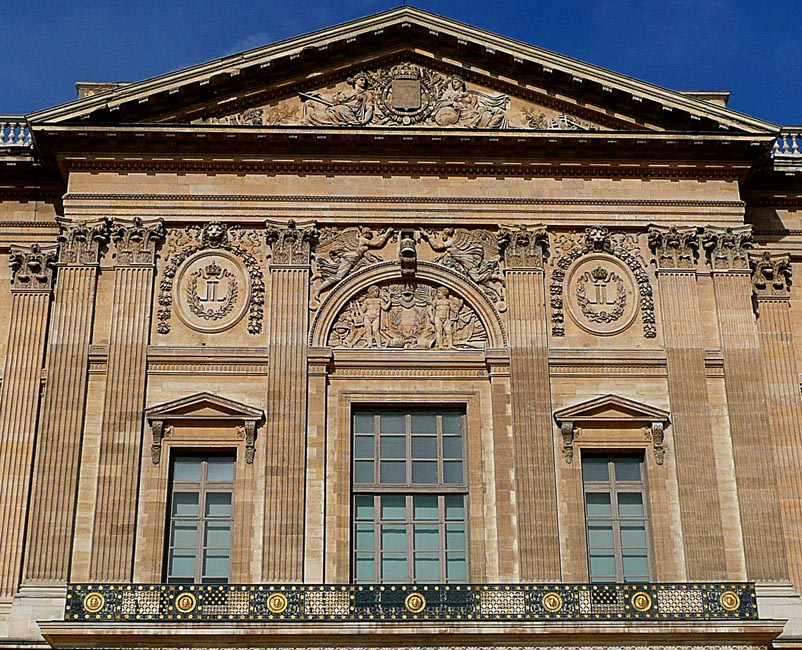 
Janice asked why the Louvre was built, what purpose it served before it was a museum. It's a good question and I bet a lot of people don't know the answer. It was the site of the king's château beginning with Philippe Auguste (Philip Augustus), Richard the Lionheart's friend, in the early 1200s. That original château was demolished by another great builder-king, François 1er (Francis I), in the early 1500s. Francis built himself a new Louvre, and others added buildings to the over the years. 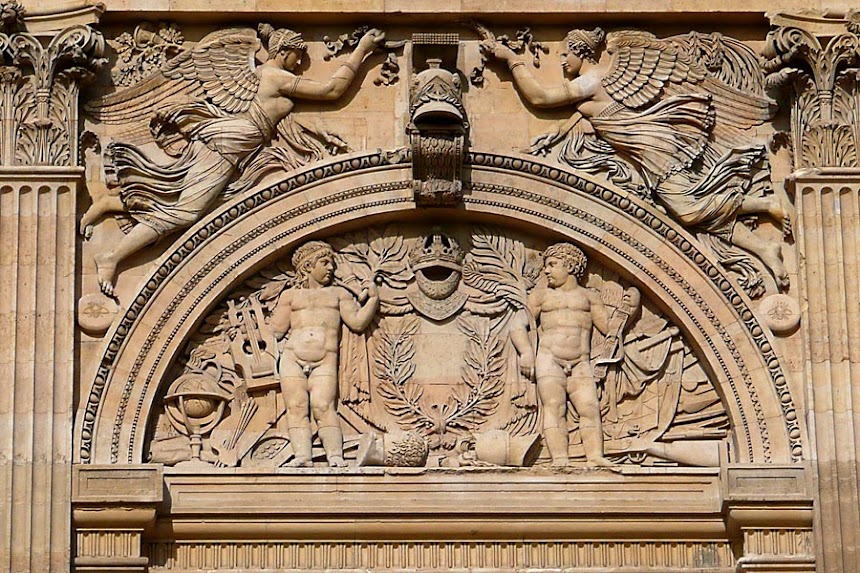 
In the 1600s, Louis XIV, the Sun King, had Versailles built as the main royal residence. By 1720, the Louvre was completely abandoned by the royal court under Louis XV. It was divided up into dwellings and was home to an artists' colony. Stovepipes stuck willy-nilly out the windows along the old façades. Taverns and shanties were built along the walls, and by 1750 the place was so dilapidated that some wanted it demolished. One of Louis XVI's ministers saved it for posterity. 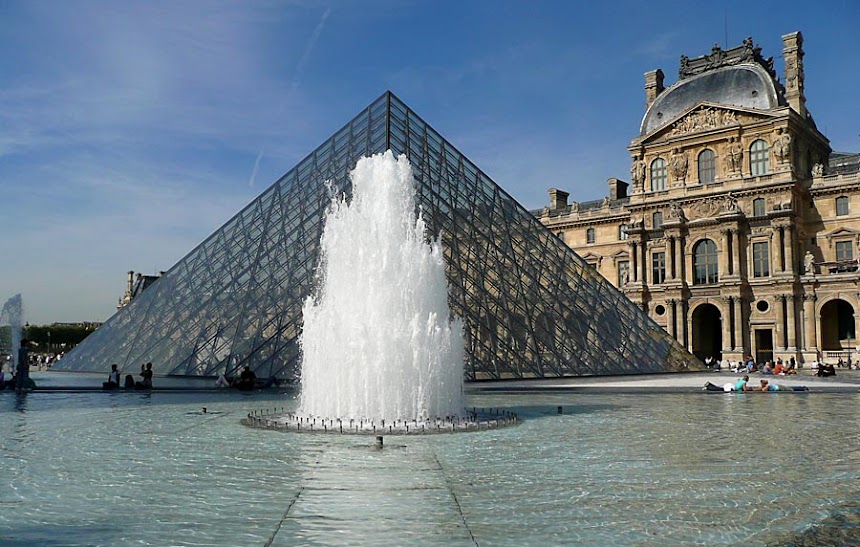 
Anyway, the place has a long and not always glorious history. François 1er, a great lover of Italian art and patron of Leonardo da Vinci, started putting paintings into the rooms of the new Louvre he had built in the early 1500s. A century later, Louis XIII had put together a royal collection of some 200 paintings. 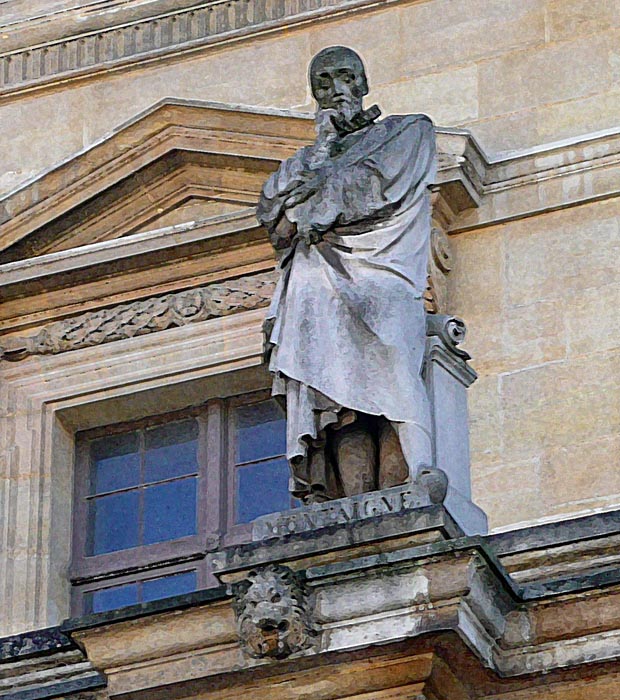 
By the time Louis XIV died in 1715 after a 75-year reign, his collection numbered 2,500 paintings scattered through many royal palaces around the country. That royal collection was the basis for the Louvre museum, which was established at the time of the French Revolution at the end of the 1700s. Nowadays, the collection includes hundreds of thousands, if not millions, of works of art.

* We are such fools: "That man wasted his life doing nothing," we say; [or] "I haven't accomplished anything at all today." — Really! Did you not live? That is not only the most fundamental but the most illustrious of our occupations.
Posted by Ken Broadhurst at 18:46