In two weeks, I'll be going back to Paris again. This time, Paris will be a stopover on my way to the U.S. That weekend, I'll fly to Atlanta with a friend and spend a few days visiting some other friends (Evelyn and her husband) who live in northern Alabama. Then I'll fly on to the North Carolina coast for nearly three weeks with my family there, returning to France just before Thanksgiving. 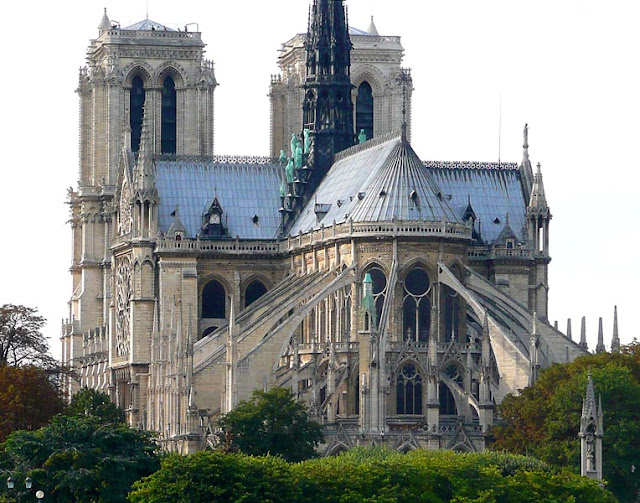 Notre-Dame and its flying buttresses

In Paris, I'm planning to have dinner with some people I have never met before. One of them participates in an Internet forum I spend time on. They are a couple from California who have actually met some people that I do know personally, and given my friends' recommendations I'm sure I will have a good time. 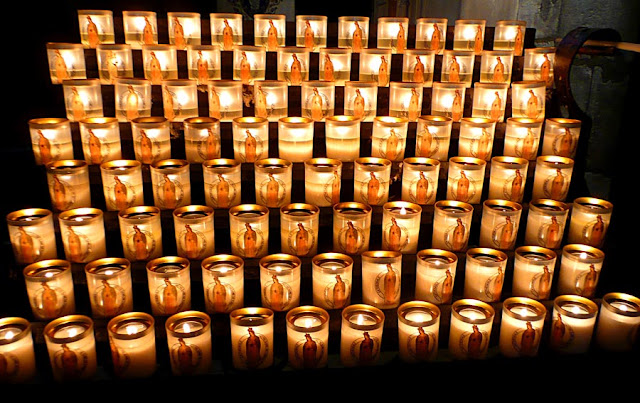 Right now I'm exchanging e-mails with the couple from California — they are already in Paris. We are trying to decide where to have dinner, and leaning toward a place called Aux Lyonnais near the Paris Stock Exchange, in the Rue Saint-Marc. It's a restaurant that is part of the Alain Ducasse group. It doesn't appear to be too expensive, and the food should be excellent. 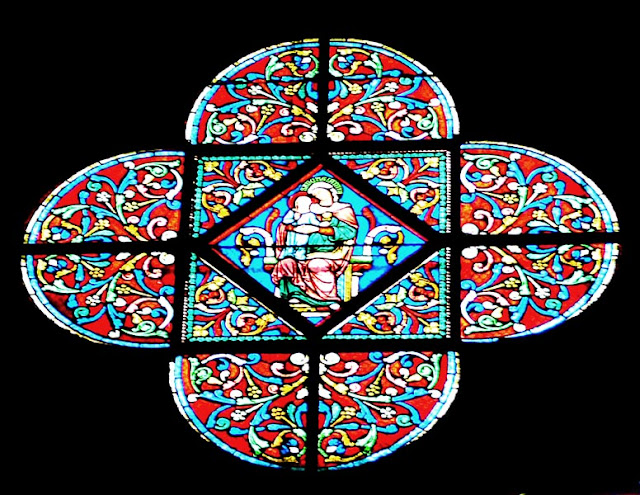 A stained-glass window in Notre-Dame cathedral

Over the past few years, Walt and I have met quite a few people via the Internet. Some are people who've contacted me because of this blog for one reason or another, but most are participants in Internet discussion forums where Americans and British people who ofen travel to (or who live in) France exchange information and opinions. 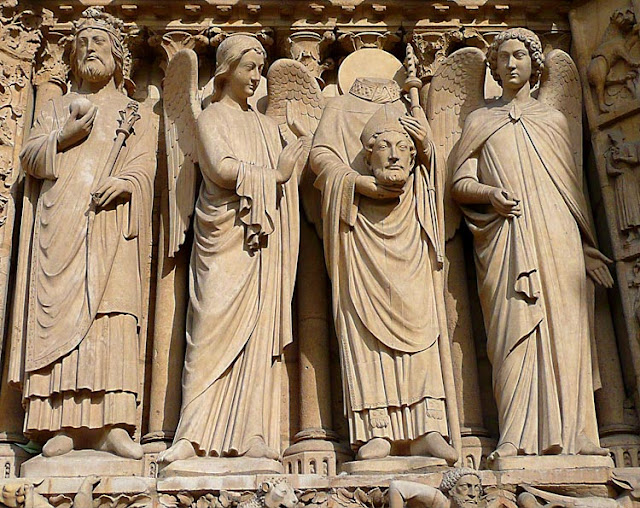 I can't identify all these figures carved into the façade of Notre-
Dame, but I think the one holding his own head must be Saint Denis.
He is said to have walked north several miles after being beheaded,
and a great church was built where he finally dropped,
just north of Paris.

For the past few weeks, I've felt a little like Saint Denis myself. My head, even if still on my shoulders, was not screwed on straight because of the bout of bronchitis I lived through. I'm better now. Yesterday Walt and I picked up apples again — about eight wheelbarrow-loads. That makes at least 15 wheelbarrow-loads we have picked up over the past week, and maybe 20. Nearly all the apples go directly into the compost pile. 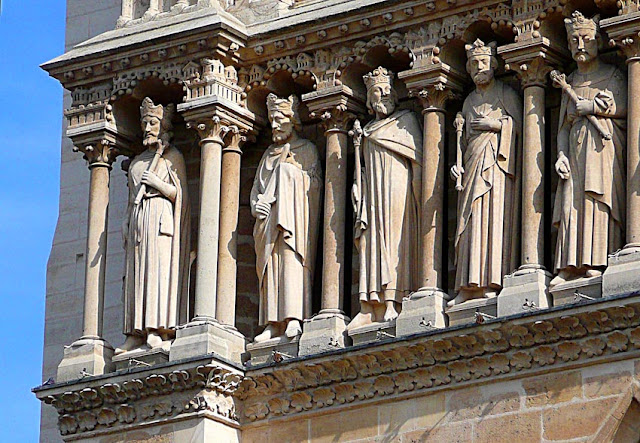 A row of kings carved into the façade at Notre-Dame

People have suggested that we sell all these apples, or at least give them away. The problem is, everybody here seems to have several apple trees. We have five of them, and all our neighbors have at least as many. The fact is, the apples we have the most of, since they grow on our largest apple tree, are not that good to eat. We can make good applesauce with them, and I've made very good apple jelly out of them, but we already have more applesauce in the freezer and more apple jelly in the pantry than we know what to do with. 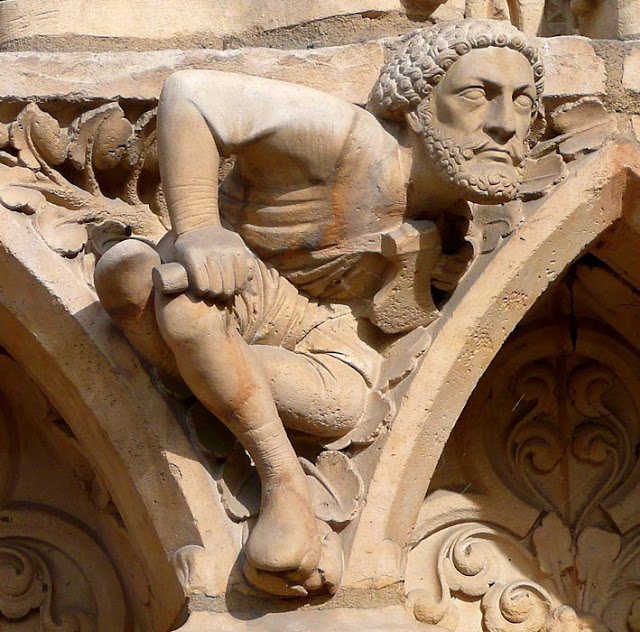 Now that the apples are cleaned up, Walt can mow the grass one last time before wintertime weather sets in. Over the next two weeks before I leave for my trip to the U.S., we still have to get the vegetable garden cleaned up, which means pulling out all the tomato, eggplant, pepper, and zucchini plants and tilling up the soil with the rototiller. Then we'll be in good shape for next year's gardening season. We are hoping that next year's garden will be more productive than this year's was.
Posted by Ken Broadhurst at 07:30