If you've been to Paris, you've probably seen it, at least from a distance. If you haven't been to Paris, you might not know about it. It's the "new" city outside the old city. It's on the west side, out past the Arc de Triomphe, and it's called La Défense. Since the 1980s, it has had it's own grand arch — aptly named the Grande Arche de la Défense. 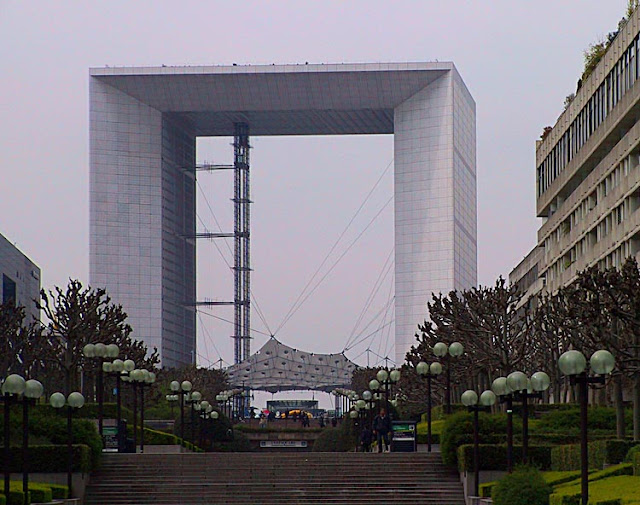 The 19th-century, Napoleon-era Arc de Triomphe in Paris is a monument to the emperor's victories on the battlefield, and to the officers and soldiers who served and died in battle. The 1980s Grande Arche is an office building. That says a lot about how the world has changed over the past two centuries, I guess. 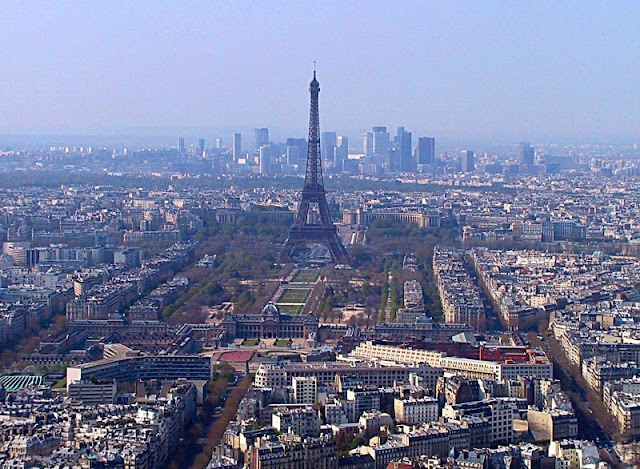 La Défense on the horizon behind the Eiffel Tower,
seen from the top of the Tour Montparnasse

The new city outside Paris is an office park. Planning started in the late 1950s and construction of a first generation of buildings began in the 1960s. The goal of the authorities and the planners was, at least in part, to take the pressure off central Paris and make sure skyscrapers built on the edge of the old city rather than in the center. The Tour Montparnasse, which many still consider a blight on the city, went up between 1969 and 1972, causing a great hue and cry. 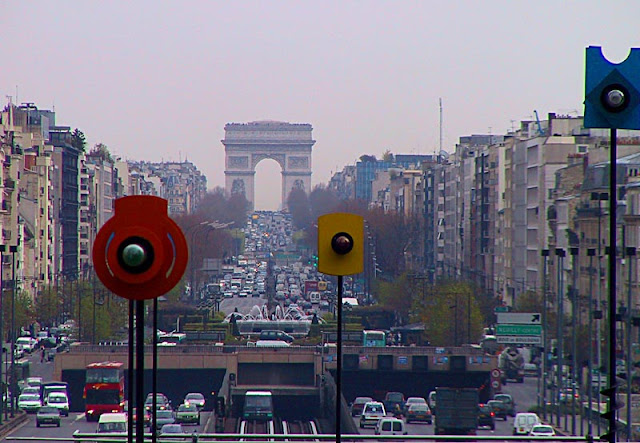 View of the old Arc de Triomphe from La Défense

A second generation of still taller buildings at La Défense starting going up in the 1970s. The area that is now La Défense had been occupied by factories (mostly the auto industry) and shantytowns (bidonvilles in French). Then the oil crisis brought on economic hard times and building stopped for several years. 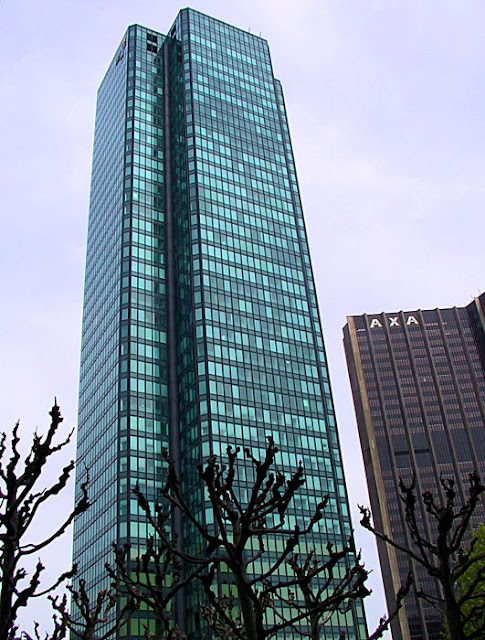 In 1974-76, I lived not far from La Défense, in the town of Asnières-sur-Seine. I remember riding the train to the do grocery shopping there in what at the time was a huge supermarket. The whole place was a big construction zone. For me, coming from small-town North Carolina and the University of Illinois, it was terrifying in a way. I had never seen such a place, which resembled a new city in the making and a ghost town at the same time. It was spooky. 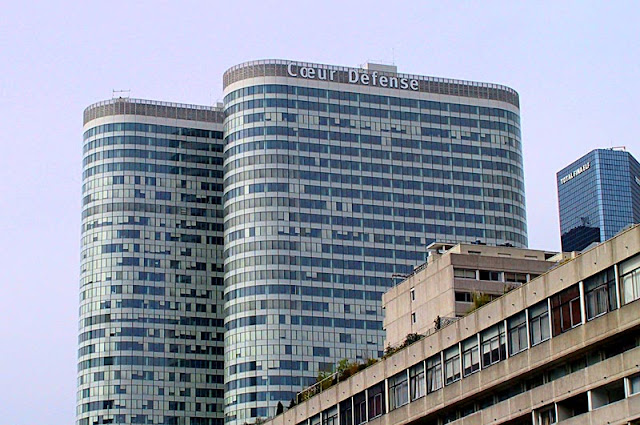 In the 1980s, the pace of construction accelerated. The Socialist president, François Mitterrand, organized an architectural competition for the construction of the Grande Arche. Hotels and a big shopping center were built, and the Paris metro's no. 1 line was extended out to La Défense, integrating it more into the city. Today, something like 150,000 people work there. 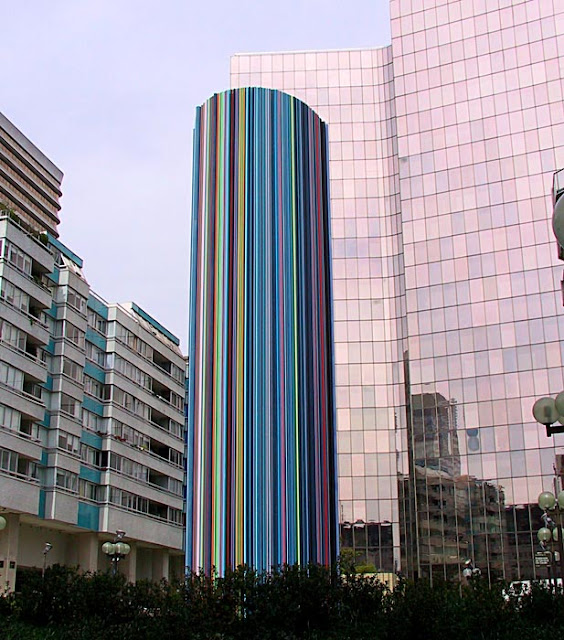 I think the striped building is aventilation shaft
for the underground shopping center and parking garages.

I know a lot of Americans who come to Paris are curious about La Défense, but they often think going out there would be time wasted. It's Chicago-like compared to central Paris's old monuments and narrow streets. But it's all a matter of priorities. If you have time, it's interesting to see how the French approached the task of building a new city in the late 20th century.

By the way, all the pictures in this post are ones I took in April 2002 with a Canon Pro90 IS digital camera, a model that was discontinued years ago.
Posted by Ken Broadhurst at 08:57