Taking a break from Saint-Aignan

As far as I know, I won't have access to a high-speed Internet connection while I'm in North Carolina, so I probably won't be posting much. If I do post, I plan to put topics about my American trip in a blog I started last year when I was over there.

So if there's nothing new here, check my U.S. East Coast blog.

* * * *
P.S. I finished tilling up the garden this morning. That was the big thing I wanted to get done before I left for the U.S. It will likely be too cold and rainy in late November, when I get back, to finish the job if I left it unfinished. 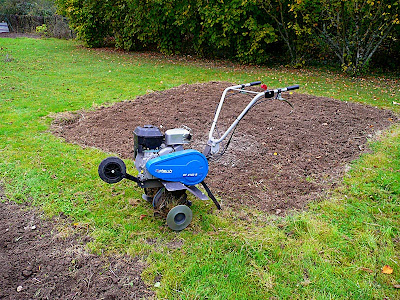 The gardener's best friend, the rototiller 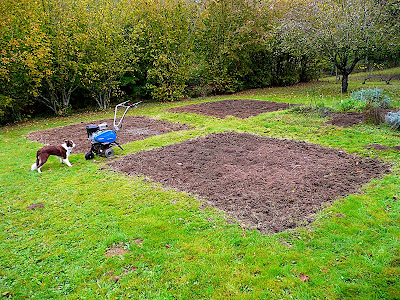 Callie loves to chase and bark at the rototiller.
Here, she's just waiting for it to move again.
Now the garden will be ready to plant, after another tilling, in spring. Let's just hope we have a normal spring and summer next year, rather than this past season's hot April and chilly, damp summer months.
Posted by Ken Broadhurst at 08:31