La Défense — why that name?

La Défense means exactly what you would think it means: the defense. But defense of what? 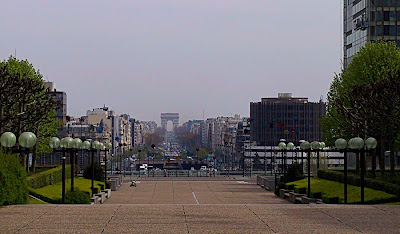 The Arc of Triomphe seen from La Défense
In 1870, long before an office park was planned for the west side of Paris, France was engaged in the first of three wars it would have with the Germans. The first one was the Franco-Prussian War (in French, La Guerre Franco-Allemande). The German armies rolled over the French in several battles in the eastern part of the country. Napoleon III and many thousands of French soldiers were taken prisoner. 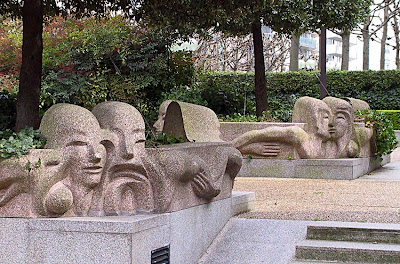 Modern artwork at La Défense
In Paris, a coup put a national defense government in place. With the eastern battles won and Napoleon III a prisoner of war, the Germans mounted a siege to try to take Paris. They surrounded the city with as many as 400,000 soldiers, but Paris was well protected — forts had been built all around it. The German military headquarters were set up in Versailles, southwest of the city. 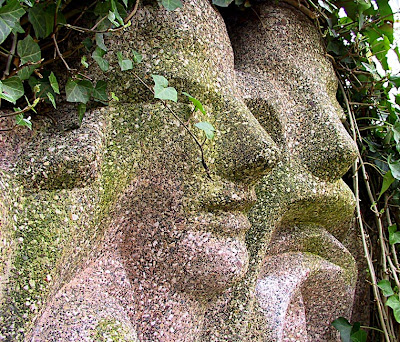 Seen at La Défense
The people of Paris organized themselves into a defensive force and the Germans never did take control of the French capital. Or at least not until the France's provisional government outside Paris signed an armistice a few months later and let the German forces in for a symbolic occupation of the Champs-Elysées. Meanwhile, the Germans had bombarded the city with artillery fire and the people of Paris, cut off from the outside world, had suffered great deprivation. 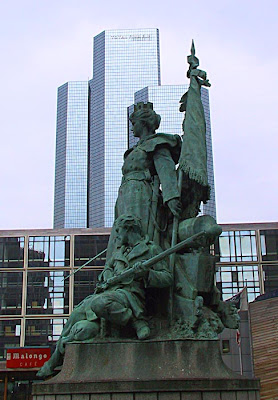 The old Défense de Paris monument
That was La Défense of Paris. In the 1880s, a grand bronze sculpture was erected out on the western edge of the city to the glory of the soldiers who had defended the city against the Prussian armies. Soon the whole surrounding neighborhood, which became an industrial center, was called by that name: La Défense. 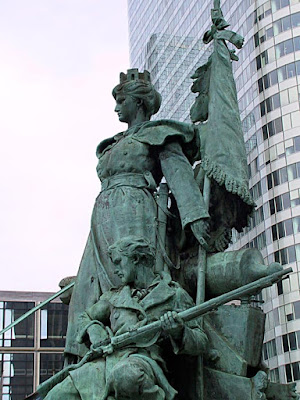 The sculptor was named Barrias
The bronze statue is still there — it was moved to the esplanade of the new business center. It's dwarfed by all the big buildings, of course. All the old industrial facilities and 25,000 residents of the quarter were relocated when the current "business city" was planned and construction began.
Posted by Ken Broadhurst at 09:25