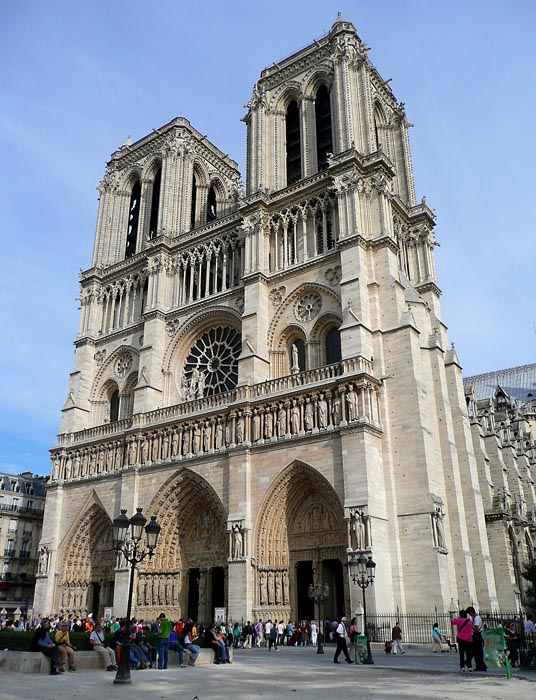 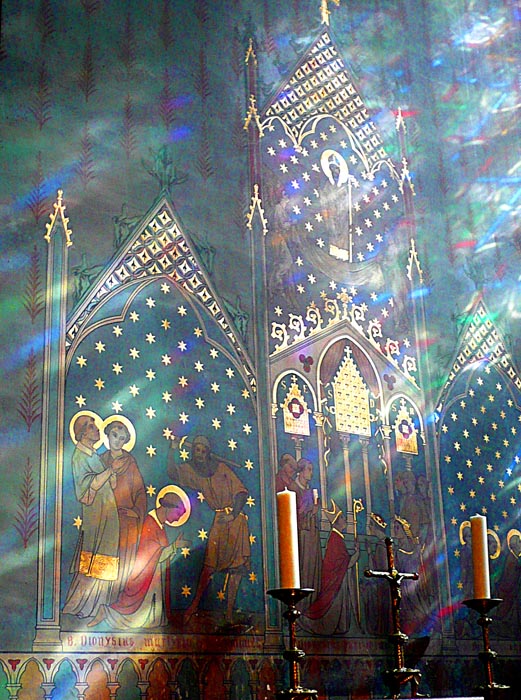 Sunlit artwork in one of the side chapels

I've been trying to remember the last time I actually went into Notre-Dame. It might have been in 1988, when Walt and I spent a week in Paris after having gone six years without any trips to France at all. One of the things we did on that trip was to go up to the top of the cathredral towers, for the views. Again, I don't know if I had ever done that before, and I know I haven't been up there since then. 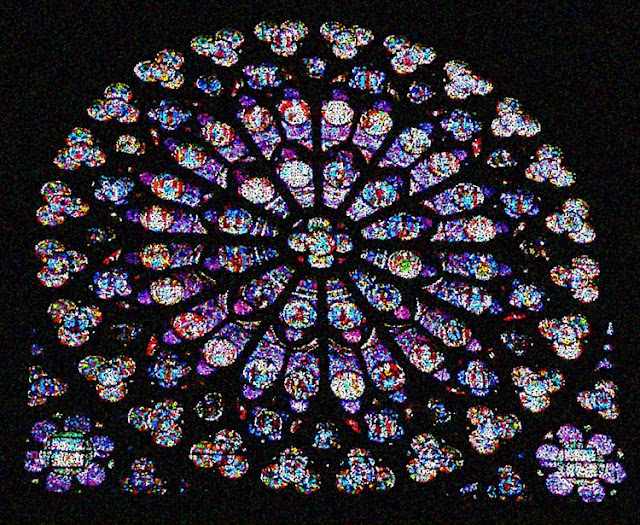 Maybe I went into Notre-Dame in 1997 when I was in Paris with my mother and my niece, but I can't remember. This time, my sister decided to sit this one out. I was carrying a shoulder bag with our jackets (we didn't need to wear them) and some of our purchases in it, and you aren't allowed to take bags like that into the church. So Joanna volunteered to sit outside in the nice weather and keep the bag so that Janice and I could go into Notre-Dame. 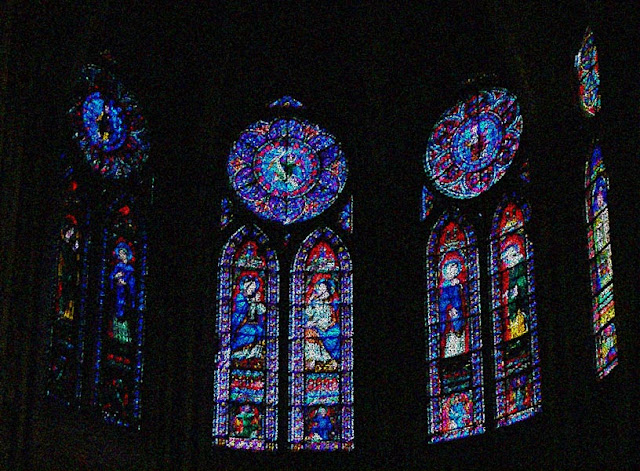 Glass above the chancel

It was crowded but not as crowded as I thought it might be. I believe it is the most-visited tourist sight in Paris, ahead of the Eiffel Tower. I read that somewhere. There's usually a line to get through the front doors, but it moved pretty fast on this Friday afternoon. There is a separate line for people who want to climb up into the towers. It doesn't move fast, and we didn't do that. We had been up to the top of the Eiffel Tower earlier in the day, after all. 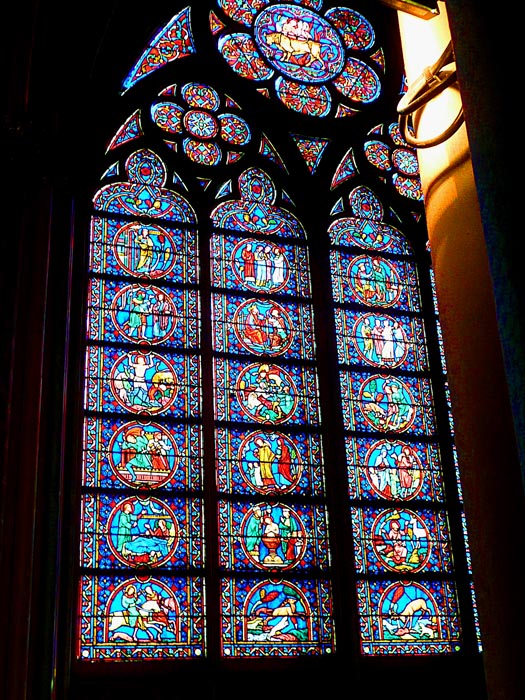 One of the best places for good views of the center of Paris used to be the rooftop café-restaurant of the Samaritaine department store at the north end of the Pont Neuf. Unfortunately, the Samaritaine has been closed for a year or two now. Inspectors said that the building itself, an Art Nouveau masterpiece built in the early 20th century, was unsafe and ordered it closed. I haven't heard whether work to reinforce and refurbish it is under way. It's a real shame. It was a great store, and it had a great observation deck. 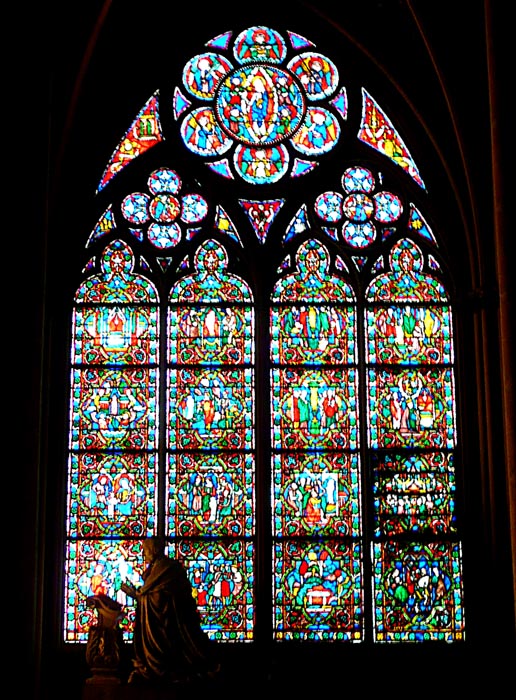 Notre-Dame cathedral much, much older, of course. It was built in the 12th and 13th centuries. It has been restored and refurbished many times over the centuries — most notably by Viollet-le-Duc in the mid-1800s — and restoration work continues today. The building itself is described in the Michelin green guide as "one of the supreme masterpieces of French art," and it can accommodate a congregation of 9,000. In the 1970s, the building itself was cleaned, removing a layer of black grime and soot that had built up over the decades and centuries and giving it its current fresh look.
Posted by Ken Broadhurst at 08:57