The Seine from the Pont des Arts

It was September 21, 2007, the last day of summer, and the day lived up to its name. The sun was bright and hot. The sky was blue with just the lightest haze in the afternoon. We had just emerged from the Cour Carrée of the Louvre and were walking across the footbridge called Le Pont des Arts. 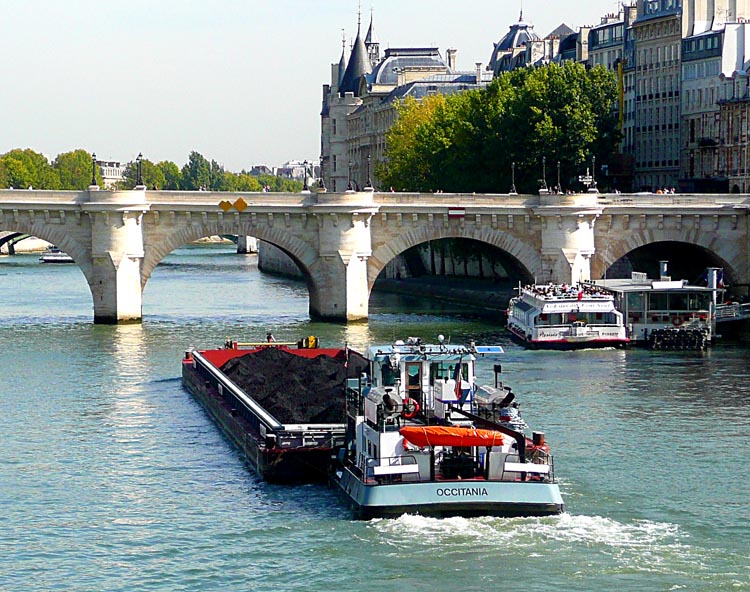 A working tug, the Occitania, pushing a barge load of coal
or asphalt up the Seine toward the Pont Neuf
As often happens, a couple stopped us and asked me if I could take their picture with the Ile de la Cité and the Vert Galant in the background. I said yes and they handed me their camera; they could see that I was carrying a camera myself. 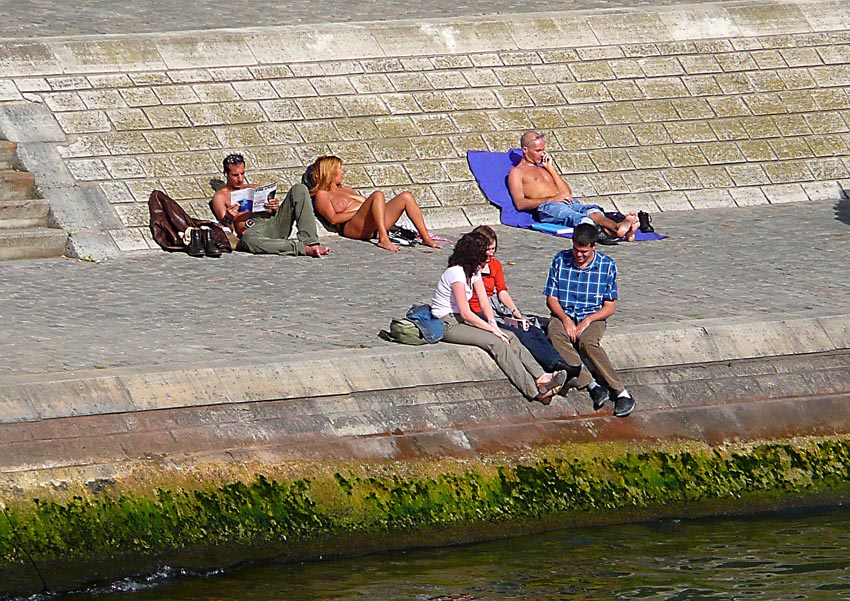 Sunbathing along the Seine near the Louvre
Joanna, Janice, and I had joked about people handing their cameras to strangers to have their pictures taken. What happens if the photographer you've pressed into service just turns and takes off running with your nice digital camera? 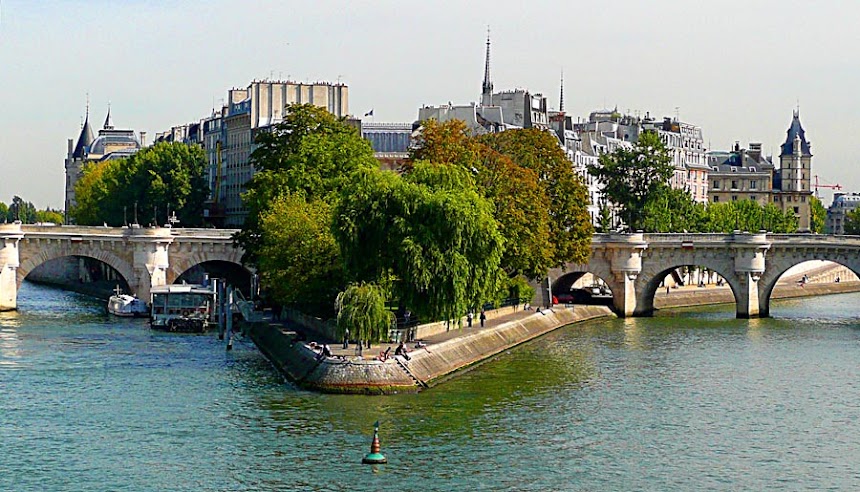 Le Vert Galant at the west end of the Ile de la Cité
I told J & J that those people on the Pont des Arts probably figured they weren't really risking much, since they were a lot younger than me. Even if I had turned and run, they probably wouldn't have had too much trouble catching me, at my age. Ha ha ha. 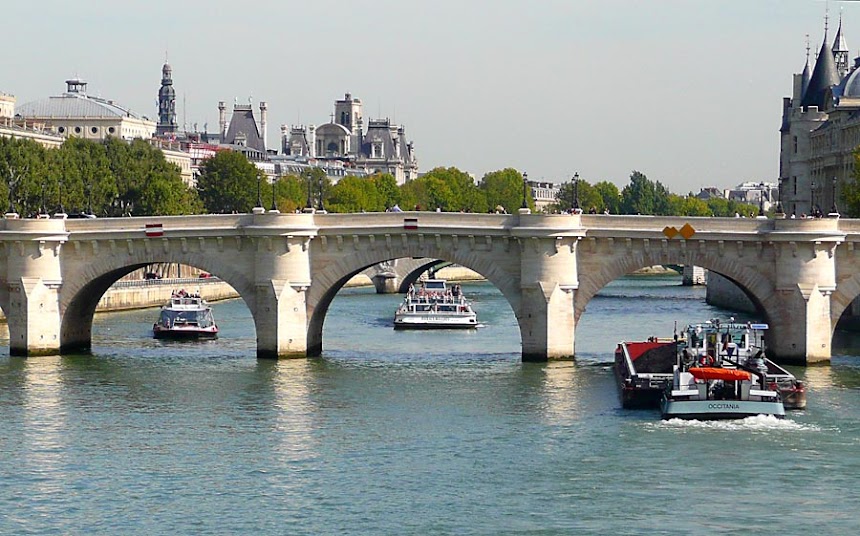 Three boats about to pass under the Pont Neuf at the same time
So I didn't take many pictures with my own camera. We just walked and talked. I did notice the boat traffic on the river, and the people sunbathing on the stone walkways down at river level. One woman was topless — very French, non? 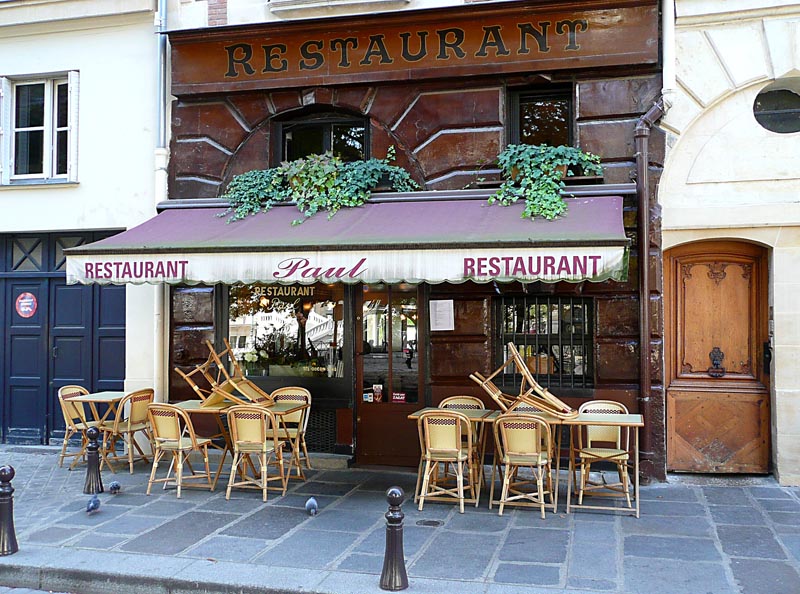 Le Restaurant Paul on the Place Dauphine in mid-afternoon
We walked over part of the Pont Neuf (the oldest bridge in Paris, despite its New Bridge name) an onto the island. I wanted to walk through the Place Dauphine, which is an oasis of calm in the very center of busy, noisy Paris.

As for the Restaurant Paul, I have a memory. In about 1975, a professor from the University of Illinois and his wife took me to dinner there. It was the fanciest restaurant I had been to up to that point, and I was fascinated with the atmosphere and the food. It all seemed very exotic and ultra-Parisian to me, even though I had already lived in France for nearly three years by then. I have to say it was nice of Herb and Margo to invite me!

Two memories: Walt and I had a meal at the Restaurant Paul many years later — it was probably in the early 1990s. It was much less fancy than I remembered, but the food was good.
Posted by Ken Broadhurst at 07:51