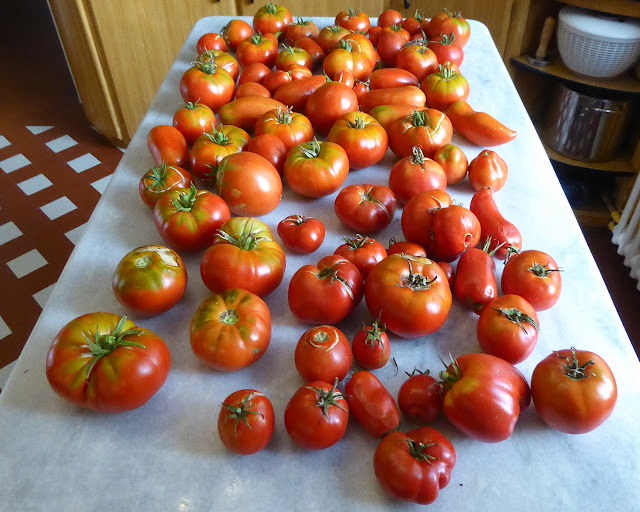 I was upstairs doing some work on my computer yesterday morning. Walt was out, I thought, watering the vegetable garden. When I came back downstairs, he was still outdoors, but a big bucket full of tomatoes was on the table in the kitchen. There was also a basket full of tomates on the floor. He had picked those a couple of days earlier. I decided to lay all the tomatoes out on the kitchen work table and "immortalize" them in a photo. It was also a good way to sort them. Quite a few had been damaged by heat and the hot sun, but they were salvageable, and pretty. Not to mention tasty. 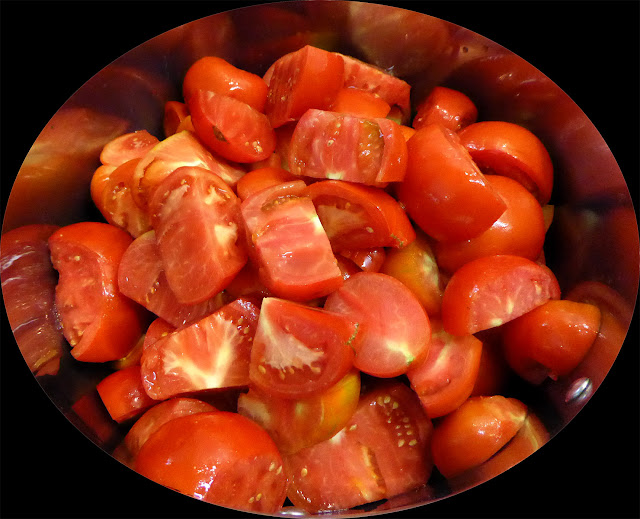 The tomato crop has come in very late this summer (August 2009 post). It's almost mid-September, and looking back at my blog posts from past summers, I see that in some years we already had a lot of tomatoes in early August, and sometimes in late July. Mais mieux vaut tard que jamais... Better late than never. What do you do with a lot of damaged tomatoes? You trim them up, saving the good parts. And then you throw them in a big pot and make a batch of tomato sauce. A good amount of the sauce will go into the freezer for wintertime meals. 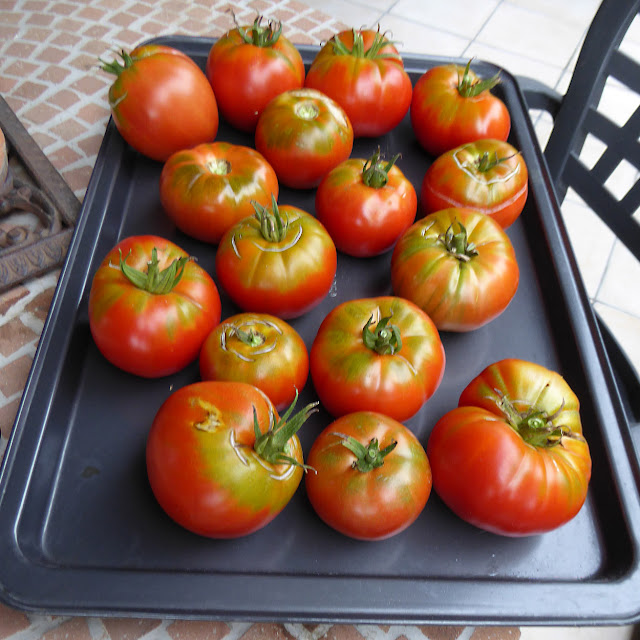 We saved out the best looking tomatoes, which were the ones that looked like they needed to ripen a little more. We'll prepare and eat those in different ways over the next week. With pasta, with mozzarella and basil, stuffed with tuna salad or mixed vegetables in mayonnaise, in tarts with Dijon mustard or quiches with eggs and cream... And there are still a lot of tomatoes out in the garden, ripening on the vines. 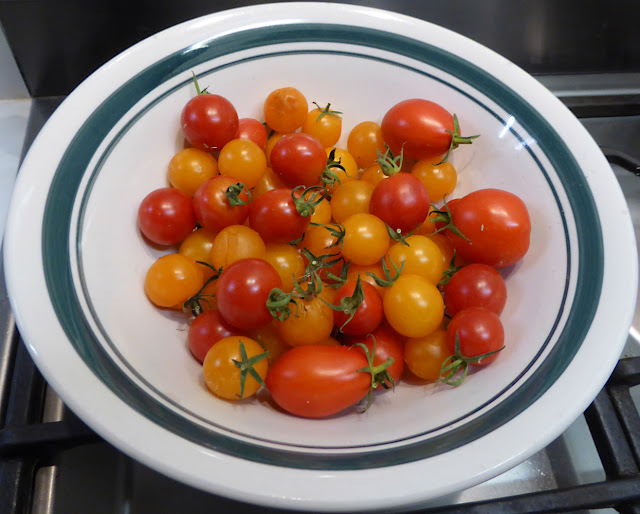 We also have about a zillion cherry tomatoes, some red and some yellow (or orange, I guess). Today I'm going to make what is called a panzanella salad — tomatoes, onions, cucumber (zucchini for us...), basil, toasted croutons, olive oil, and balsamic vinegar.