Storm clouds over the Atlantic

No, this wasn't a hurricane moving in. It was just a cold front passing over Cape Lookout, North Carolina, in September 2002. I had flown in from California to spend time with family. When I got back to California, Walt and I went on a car and camping trip to Yosemite Valley, Death Valley, and the southern California desert. On that trip, I decided to quit my job and start a new life. Burnout! A couple of months later, Walt and I would fly to France and find the house where we have lived since 2003, near Saint-Aignan, on the Cher River, in the Loire Valley region. 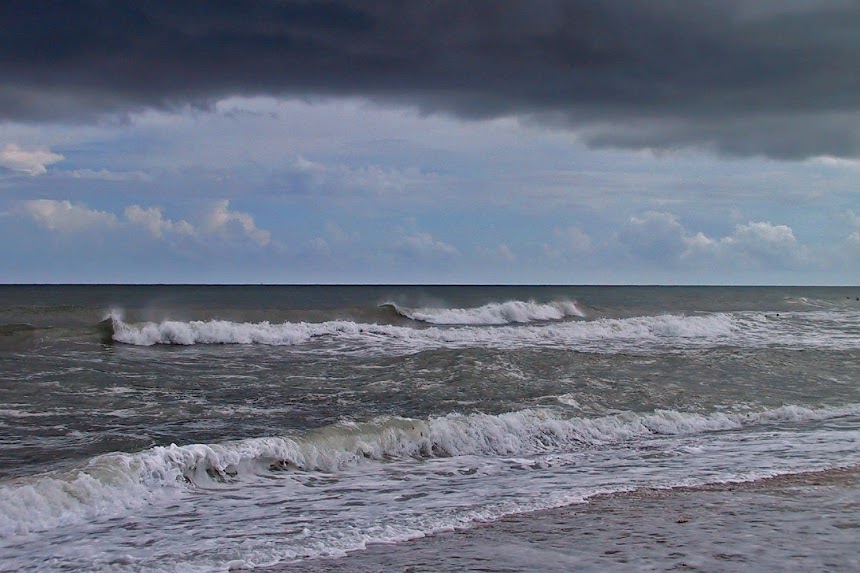 From current reports, the ocean at Cape Lookout will look like like this or a lot worse later this week. There's not much to say about Hurricane Dorian because it's stalled over Grand Bahama Island, a thousand kilometers south of Cape Hatteras. That might be its next target, but nobody really knows where it will go when it starts moving again. I shudder to think what Grand Bahama will look like when we get our first reports from there. 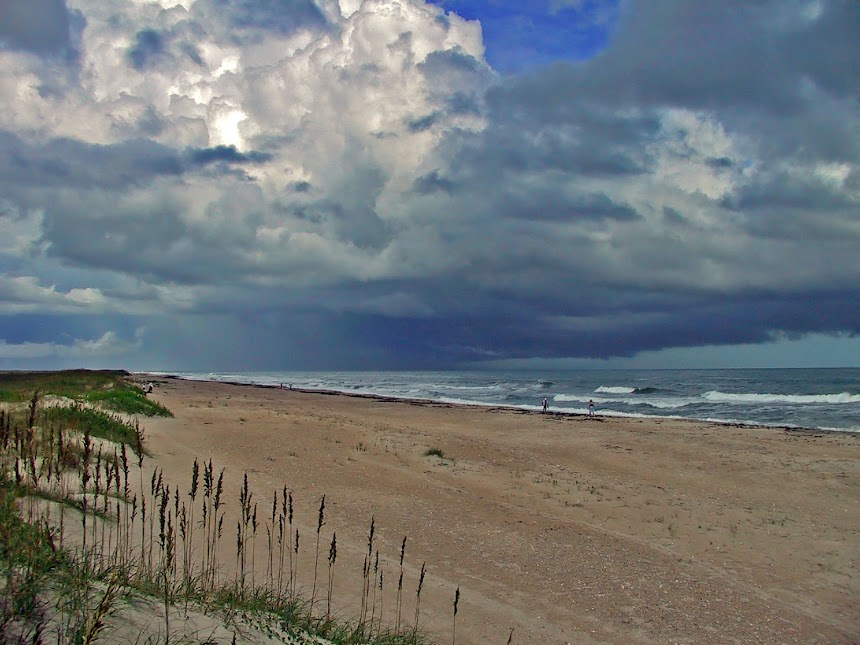 Current forecasts have Dorian passing pretty much directly over my home town of Morehead City, in North Carolina, but as I said, nobody really knows. Morehead is right on a south-facing part of the N.C. coast, a hundred miles southeast of Cape Hatteras. It's only Tuesday, and the hurricane will be a threat to the U.S. coast for about four more days, they say. It could weaken or it could strengthen. It could move onshore or it could veer out to sea.
Posted by Ken Broadhurst at 06:00