Read part 2 of this series here.

Okay, I need to talk about the naturalization/citizenship vs. long-term residence question. Walt and I had spent a lot of time over the past five years gathering up all the documents we needed, and getting them notarized and translated for a citizenship request. A lot of those documents had to be obtained in the U.S. — birth certificates, for example, as well as the international notarization forms called apositlles for each U.S. document, to prove that they are authentic. On our regular trips to the U.S. to see family and friends, we would devote some days to going to get documents we needed to become French citizens.


As you can imagine, we spent many dollars getting the documents and then many euros  to get them translated by a court-sanctioned translator here in France. We found a good translator up in Blois, and we spent time working with her to prepare the documents by transcribing the hand-written ones on the computer so that she would be able to read them. We also spent time consulting with the translator on how to interpret American terminology having to do with counties, towns, cities, and villages.


Then for me, all hell broke loose when my mother learned that she had cancer. I made five, I think it was, trips back to the U.S. in less than three years to be there with her, my sister, and our closest cousin and to talk to doctors and other care-givers. All the physical and mental stress of that ordeal led me to put the citizenship application on the back burner, until my mother passed away a year and a half ago. It took me a year, I realize now, to grieve and to recover mentally and physically from those trials.


And all of a sudden, it was 2019 and our resident's permits were going to expire. You probably know that getting citizenship is a long process, even after you've got all the documents and translations the government needs. In our case, citizenship applications are handled over in Tours, which is farther away than Blois and a much bigger city. I never got far enough in the process to find out if the officials over there would accept dossiers by mail, or if you had to go over there in person to submit your forms and paperwork. 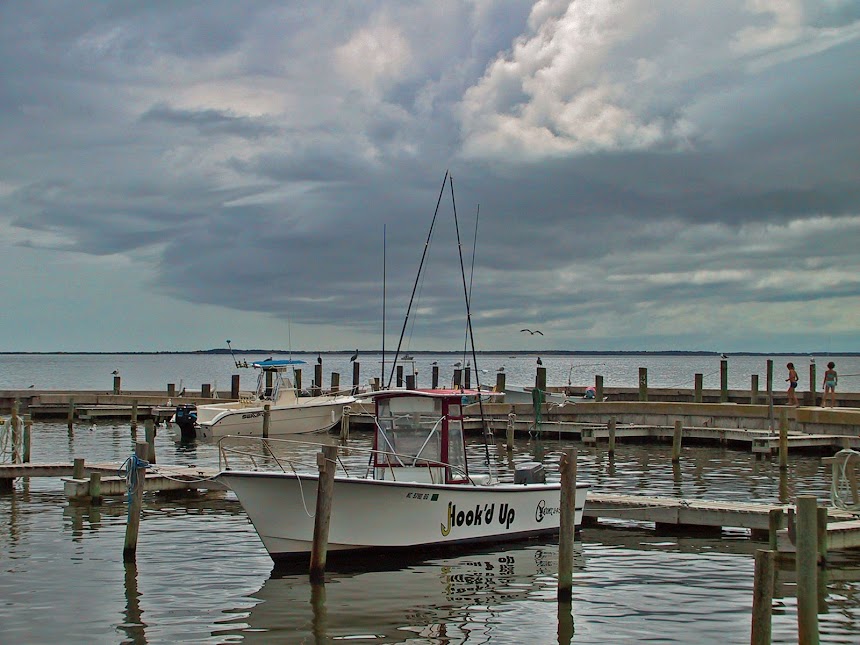 
I follow a Facebook group where people going through the naturalization process give each other support, information, and advice. You are probably aware that the United Kingdom — made up of the countries of England, Wales, Scotland, and Northern Ireland — has been going through a process and crisis for three years now that is just the opposite of naturalization. They are trying to withdraw from the European Union. There are at least 150,000 U.K. citizens living in France, and there may be as many as half a million — numbers are hard to come by, because as long as the U.K. is still a member of the European Union, its citizens are allowed to move to France to live and work here with no formalities or red tape at all. For them, it's like American citizens moving from Pennsylvania to North Carolina, say. They can just pack up the car and move and not have to worry about visas, customs, and border controls.


Nowadays there's a little bit of panic in the air here. A lot of U.K. (British) citizens are realizing that they'd better prepare for the day when they will be treated the same way Americans and other non-Europeans are by France — as actual foreigners who need visas and either resident's permits or citizenship to live here. Sixteen years ago, Walt and I worked on getting our visas for months before we left the U.S. to move over here. It got pretty complicated, because we started the process in California, where we had been living for more than 15 years. We sold our house out there and stayed with generous friends for a month or so after we became "homeless." Then we thought we'd better move on, so we packed up the Jeep and a U-Haul trailer and drove across the country with our suitcases and the dog, to go spend the rest of our time in the U.S. at my mother's in North Carolina.


It took us a week to drive across the U.S., visiting friends along the way. We still didn't have our visas, but we had our fingers crossed that they would actually come through before too long. We had already had a container-load of our furniture, clothes, books, and other possessions sent off to France on a ship. I don't know what we would have done if we had been refused visas by France. As it turned out, just two or three days after we got to N.C., the phone rang and we learned that our visas had been granted and we could go ahead and move to France, where we had already bought our house. However, the people at the French consulate in San Francisco told us that we would need to come pick up the visas in person!


I told them we were in North Carolina, 2500 miles away. Could we have the visas sent to the consulate that serves the southeastern U.S. states and then go pick them up there? They said yes, but they required that I send them a pre-paid Federal Express envelope to ship them in. And the consulate we needed to drive to was in Atlanta — that's a eight-hour drive from the N.C. coast, where we were staying at the time. So we threw some clothes and the dog in the Jeep and started driving as soon as we were notified that the visas had arrived in Atlanta. We spent the night, of course, and we took the dog with us because we didn't want my mother to have to take care of her (my mother's yard was not fenced in). You get the idea — it was pretty complicated and expensive. At least we got to see Savannah and Charleston, which neither of us had ever visited, on our way back to N.C., visas in hand. 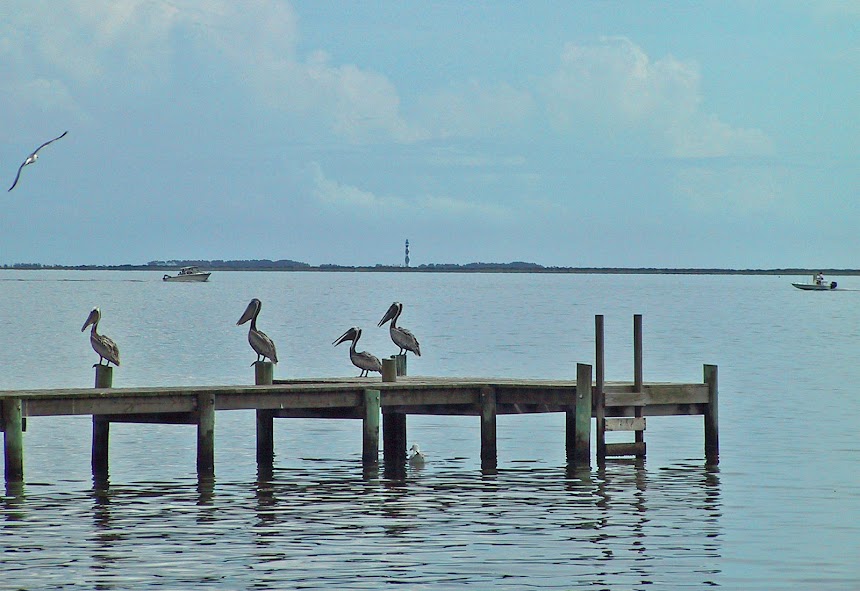 
So you get the idea. When we finally got to France in June 2003, we had to go to Blois and apply for residence permits immediately. We had interviews at the préfecture. We had chest x-rays to make sure we didn't have tuberculosis, and urine samples taken to make sure we didn't have any STDs. And I don't remember what all. For the first five or six years, we had to re-apply annually to have our permits renewed. We translated documents. We sent in bank statements every year to prove that we had the financial resources to live here without seeking employment (we had residence permits but not work permits). We drove back and forth to Blois I don't know how many times to turn in papers and pick up new permits. No matter — we were young and energetic in those years. Finally, in 2009, I called the authorities in Blois and asked if we qualified for a 10-year residence card. If you have, for example, a retirement pension, you do, I was told. And I did. So for 10 years we didn't have to renew our permits — until now.


Last year, I came to feel that we had to choose between continued residence (the equivalent of a U.S. green card) and citizenship. All those British people (and some Americans and people from other countries) who live here started seeking naturalization. The whole French system started scrambling to process all the applications they were receiving. The process started taking months, even years. People send in piles of paperwork, waited many months, or even a year or more, for a decision. Sometimes they just got all their documents sent back to them, rejected. Oh, and there are also language requirements, of course. Until Brexit happens, British people don't have to be able to speak French in order to come live and work in France. Proving you can speak French, however, is a requirement of citizenship, and applicants have to be able to pass language tests.


Walt and I speak French, so that's not a problem, and we had all the documents and translations, but we also needed to have our residence permits renewed this year. We couldn't live here without them, even if we had already started the naturalization process, which could take a year or more. Re-applying for legal residence and simultaneously launching the process of getting citizenship was an overwhelming prospect. So we opted for renewed residence. There's nothing, really, to prevent us from now requesting citizenship by getting all the paperwork together, filling out the forms (we had already started), and sending them in. But at my age, I might not outlive my 10 year residence card anyway... 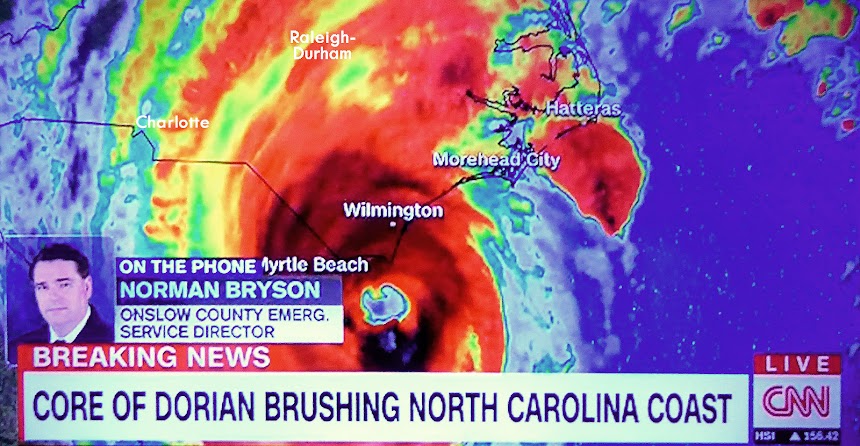 Meanwhile, this morning CNN is carrying non-stop reports about Hurricane Dorian as it rides up the coast of North Carolina. It hasn't yet arrived at Morehead City, but it's very close now. There were tornadoes about 20 miles west of Morehead yesterday. Wishing everybody all the best luck.
Posted by Ken Broadhurst at 06:00