It's funny that we sometimes use the word "sky" as a plural. We all know the old Irving Berlin song, (Nothing But) Blue Skies, recorded by singers like Ella Fitzgerald and Willie Nelson. In French, it's even more complicated. In some contexts, the word ciel becomes a plural as ciels, and in others it becomes cieux. In the Lord's Prayer, for example, the first line is Notre Père qui es aux cieux... And the expression sous d'autres cieux means "in other lands," or "in other countries." I think you could say "under other skies" to mean the same thing in English. 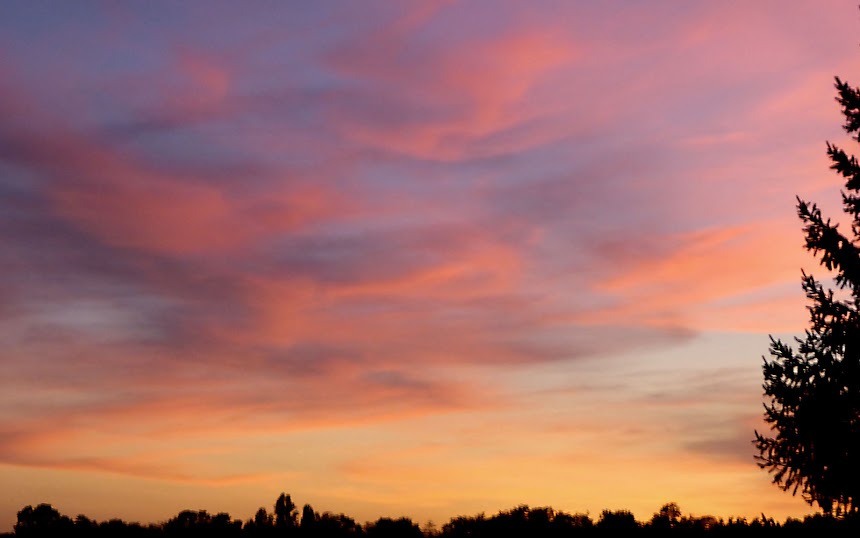 "Red sky at night, sailors delight." Or should that be "sailor's delight"? Or maybe "sailors' delight"? "Delight" can be a noun or a verb, in other words. Anyway, the one above was a delight to see. 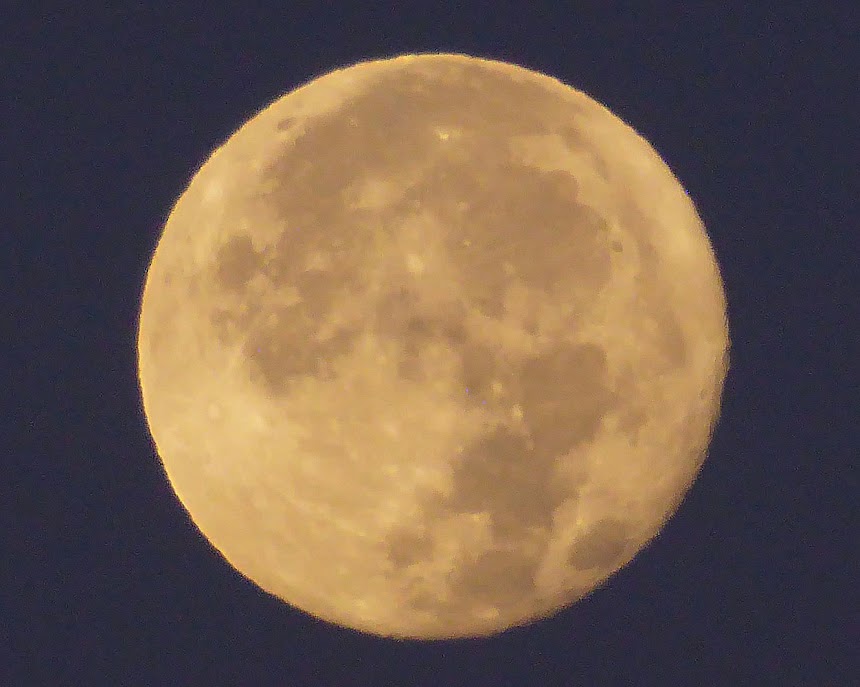 So was this moon from a few mornings earlier. It's amazing how it looks so perfectly round. Scientists say, however, that the Earth's moon is not really round. It's slightly egg-shaped, but the side we see looks round — it's the "dark side" that has the bulge. It was probably given its shape by the force of Earth's gravity when the moon was still in a molten state millions and millions of years ago.
Posted by Ken Broadhurst at 06:35