...the kind of September... That's what I'm doing this morning. For some reason, I decided to look back at some photos that I took in September 2004 — 15 years ago already, and the first year when we had a vegetable garden in Saint-Aignan. We had only been here for a year. And for eight years before that, we had been living in San Francisco, where summers were too chilly and damp for us to be able to grow tomatoes. 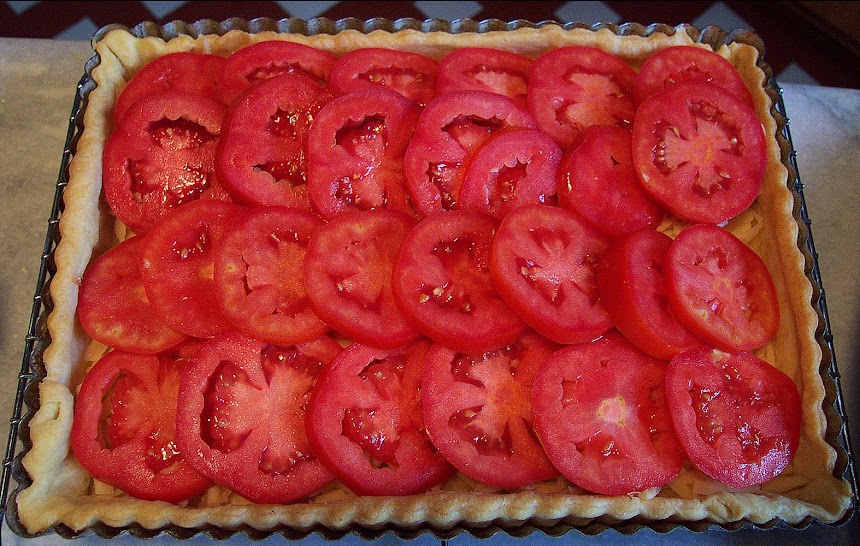 Here are some photos that I took on Sept. 2, 2004, of a tomato tart Walt and I had made. I'm trying to remember... what ingredients went into this tart? Tomatoes, clearly. Fresh from the vegetable garden, certainly. But what's under the tomatoes? I wasn't yet a blogger. It looks like there might be grated cheese under there. And I'm convincing myself that there might be a layer of Dijon mustard under the cheese, brushed onto the bottom of the pre-cooked pie shell. 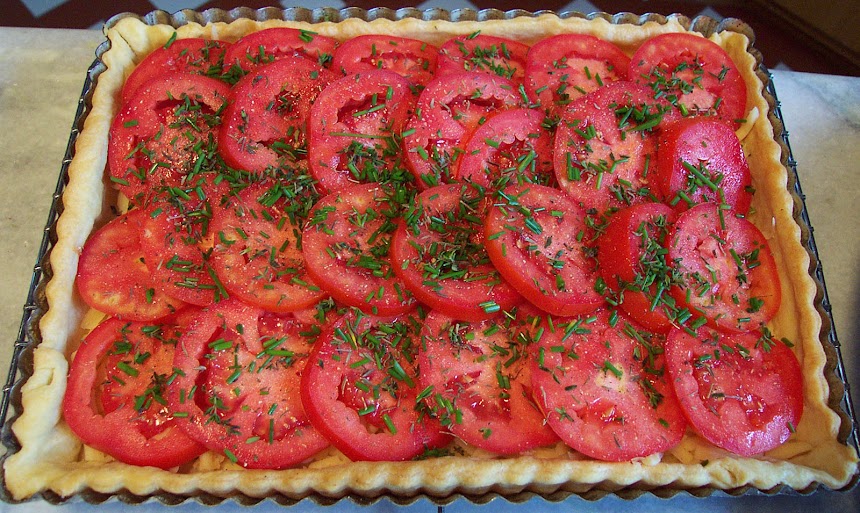 I just found this recipe on the internet and it pretty much describes what I remember. It's called Tarte aux tomates et au fromage and it's made with Swiss cheese (Emmental), mozzarella, and oregano. I have those ingredients. This one we made seems to feature just chives, salt, and pepper sprinkled over the tomatoes, and I remember that there was a patch of chives growing out in the back yard when we came to live here in 2003. 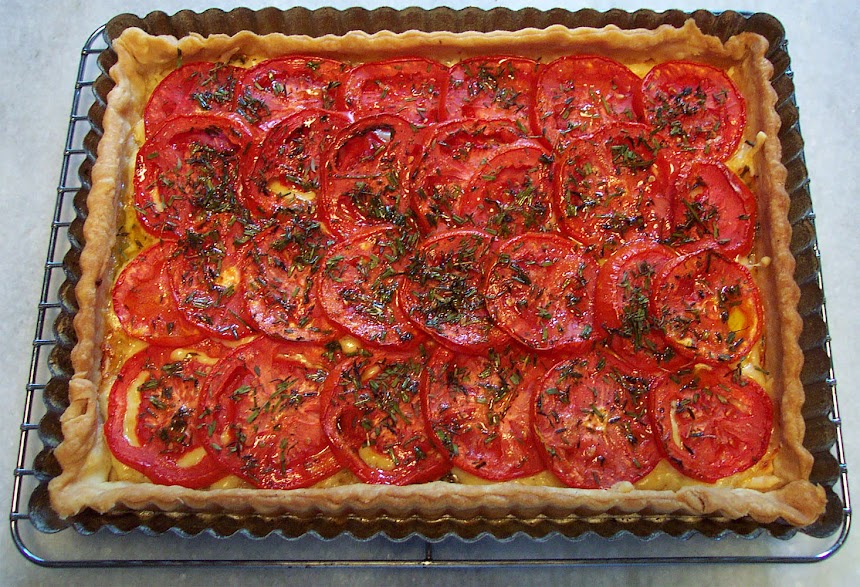 Here's another French recipe I found on the internet that's titled Tarte tomate à la moutarde.  It calls for Comté cheese, which I really like, but I think the tart would also be good with ewe's milk cheese or goat cheese. Plus oregano (or other herbs). I can't find such a recipe among the 1,600 or so that I've collected over the years and digitized and organized into a kind of database. I'll have to  make a tart like this if I can get Walt to make a nice pie shell, which he does so well. There are many other recipes for this kind of tart here, so it seems to be a classic. Here's a recipe in English for the same kind of pie.
Posted by Ken Broadhurst at 06:30