We went to the préfecture in Blois yesterday for an appointment with the people at the Service des migrations et de l'intégration ("integration" means language requirements, basically — how you will "fit" in French society). In France, the préfecture is the building or complex where the administrative offices and services of a département or "county" are located. It takes us nearly an hour to drive up there from Saint-Aignan. Our département, the Loir-et-Cher, has a population of 330,000 or so, and no big cities, only big towns.


Getting an appointment at all was a fairly bumpy ride. We hadn't had to go to the préfecture in a decade, because in 2009 we were both successful in obtaining residence cards that were valid for 10 years. It was time to renew them. When we were granted the residence cards in 2009, we were told, or I read somewhere, that renewal in 2019 would be automatic unless some big problem or issue came up in the meantime (like being convicted of committing a crime, which neither of us has been...). 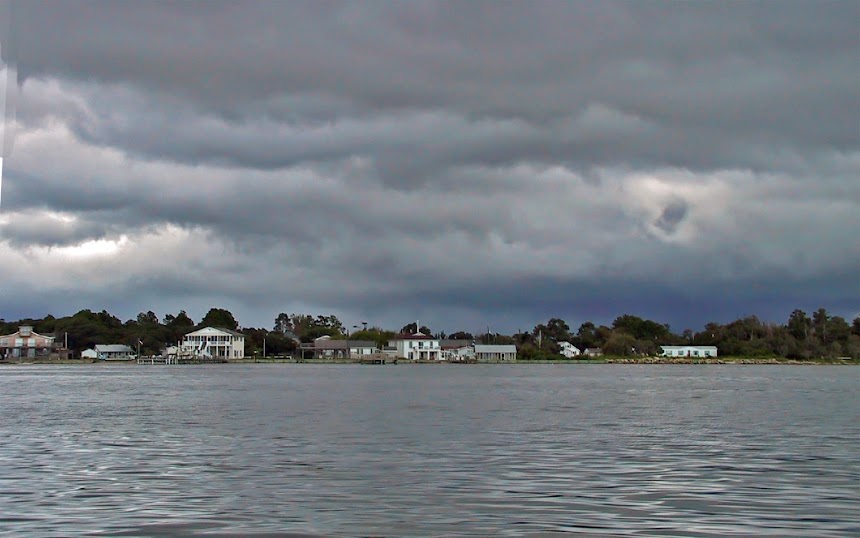 Here's your North Carolina postcard for the day. The current hurricane has starting moving northward up the coast, and N.C. is in the path.


In the spring, when we starting looking into the current rules and administrative procedures for renewing our residence cards, we found information on the official French government web site explaining the process. There was an application form to fill out, and there were several documents to be gathered up — copies of passport pages, copies of electricity or phone bills to prove our current address, a "tax stamp" costing 300 euros to buy, ID photos to be taken — and then turned in. Applicants need different sets of documents depending on whether they are citizens of a European Union country or a country outside the EU.


That made sense, because people from EU countries, or at least most of them, don't even need residence cards except in special cases. A lot of British expats are busy applying for residence or citizenship right now, with Brexit looming, in an effort to stay ahead of the game. Non-Europeans like us definitely do need residence cards, no matter what. Requirements are different, too, if you are requesting a new card or are asking for a change in your residence status. Simple renewals are less complicated.


There are many different titres de séjour — "extended-stay permits" is the broad administrative category for all sorts of residence cards — including short-term permits for U.S. students or tourists, for example, who want to stay in France for more than three months, and long-term permits for people who, like us, live here, and so on. You have to be sure you've figured out your category before you start filling out forms and preparing your documentation.

Read part 2 of this series here.