Well, Hurricane Dorian could continue turning to the northeast and pretty much miss the southern coast of North Carolina, where I grew up and where much of my family and a lot of friends live. The winds in the storm shouldn't be as dangerous once it gets that far north, but if the storm stalls high rainfall totals could be a real problem. Again. 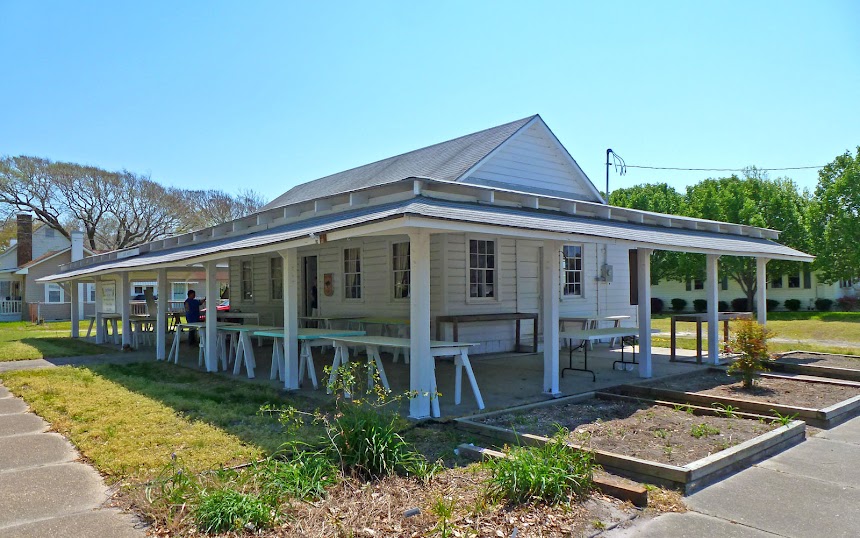 This building is called the "curb market" in Morehead City, North Carolina, where I was born and raised. Local market gardeners, farmers, fishermen, and other local people can bring garden produce, fish, shellfish, and baked goods to the market on summertime Saturday mornings and sell them there. I've read that it was the first such market established in N.C., so is the oldest. It started in the early 1930s, but the building dates back to the early 1940s. It's located just a five-minute walk from the house I grew up in and where my mother lived from 1951 until 2005. I took the photo above in 2014, when volunteers (including members of my family — they know who they are!) were preparing the building for its opening in May. 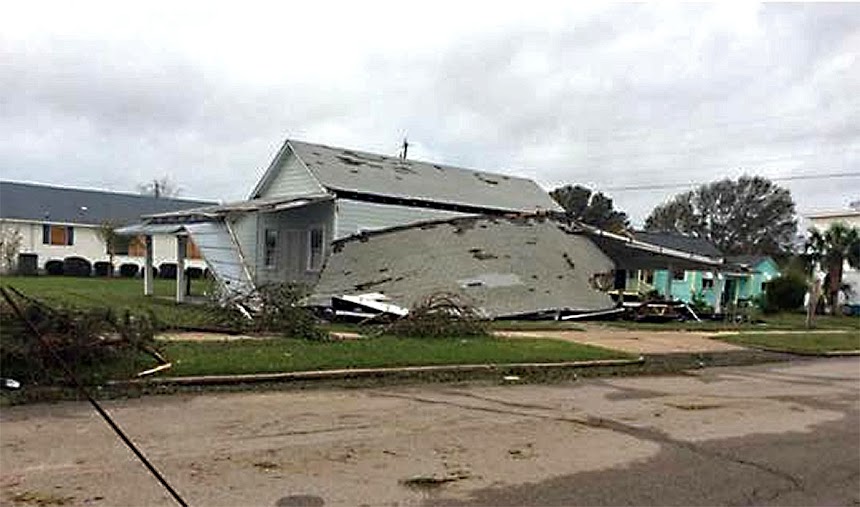 Here's what the curb market building looked like about a year ago after Hurricane Florence roared through the area. There was talk about having it torn down. Finally, the county board of commissioners decided over the winter that it should be saved and repaired. Roof shingles had blown off so that there was a lot of water damage to the interior in addition to the big porch roof's collapse. Tables, other furniture, and appliances were lost. A lot of local people were really happy that the market would be able to continue operating, and it re-opened for the 2019 summer season. 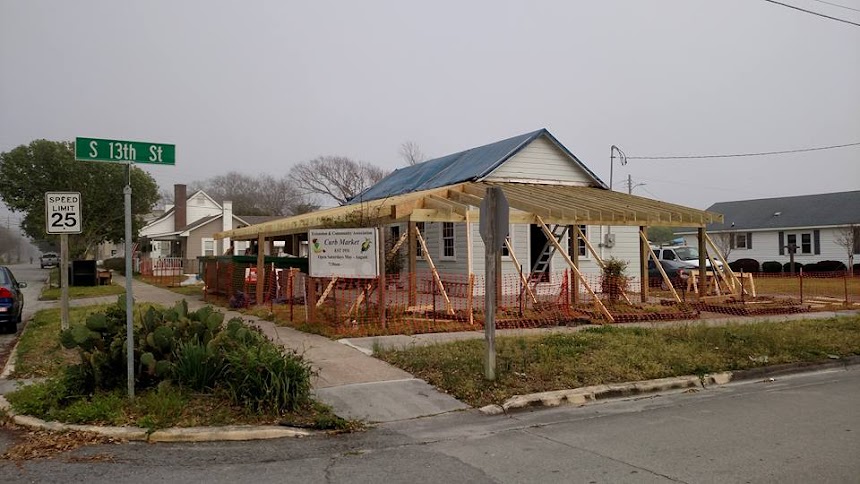 Above is a photo of the curb market during the repairs. I grabbed the two photos above off the Morehead City Curb Market's Facebook pages. I don't think anybody will mind. Damage from the September 2018 hurricane was not limited to the curb market building, of course. Many private homes were damaged as well, and quite a few have not yet been completely repaired, I understand. And now here comes another bad storm.
Posted by Ken Broadhurst at 06:52