One article I read yesterday says the cathedral in Blois, which was in great part rebuilt part during the reign of Louis XIV (his powerful minister Colbert's wife was from Blois), might have been named partly in the Sun King's honor. In the early years of the 18th century, Le Roi Soleil paid to have a magnificent pipe organ built inside the church, which had been promoted to cathedral rank by the Pope in 1697. It's also true that the king who turned Blois into a royal city at the end of the 15th century was called Louis XII. 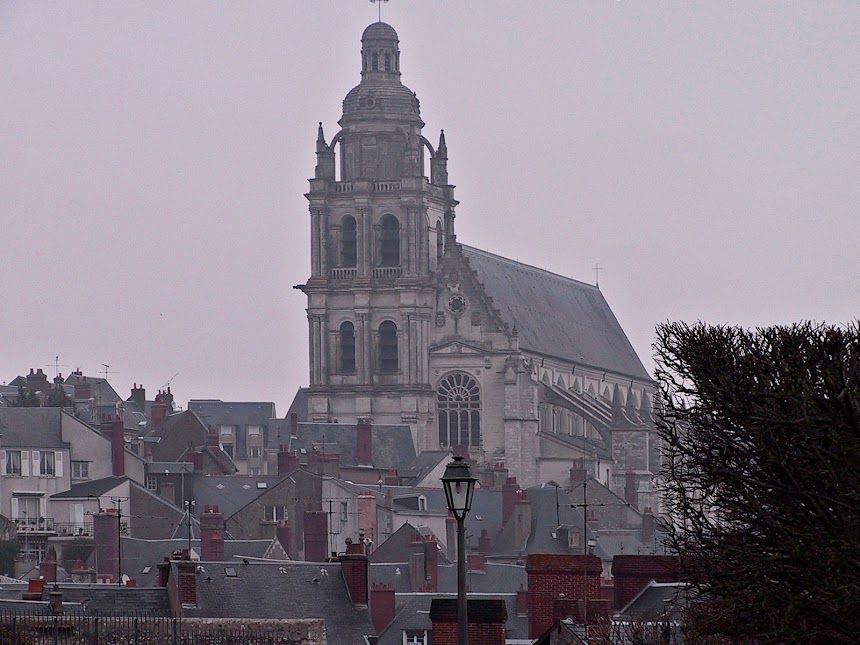 The cathédrale Saint-Louis is mostly a late 17th century building. Why so late? Well, over the centuries there had been two or three chapels or churches on the site where the cathedral stands today, the earliest in the 6th century, and a second in the late 10th century. Another, a Romanesque edifice, was built on the site in the 12th century. 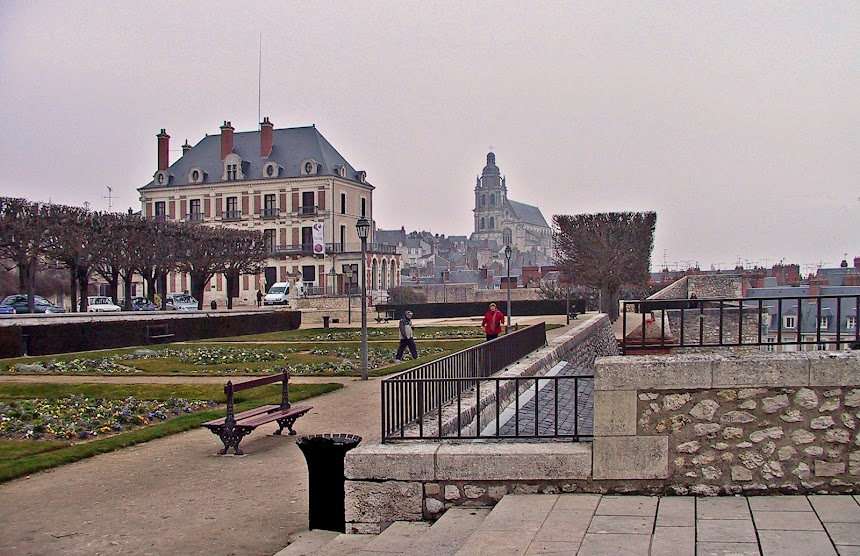 In the mid-16th century, king François Ier had the old Romanesque church re-built, or at least radically modified, in the Renaissance style. The older church building behind the re-styled and enlarged tower and façade was badly deteriorated and unstable, however. That explains why a big storm, called un ouragan (a hurricane) in many sources, destroyed much of that older building in 1678. All the old stained-glass windows were of course blown out. 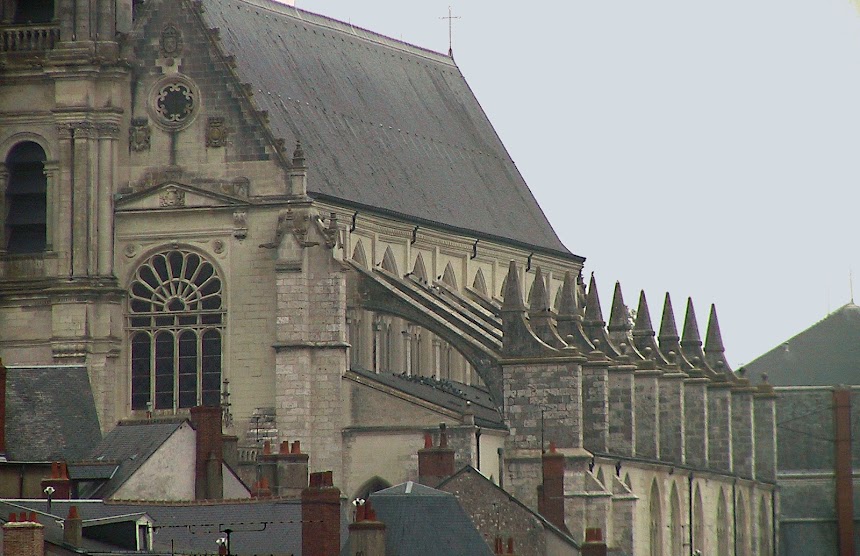 The church was again rebuilt, this time in late Gothic style, over the last quarter of the 17th century. The Renaissance façade and bell tower had survived the storm, as had the base of the tower, which dates back to the 12th century. The crypt under the cathedral is a vestige of the 10th century church that has survived over the centuries. 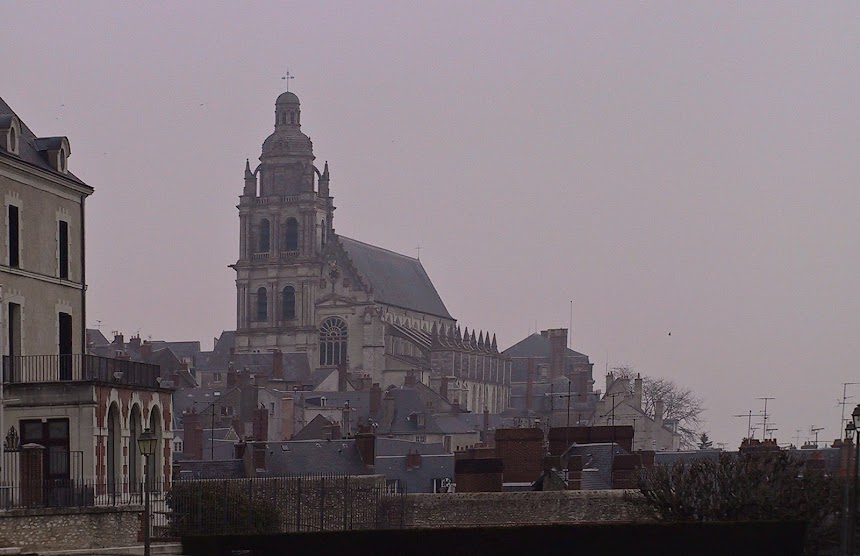 Some restorations and modifications were carried out in the 19th century, but nothing very drastic. During World War II, most of the stained glass windows were again blown out when the Allies bombarded Blois, which was held by the Germans. Those windows were for years replaced by clear glass panels, but modern stained-glass windows designed by a Dutch artist were installed about 20 years ago.


After reading much information on several blogs and web sites (Ma Ville de Blois, for example) and in my much-consulted guidebooks (Cadogan, Michelin), I now want to go back to Blois and take some photos inside the cathedral. I've been inside before, but I've never taken pictures, as best I can remember.
Posted by Ken Broadhurst at 06:30