Closing in on Saint-Aignan

I was surprised to read just a minute ago, on French Wikipédia, that the population of Saint-Aignan declined from 3,500 in 1999 to 2,800 in 2016. That's a decrease of 20 per cent. Maybe that's because with the growth in attendance at the big Beauval zoo just south of town, more and more houses are being turned into vacation rentals for tourists. 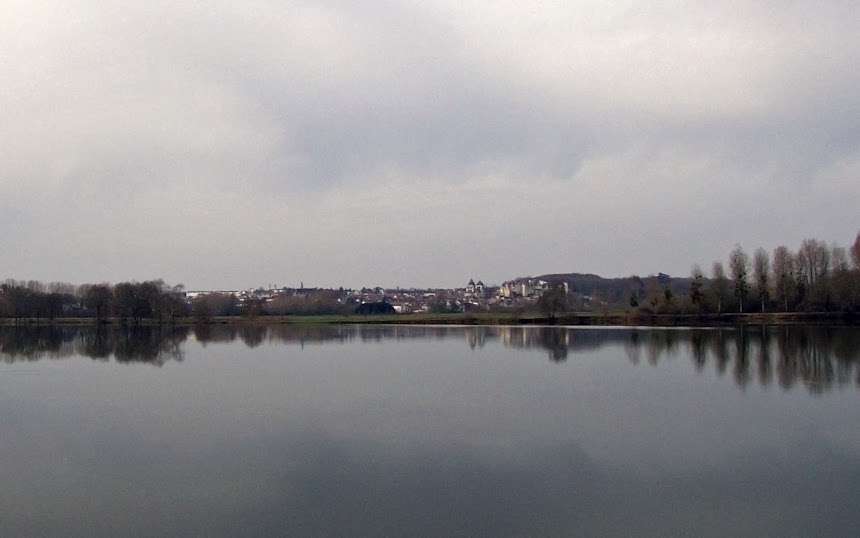 I took these photos from the other side of the Cher River, over in Noyers-sur-Cher. The population of Noyers has increased, but only slightly, over the same period while Saint-Aignan's has been declining. The body of water here is called Le Lac des Trois Provinces, which is the western endpoint of the old Canal de Berry. 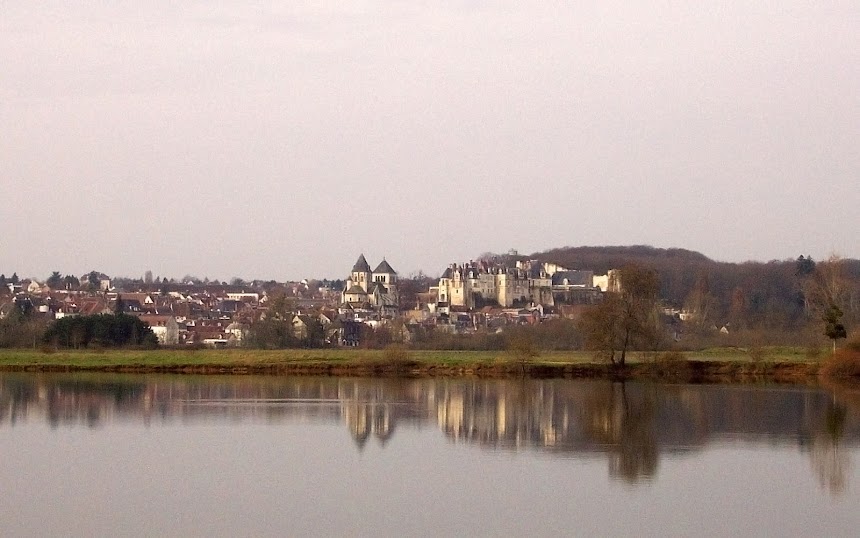 Saint-Aignan has existed since about the year 1000, when the first fortifications and the first church were built on the hill here overlooking the Cher River. The big château was built during the French Renaissance of the 1500s. It's privately owned and not open to the public.

Nowadays, the Cher River and the Canal de Berry are no longer navigable except for short sections and for very small boats. Trains that run from the city of Tours (35 miles west of Saint-Aignan) and on to the city of Lyon (200 miles to the east) stop at the Saint-Aignan-Noyers station. You can ride all the way to Lyon without any train changes, but the voyage takes about five hours — about an hour longer than driving your car.
Posted by Ken Broadhurst at 07:15