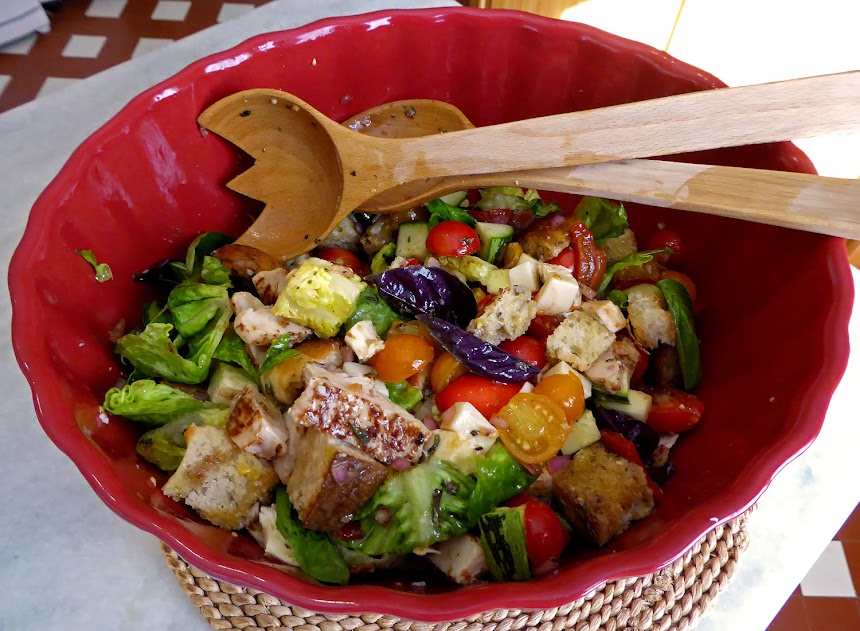 This is my personal version of a panzanella salad — a bread salad that's originally Italian. It's a salad, originally, of tomato, cucumber, onion, and large toasted croutons. What makes it different is that you dress the salad and croutons with vinaigrette and let it "marinate" for an hour or so in the refrigerator so that the chunks of bread absorb some of the vinegar and oil dressing. Here's Jamie Oliver's recipe, and another recipe on a site called Serious Eats. 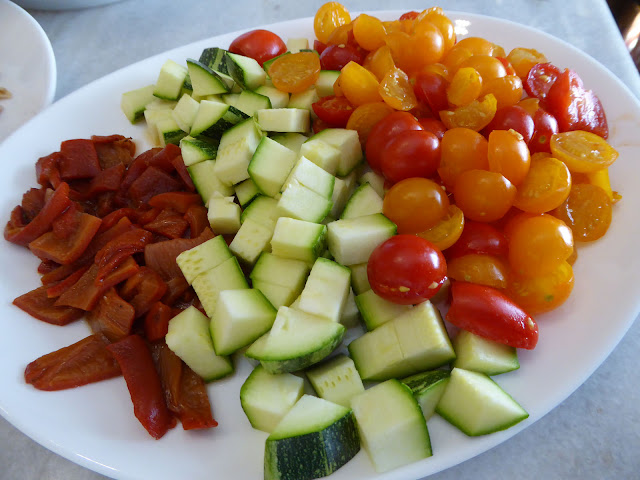 I substituted diced zucchini for the diced cucumber, and I put in roasted sweet red peppers that I bought at the supermarket. The tomatoes, zucchini, and basil that went into the salad came from our vegetable garden. I used a mix of red and yellow cherry tomatoes. 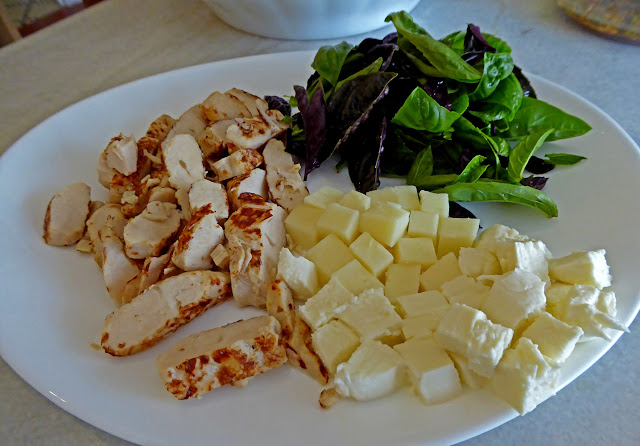 To make the salad into a full meal, I added some cut up roasted chicken breast and some diced cheese — mozzarella and a ewe's milk cheese (tomme de brebis) called Lou Pérac from the Averyron in south central France. We have both green and purple basil growing in this summer's garden. 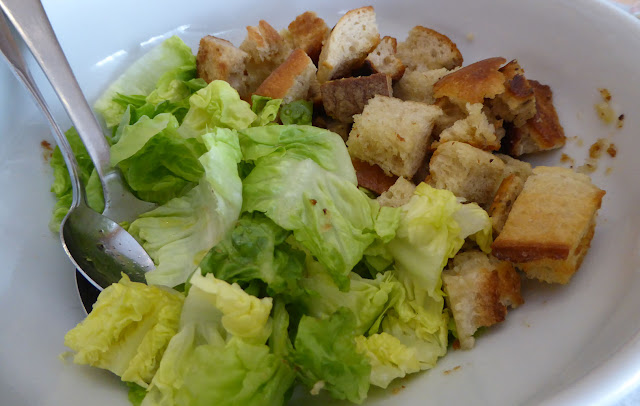 The base of the salad is bread and lettuce. I had some crunchy butter lettuce, but something like romaine would be really good in it. And I had stale and frozen bread that I had saved for making croutons. I cut the bread up and tossed it with a little bit of olive oil before I toasted it in the oven. 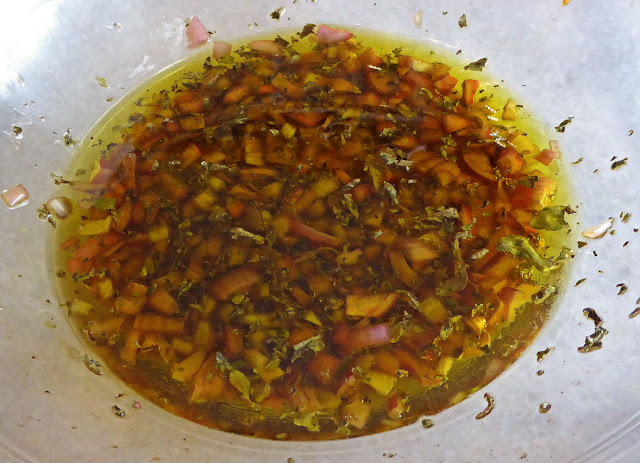 Instead of onions, I put a diced shallot in the salad. Or in the dressing, actually. I put the diced shallot in vinegar — a combination of balsamic vinegar and white wine (Chardonnay) vinegar. In theory, soaking for 30 to 60 minutes in the vinegar will slightly "cook" the shallot and make it easier to digest. It also gives good flavor to the dressing, which also includes olive oil and some dried oregano. 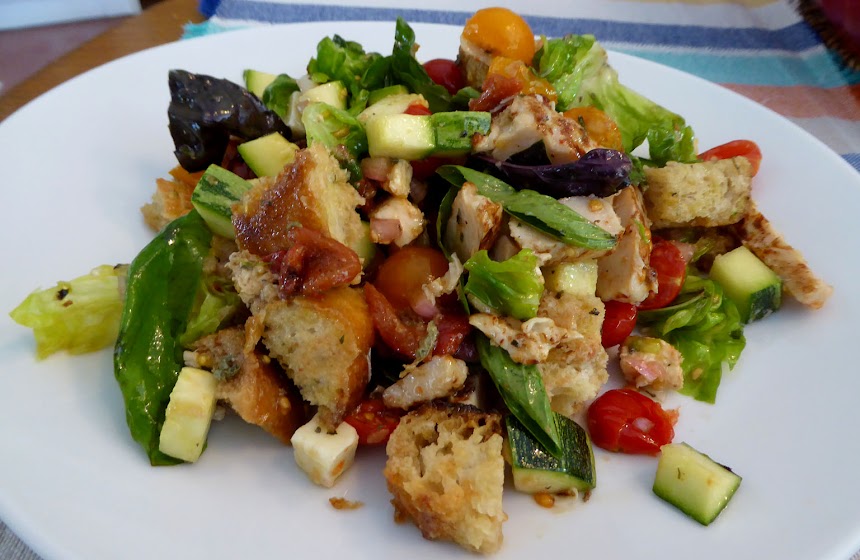 Here's the salad on the plate, after being tossed with the dressing and put in the fridge to rest for an hour. I didn't think we would, but we ate the whole thing! It made a good lunch, and then I had the last of it as an evening snack. Delicious.
Posted by Ken Broadhurst at 07:00