The bridge that spans the wide, lazy Loire River at Blois, an old royal city, was built in the 18th century by the architect Jacques Gabriel. There had been a medieval bridge at Blois, mentioned in records as early as the year 1089, but it collapsed in 1716. I took this photo of the bridge on a foggy day a dozen years ago. 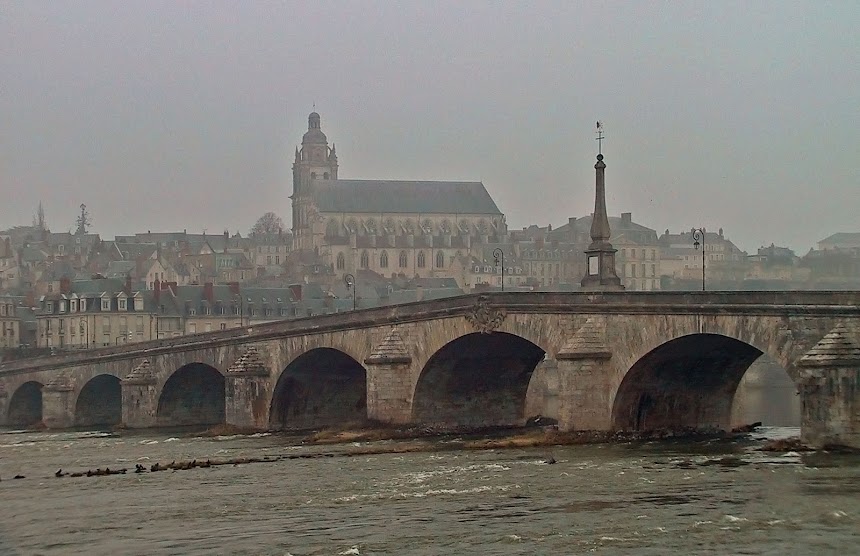 The Michelin Green Guide says that "a tri-color harmony is characteristic of Blois: white façades, blue slate roofs, and red brick chimneys." You can see that harmony in these photos, despite the fog. I took the one above from the south bank (the "left bank" in French) of the river, looking north. The church in the photo is the city's cathedral. 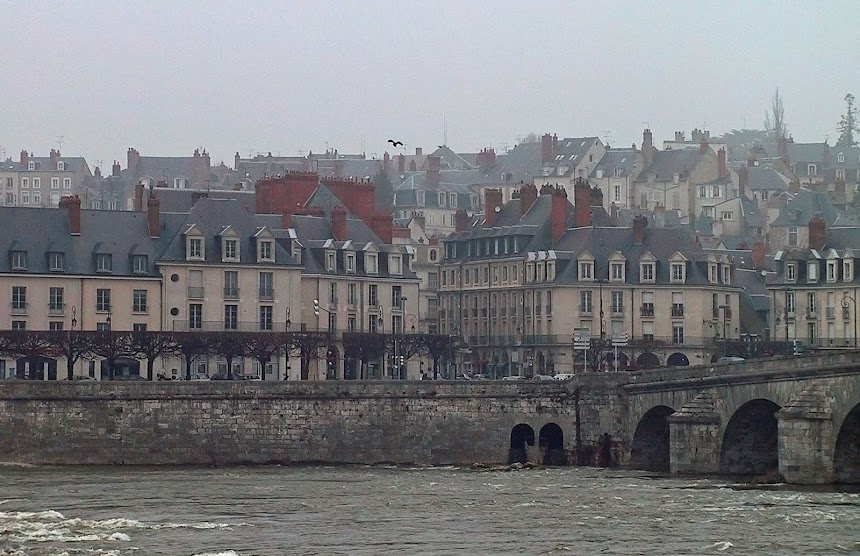 I also took the photo above from the south side, looking toward the old town, which is built on a bluff on the Loire river's right bank. The château isn't in these photos; it's farther west, and also on very high ground. The old town is very compact, and the climb from the end of the bridge up to the cathedral is steep, to say the least. 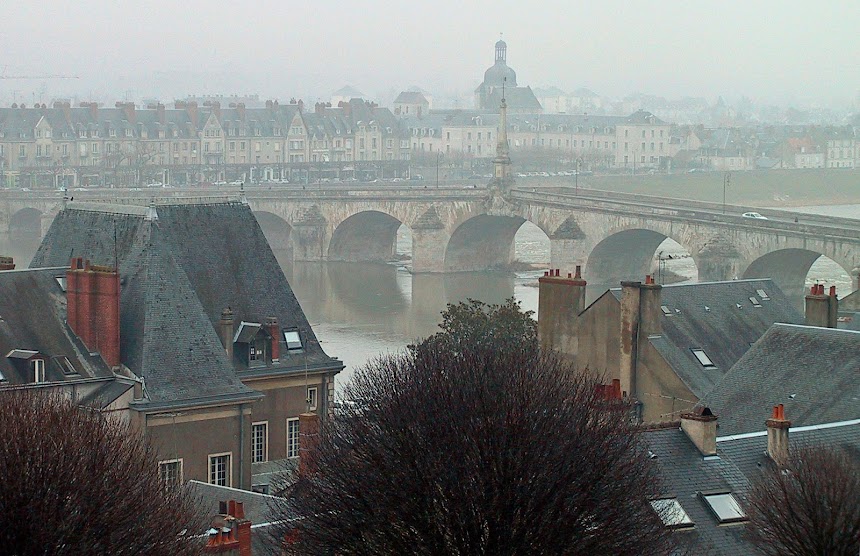 Walt and I were on our way to have lunch that day with a woman we had met in the Saint-Aignan area. She had sold her old farmhouse in the country and moved into an apartment in Blois, at the foot of the cathedral, with the view you see in this last photo from her living room windows. It was fairly impressive, I thought.
Posted by Ken Broadhurst at 07:16