It's raining! Walt just went out with Tasha to let her do her business and reports that it is pouring right now.  I hope the rain lasts all day. It wasn't raining when I went outside with Tasha at five o'clock. 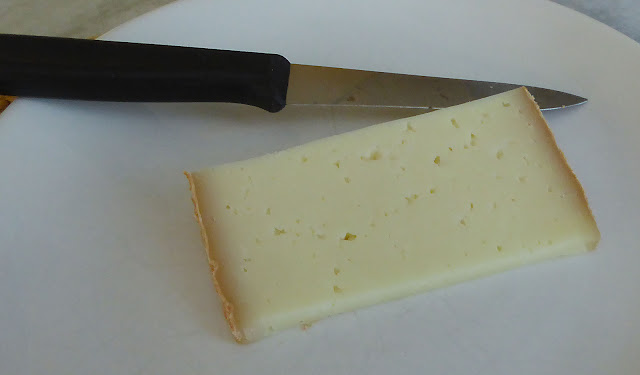 Lately, for eating and cooking, we've been enjoying sheep's milk cheeses from the Pyrénées mountains, about 300 miles south of Saint-Aignan. They're available in the supermarkets. The best-known such cheese is called Ossau-Iraty [oh-so-ee-rah-TEE] and has carried the AOC quality label since 1980. The production zone touches the Spanish border — its eastern edge is a beech forest called the Forêt d'Iraty, and the western edge is the deep Vallée d'Ossau. 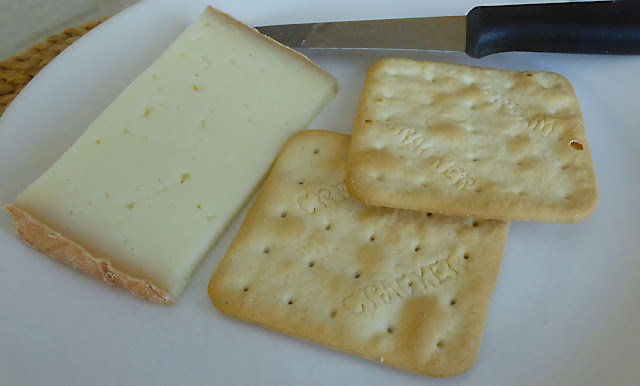 Under AOC (and now AOP, a similar European label) rules, Ossau-Iraty cheese must be made with milk from flocks of sheep in a strictly defined area in the Pyrénées that corresponds roughly with the département des Pyrénées-Atlantiques, a territory about 85 miles from east to west and 55 miles from north to south.

By the way, the word brebis [bruh-BEE] in title of this post is the French word for "ewe" (a female sheep). 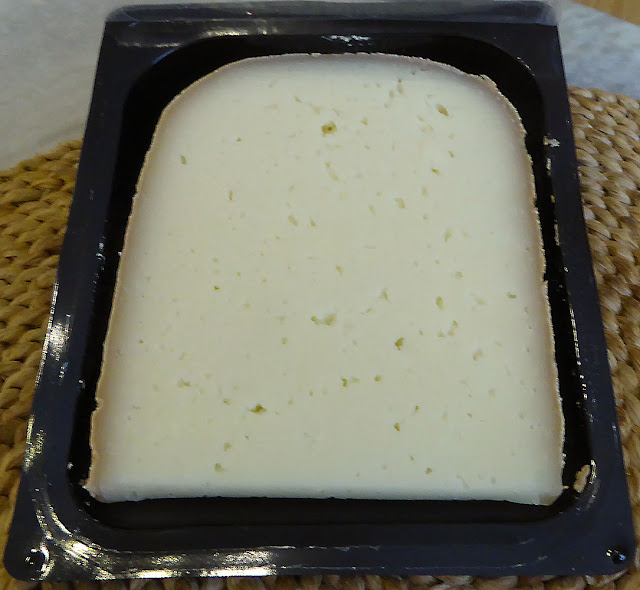 The biggest, best-known towns in the département are Bayonne, Biarritz, St-Jean-de-Luz on the coast in Basque Country, along with Pau and St-Jean-Pied-de-Port up in the mountains. Back in the 1970s, local people saw that traditional cheese production on farms where sheep were kept was in danger of being taken over my industrial dairies. They organized a campaign to define strict rules and methods for the production of ewe's-milk cheeses and earned the AOC label. Nowadays, Ossau Iraty cheese can be made by farmers or in local dairies with either raw or pasteurized sheep milk. It's a mild (not "stinky") semi-hard cheese with a natural rind. The milk is not heated up ("cooked") during the cheese-making process. 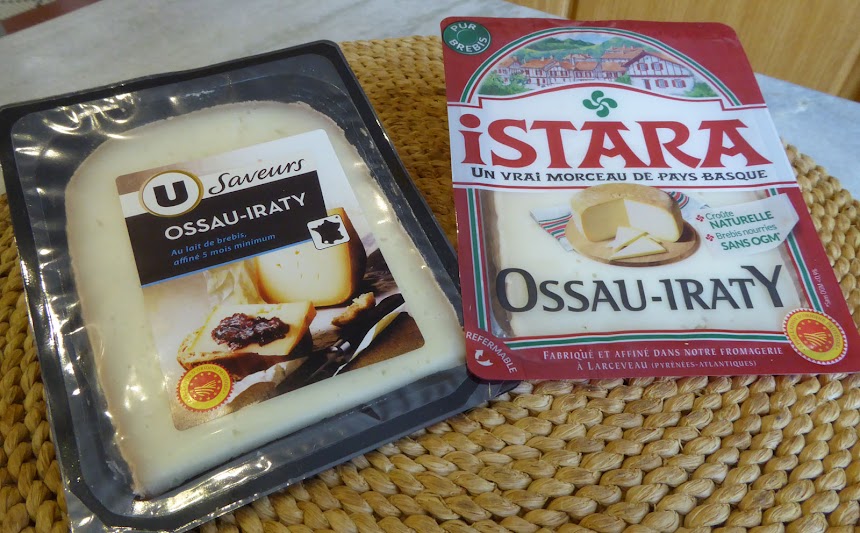 In the late 1800s and well into the 20th century, industrial dairies specializing in making Roquefort cheese, which is also made with sheep's milk, set up plants in the western Pyrénées and started buying milk from local farmers. They would make a plain "white" cheese and then ship it by railroad to the caves 200 miles to the east at Roquefort for aging — it was turned into the blue cheese we all know so well. In the 1970s farmers in the Roquefort area developed new hybrid sheep varieties that produced milk in greater quantities. The Roquefort producers stopped buying as much lait de brebis in the western Pyrénées. The local farmers then turned to making the traditional sheep's milk cheese of their region, giving it the Ossau-Iraty name and standardizing production methods.
Posted by Ken Broadhurst at 07:20