Here in Saint-Aignan, we actually had a little bit of rain yesterday morning, and that's a good thing. What's going on in the Bahamas and will likely happen along the whole Atlantic coast of the southeastern U.S. is a very bad thing. I can't think about much else. It is hard to imagine wind speeds of 185 m.p.h. That's about 300 kilometers per hour, and those winds will be from the east, pushing water and waves on shore north of the eye of the hurricane as it hugs the coast. 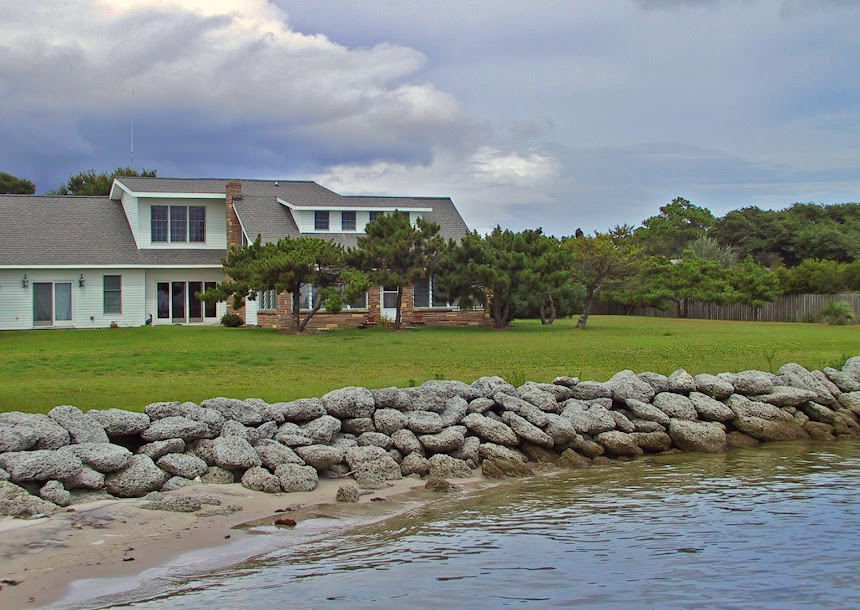 This week I'll be giving you some digital postcards from coastal North Carolina. I took the photos exactly 17 years ago.
Do you think these rocks will protect this house from a storm surge?


The land along the 1,000 miles of coastline being threatened by Hurricane Dorian is very low-lying. For example, in Morehead City, the town in North Carolina where I come from, the highest point of land is 16 feet, or about 5 meters, above sea level. It wouldn't take much of a storm surge to submerge the whole place. They say the storm surge on Grand Bahama Island today will be about 20 feet high.
Posted by Ken Broadhurst at 07:00