Blois, both dull and bright 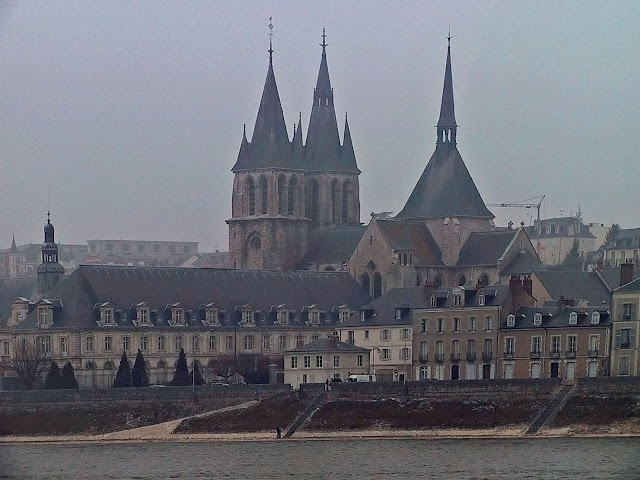 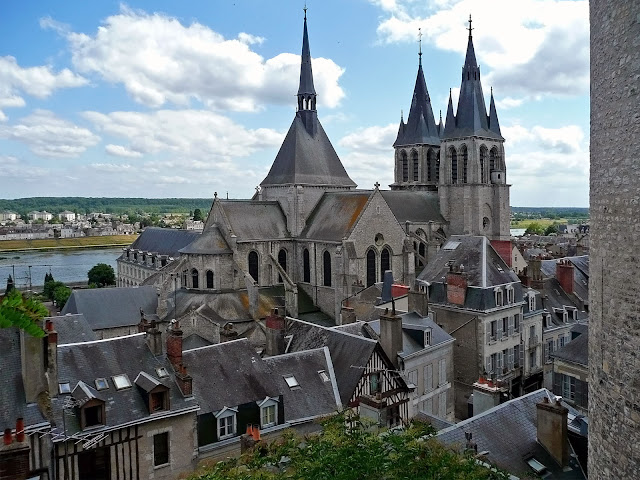 It's hard to say whether the best views of Saint-Nicolas are to be had from across the river, 0n the left bank of the Loire, or from the terrace of the château de Blois, which sits on high ground just behind the church. Three of the photos here were taken (by me) in March 2006 (the gloomy ones) and two of them were taken in June 2009 (the sunny ones). 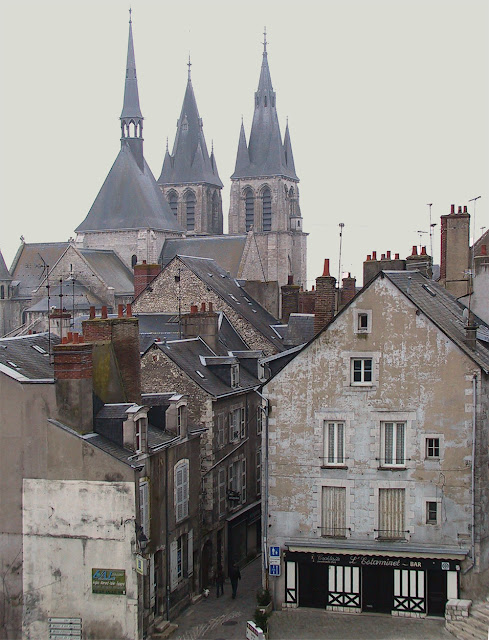 From the château terrace, you can see the houses of the riverside neighborhood surrounding the church. It's the quartier Saint-Nicolas, and it was badly bombed during the second war. It was rebuilt, as much of Blois was rebuilt, in the 1940s and 1950s. A man we know pretty well who lives in Blois — he has a summer house across the street from our house here in the Saint-Aignan area — has told me stories about his experiences during the war. He was a teenager, and his family lived in the house where he lives now, on the banks of the Loire down the hill from the cathedral. He remembers German soldiers shooting at his neighbors' windows from across the river, and he said one of his neighbors was killed that way. 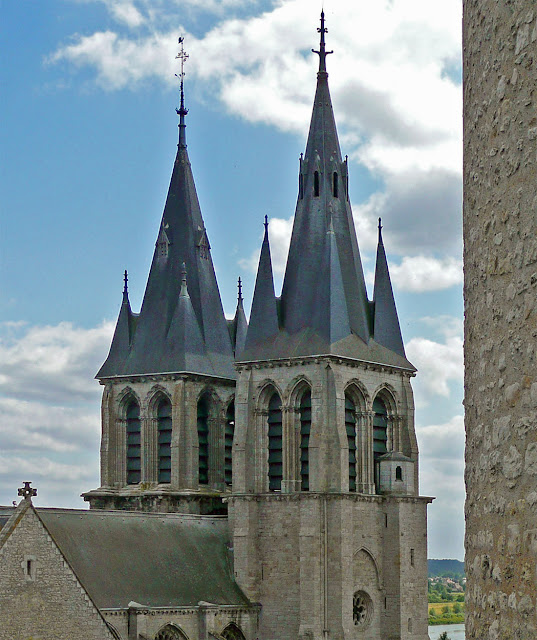 Somehow, the wartime bombardments did little damage to the Saint-Nicolas church besides blow out the old stained-glass windows. New  brightly colored windows, which I've photographed and posted about, were installed in the old building 50 years ago. 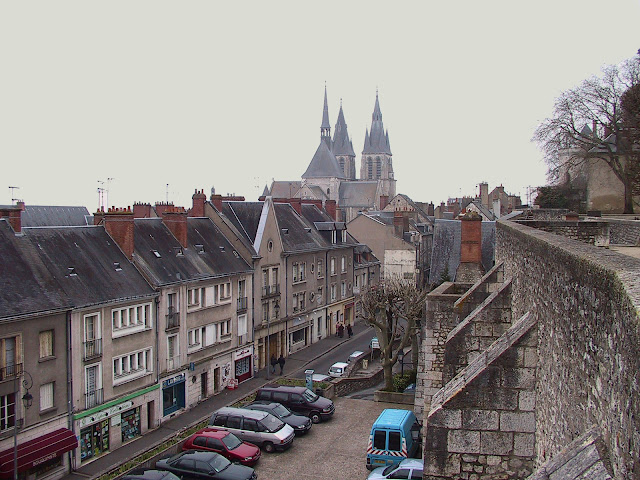 Saint-Nicolas was built in the 12th century by monks fleeing the Viking invasions in Normandy in the early 10th century. Parts of the church weren't finished until the early 13th century. The church was badly damaged in the late 16th century during the wars of religion between Catholics and Protestants, and the old monastery attached to the church was razed. The monastery was rebuilt in the 17th and 18th centuries, and later was used as the town's hospital.
Posted by Ken Broadhurst at 06:30