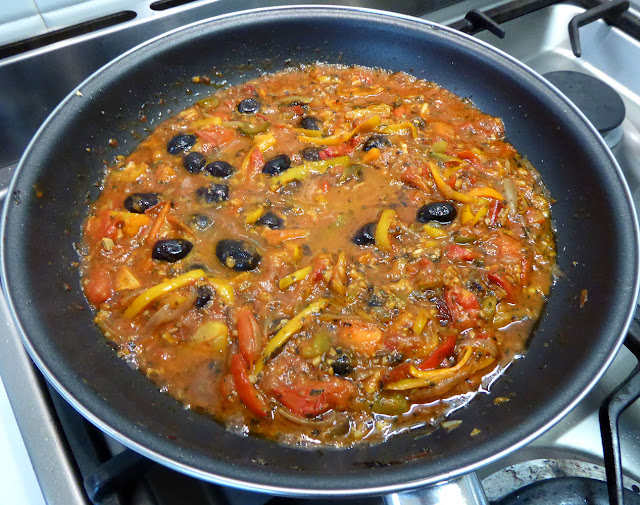 At the supermarket on Tuesday, I noticed that a cut of beef called a pièce à fondue was on sale at a good price. The meat was very lean, but this cut is for making meat fondue or brochettes (kebabs) and is pretty tender.


We have so many tomatoes that it was tempting to find a way to cook the beef with them, but I didn't want to grind the meat. So I got the idea of making steak pizzaiola — steak in a spicy, thickened, flavorful tomato sauce. 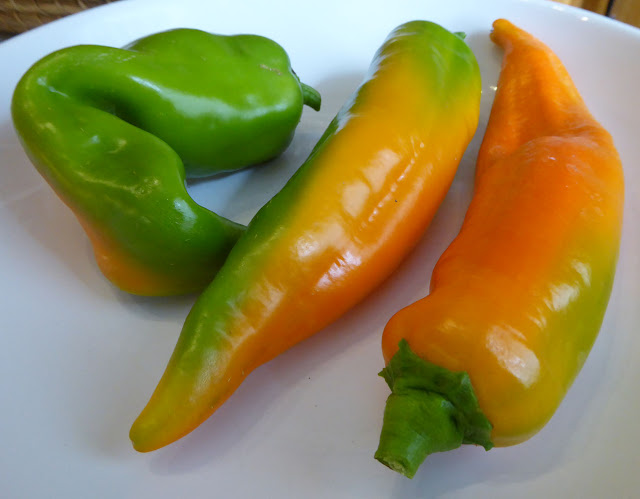 Walt picked these sweet peppers from the garden Tuesday afternoon, along with another 20 tomatoes. Some of the peppers were blemished — sunburned, I think — so I took those and trimmed them up, seeded them, and cut them into strips. Poivrons (bell peppers) are one of the main ingredients in pizzaiola sauce. I also trimmed and cut up four fresh tomatoes from the garden. 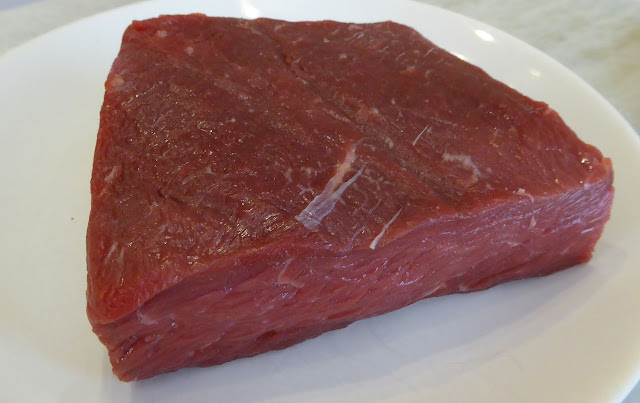 The pièce à fondue didn't look like this when I bought it. To make it into a pavé (a "cobblestone" or thick steak), I trimmed the meat on three sides and cut those thinner pieces into strips. Into the freezer they went, to be used in stir-fried dishes over the next few weeks or months. The pavé was about 3 centimeters thick and weighed 375 grams. 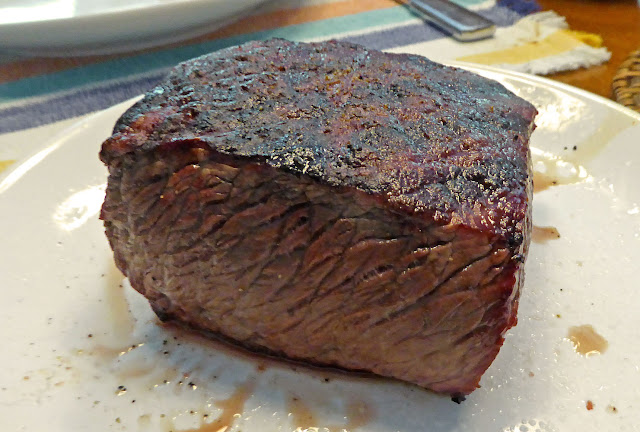 Walt cooked the pavé de bœuf on the barbecue grill. It didn't rain yesterday, so we decided it was a good idea to cook on the grill. You never know when the weather will turn too damp and chilly for cooking out on the trrrace. And the flavor of grilled meat is really good — sort of smoky. You can see that the pavé really plumped up as it cooked. 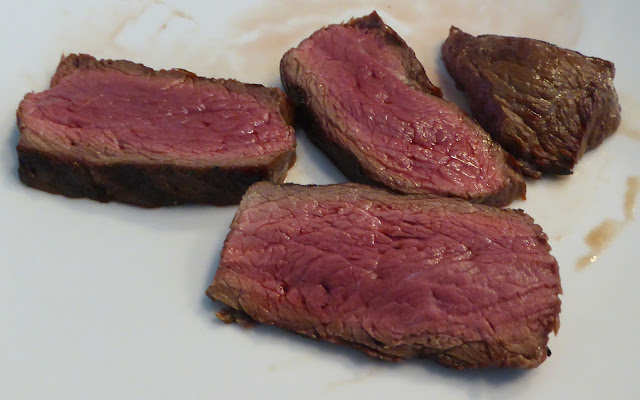 I had read in one recipe on the internet that a good cut of meat for steak pizzaiola was tenderloin. I was hoping this beef would be tender like that. The recipe, which I got on line, comes from Lidia Matticchio Bastianich's book titled Italy in America. We remember watching Lidia's cooking shows on television in California. 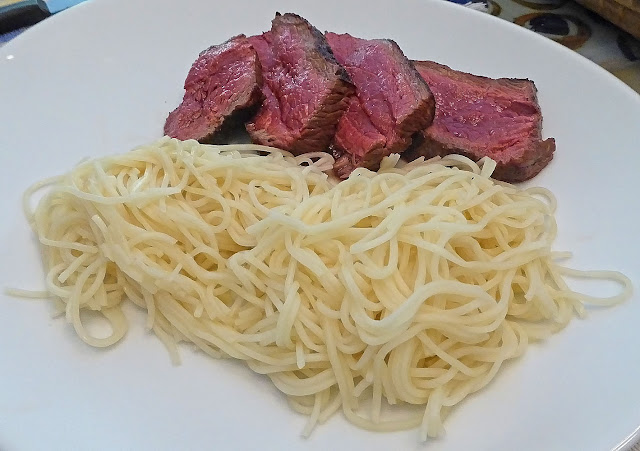 Lidia's note on her recipe suggested that the tenderloin (pièce à fondue in our case) be cooked whole, and then sliced and served with the pizzaiola sauce. That's what we were doing. As you can see, the meat was fairly rare. Spooning the hot tomato sauce over it (and over some cooked spaghetti) would cook the slices of beef a little more on our plates. 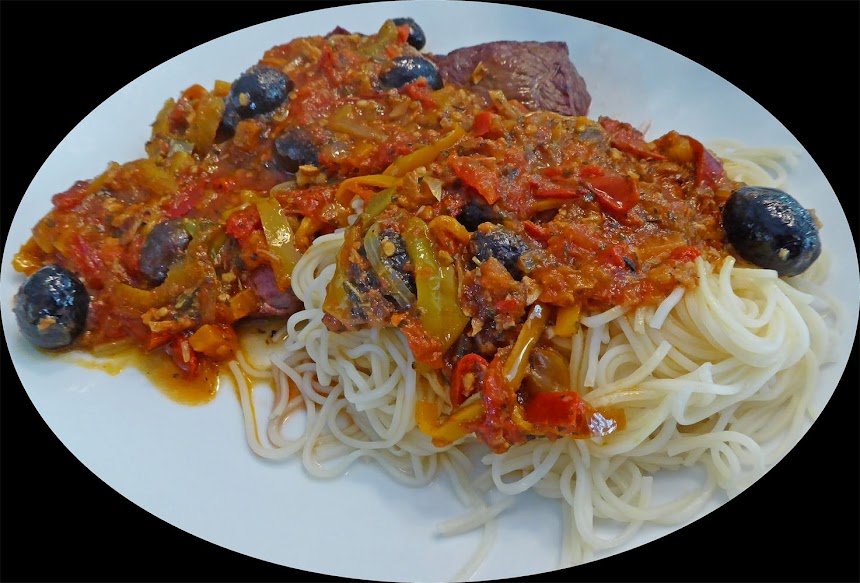 Here's the result. I cooked the four fresh tomatoes, the sweet peppers, a sliced shallot, and three pressed garlic cloves in olive oil first. As you can see, we decided to put black olives in the sauce in the place of Lidia's sliced mushrooms. We had a small container of left-over tomato sauce in the refrigerator, so that went into the pizzaiola as well.
Posted by Ken Broadhurst at 07:00