I ordered six "saddles" of rabbit from the poultry vendor in Saint-Aignan at Easter and when I got them home, I realized they were much bigger than I had thought they would be. That meant, I'm pretty sure, that the rabbits were older than what I was used to — I've been cooking and eating rabbit for at least 40 years. These pieces of rabbit needed longer cooking than would young rabbit. That called for the slow-cooker, and making braises or stews. 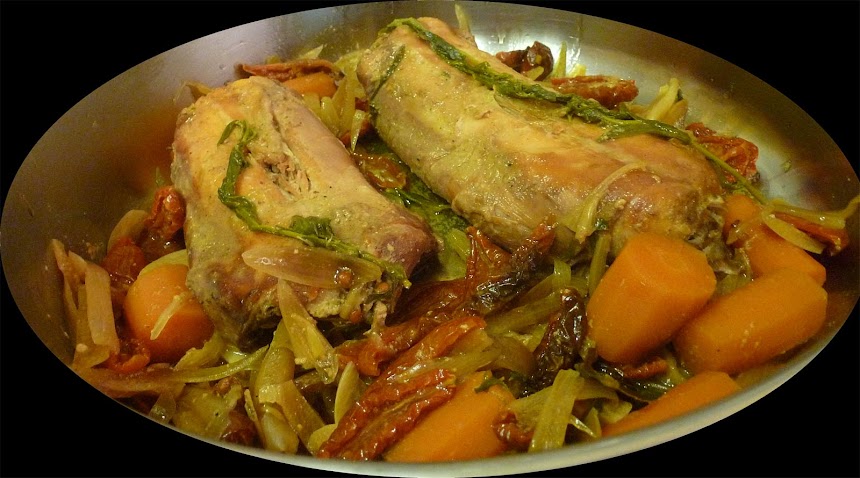 Here's what the Larousse Gastronomique (1967 edition) says about rabbit:

“Rabbit meat is fairly white and contains a little less fat than the meat of fowl. Its flavor depends greatly on what food the rabbit was raised on. Rabbit is stringier and less delicate than poultry, but it is just as easy to digest.”

The six saddles of rabbit (râbles de lapin) made three stews, and each time we had at least four servings, if not six, out of the stews. The râbles, raw or cooked, freeze well, and I still have some of this last rabbit stew in the freezer. I made it by adapting a recipe for chicken called Poulet au vinaigre et à la moutarde. Not a lot of adaptation was required, actually, because rabbit meat is so similar to chicken, and because two of the râbles weighed about as much as a whole chicken. 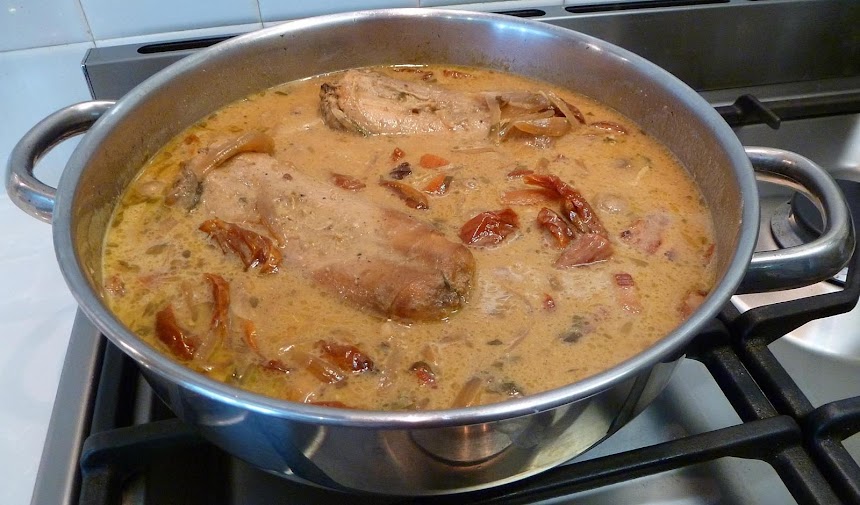 You might not think so from the title of the recipe, which mentions vinegar and mustard, that this is dish of poultry or rabbit in a cream sauce. The sauce contains onion or shallot, carrot, smoked pork lardons, mushrooms, and, in my version, oven-dried tomatoes and fresh tarragon. Since rabbit is slightly bland, it needs strong seasonings to add flavor — wine, vinegar, mustard, pork, and herbs. 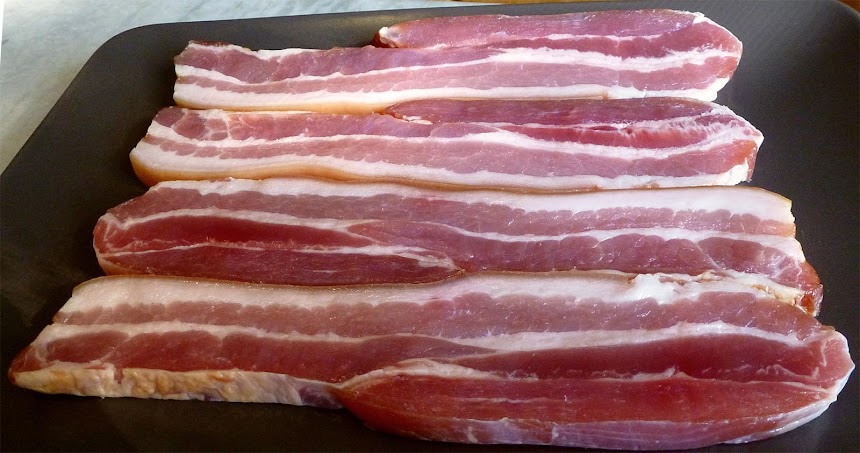 For "meatiness", smoked pork is perfect. White wine balances the tartness of the vinegar, and mustard is a standard ingredient in rabbit dishes in France. I mean Dijon mustard, of course. Finally, cream added to the cooking liquid toward the end balances it all out. Tomato, in the form of tomato paste or, in this case, oven-dried tomatoes cooked along with the rabbit, also adds flavor and richness. Don't forget the mushrooms. 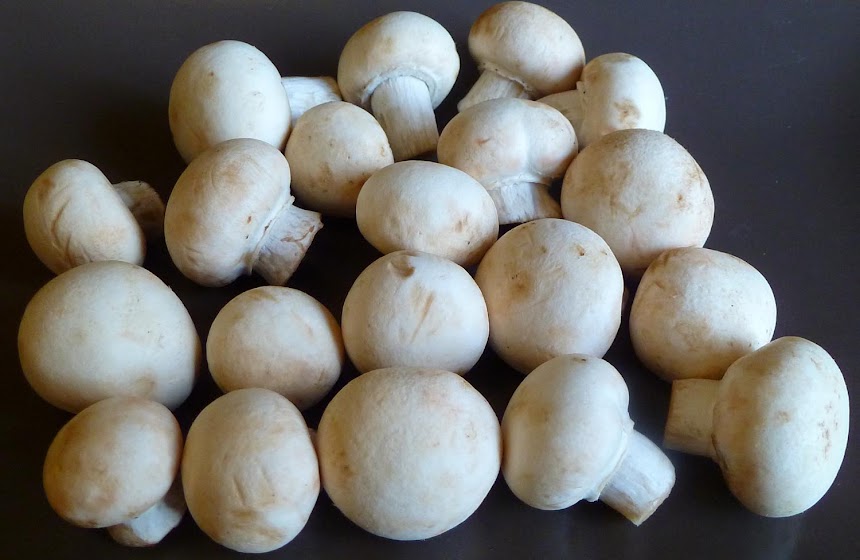 Here's a post with a recipe for Poulet au vinaigre that I made in 2010. The recipe is good with either chicken or rabbit. Or turkey, for example.