Looking at old photos I found while cleaning and organizing my desk has taken me back in time. I got my first digital camera in 1998, for Christmas. It was a gift from Walt and CHM, who combined their resources to buy it. Cameras were expensive back then. I bought my second digital camera in the year 2000. I've owned 10 or 12 digital cameras over the years.

My second digital camera was a Canon model with a very long zoom. I had never really enjoyed photography before digital came along. Suddenly, I could take pictures, see them immediately, and not feel I had just wasted the money I had spent on having film developed if they didn't turn out the way I expected. At the time, I was working for a software startup about 12 miles south of San Francisco — we were living in SF — and I was amazed to learn that I could take photos like the one above from such a great distance. 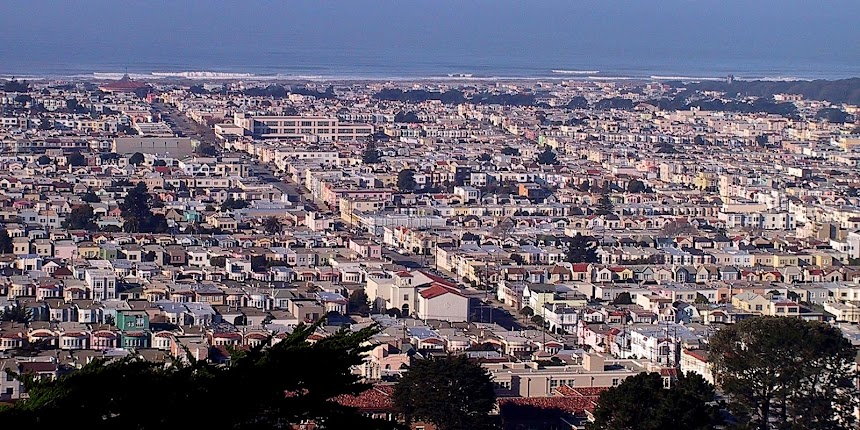 If you don't know San Francisco or what it looks like — or looked like in 2002, because it might be vastly changed now — this will give you some idea. The neighborhood above is called The Sunset and it borders the Pacific Ocean. It's a neighborhood of single-family houses and small apartment buildings. (These photos date from 2002. As usual, you can enlarge the images by clicking on them...) 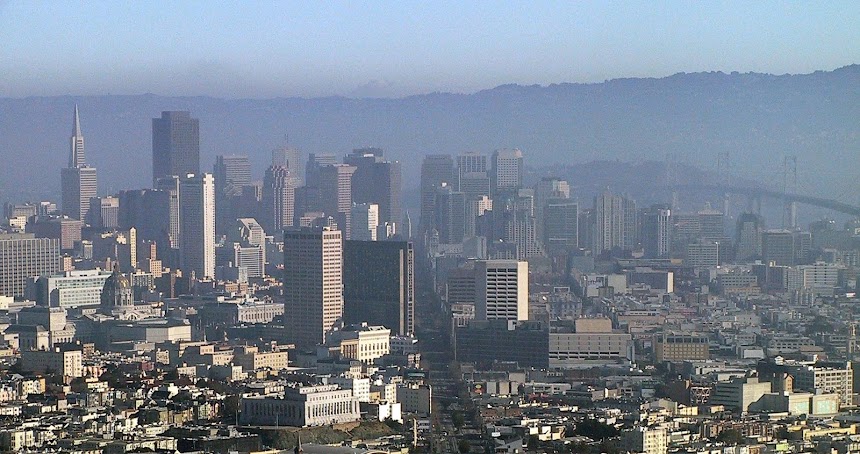 Above is a view of Downtown and its skyscrapers. The dome on the left is City Hall. Walt worked downtown, but I worked mostly south of The City (as they called it) on what is called The Peninsula and even farther south in Silicon Valley. We lived out there for more than 17 years, from 1986 until 2003. 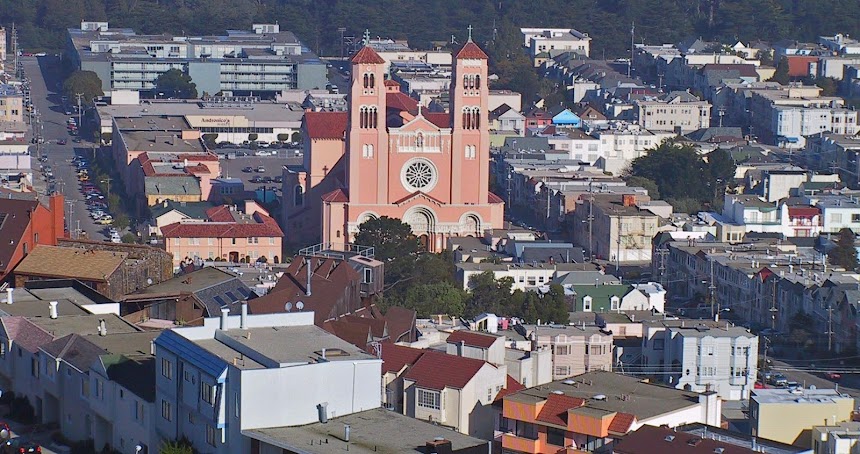 Above is a neighborhood in the middle of The City. It borders Golden Gate Park, a huge green space that runs from the middle of town out to the ocean. These are foggy, windy neighborhoods, especially in what passes for summertime out there. Mark Twain famously said the coldest winter he ever spent was a month of August in San Francisco. 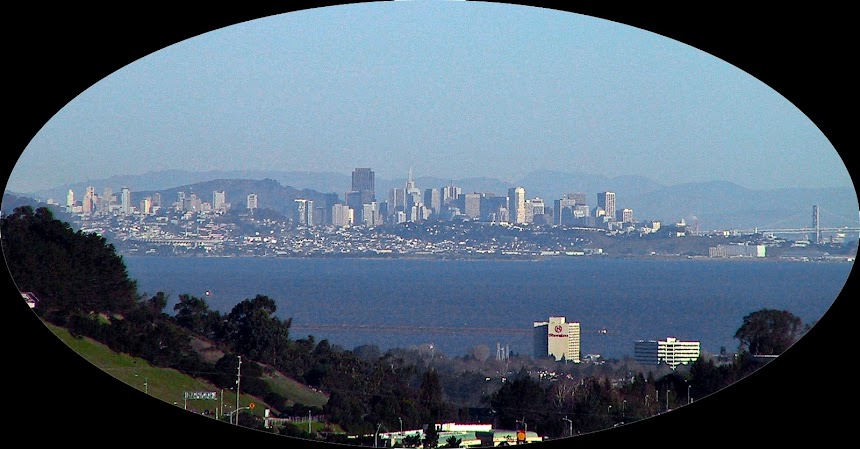 Before moving to San Francisco, I had lived for a total of about eight years in France, mostly in Paris, and also four years in Washington DC, after growing up and going to college in North Carolina, and also spending five years in graduate school in Illinois. At first I loved San Francisco, but I ended up disillusioned by the place. It was crowded and traffic was terrible. I hated the earthquakes, and wasn't crazy about the weather. I was ready to come back to France, and that's what we did, in 2003. Over these 15 years in Saint-Aignan, I've never returned to California, but sometimes these days I feel like I might enjoy visiting the place again.
Posted by Ken Broadhurst at 07:10