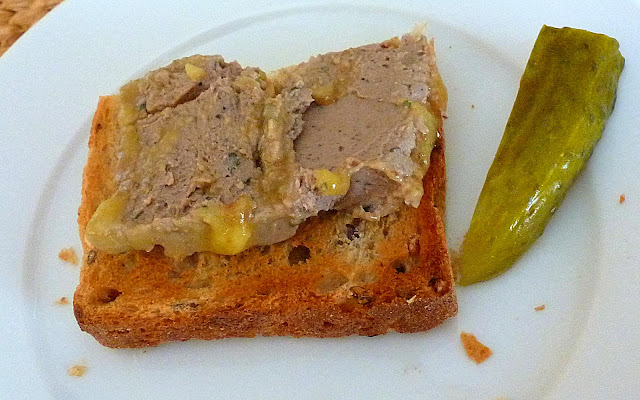 So there were those six big rabbit livers, and the 12 kidneys, attached to the râbles de lapin I had ordered from the poultry vendor at the market in Saint-Aignan. I already knew that both the liver and the kidneys were good to eat, because I've often cooked them with the meat of the rabbit in stews and braised dishes. Usually I buy a whole rabbit so I have just one liver and two kidneys — not enough to do anything elaborate with. 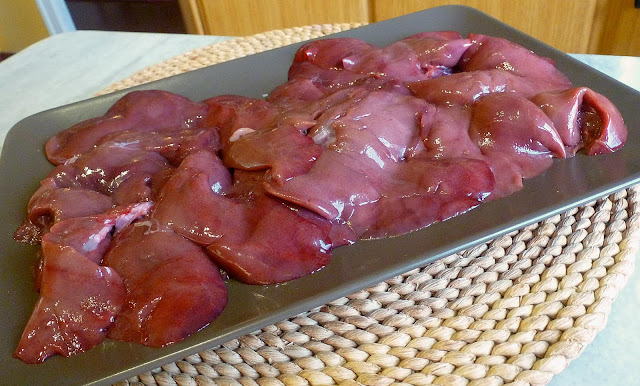 If you read this blog regularly, you know that lately I've been figuring out how to make good pain de mie (sandwich bread) because few local bakers have it on offer with any regularity. The reason for my sudden interest in sliced loaf bread was what I did with the rabbit's liver and kidneys. I made a kind of potted meat or pâté called a mousse with them, using a recipe that would normally be made with chicken livers.

I carefully cleaned and trimmed the huge rabbit livers to make sure there were no veins or green spots on them. The green would be bile, which tastes bitter. I also trimmed up the plump, round kidneys, removing some of the fat that surrounded them. 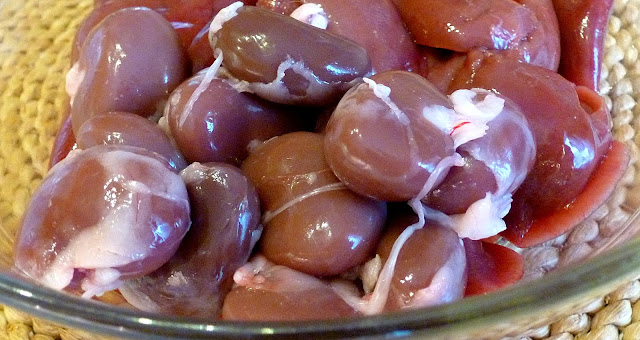 Then all I had to do was sauté the livers and kidneys lightly. I wanted them basically cooked but not over-done and dried out. I used duck fat as the cooking medium, because I thought the taste would be good. You can use butter instead. I first sautéed a chopped shallot or two, and I seasoned the pâté mixture with salt, pepper, thyme, lemon juice, and armagnac (cognac). 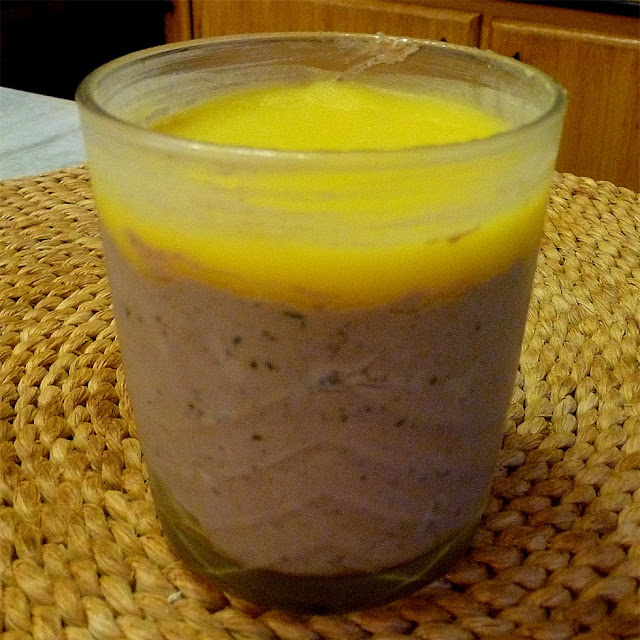 Then I put the lightly cooked livers and kidneys in a deep pitcher and I pureed the mixture with a stick blender. When the puree cooled down in the refrigerator, it thickened into a smooth, flavorful, and spreadable paste. I put it in small glass or plastic containers at that point, and I covered each portion of "chopped liver" with a shallow layer of melted duck fat. When the fat hardened, it would keep the pâté fresh. I froze some containers of the mousse for later. 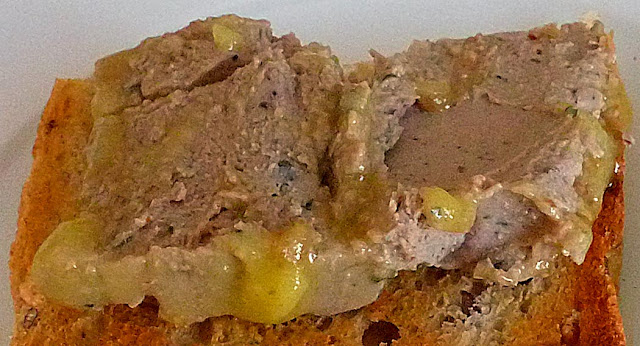 Cold mousse de foie de volaille — foies de lapins in this case — is delicious spread on slices of breads like toasted pain de mie, pain de campagne, or the flax seed loaf I found at one local bakery. Cornichons (pickled gherkins) and a glass of good wine are fine accompaniments. Mousse de foie de lapin is a kind of poor man's foie gras... Here's a link to a Jacques Pépin recipe for chicken liver pâté.
Posted by Ken Broadhurst at 06:45