Thanks to Walt for the funky title. And to Bertie the black cat for the funky poses and photos. I took these about two weeks ago, as Tasha the sheltie and I were going out for an afternoon walk. I think the cat wanted to go with us. 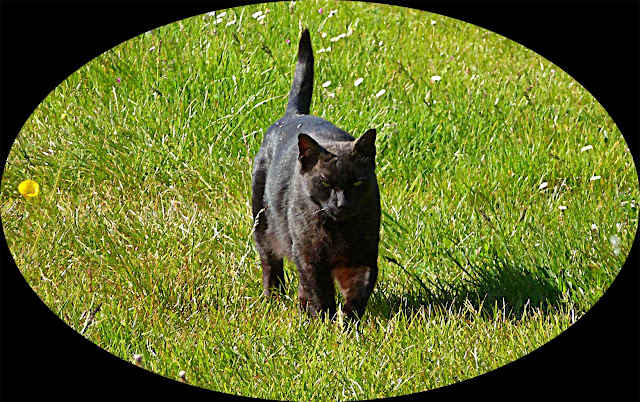 Tasha, short for Natasha, is the third dog we've had as part of the household since 1992. Bertie, not a nickname or shortened name, is surely the only cat we'll ever have. He came to live here in 2010, when British friends of our who lived just down the road decided to return to the U.K. 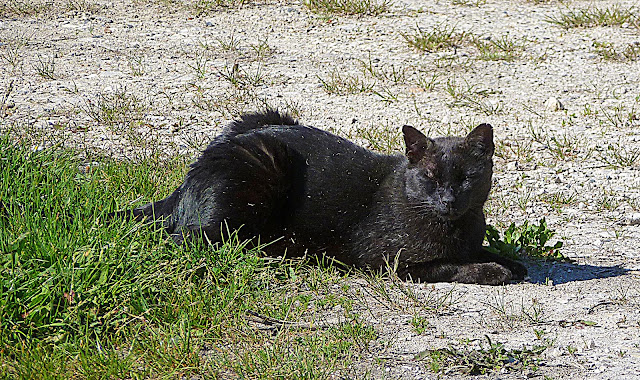 For a variety of reasons, they couldn't take the cat back to England with them. He was four years old at the time, and he had been part of a litter born just across the river in Noyers-sur-Cher. He's part Siamese and he's now 12 years old. He's a fixture in the hamlet. 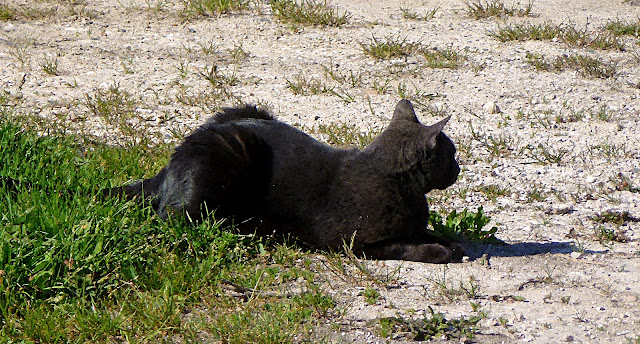 When Bertie was left with us, we were told that we should keep him shut up in the house for a week or two so that he would come to think of chez nous as chez lui too. We ended up keeping him inside for only two or three days. One time he disappeared for three days, and it turned out he had been shut up in our neighbors' garage by accident when they went away for the weekend. Otherwise, he never ran away or even roamed much. 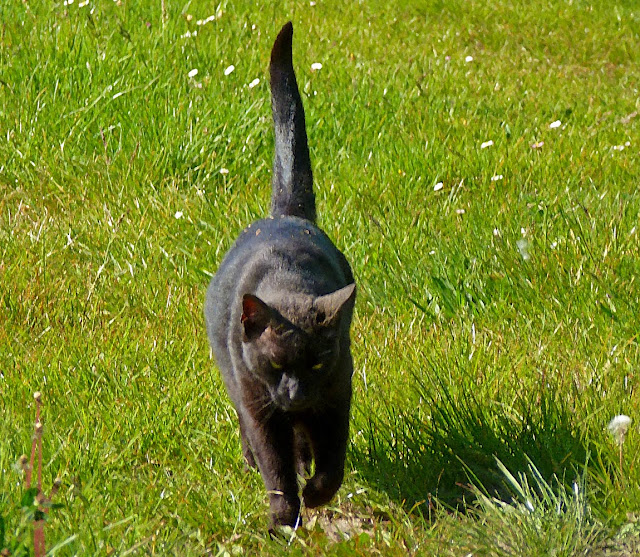 Maybe it helped that the cat had gotten to know us when he was just a little kitten. When he came to live here, he fought with all the other cats in the neighborhood. Sometimes I wondered why in the world I had agreed to take him in, because he caused so much trouble and noise. He even scratched one of our neighbors and, another time, a cousin of hers who was visiting. I've never figured out what those two did to provoke the attacks they described.

All that is behind us now. Bertie gets along with the other neighborhood cats and with the neighbor who said he scratched her. Better yet, he gets along with Tasha just fine. He spends a lot more time in the house than ever before, but he still sleeps on his bed down in the garage, with a window open so that he can come and go as he pleases.
Posted by Ken Broadhurst at 06:45