They say you can eat the flowers commonly called fleurs d'acacia, which grow on trees all around the edges of the vineyard. The trees are covered in white blossoms right now. They certainly are fragrant. 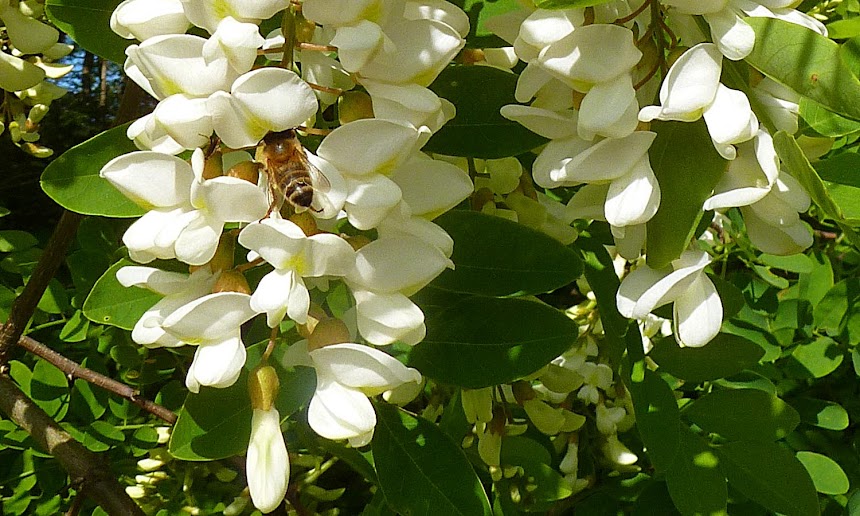 I've never tried making the beignets with acacia flowers that people at least talk about making here. Our neighbor across the street used to make them, she says, but she and her husband are not often here in the spring these days. That's when the trees are in bloom. 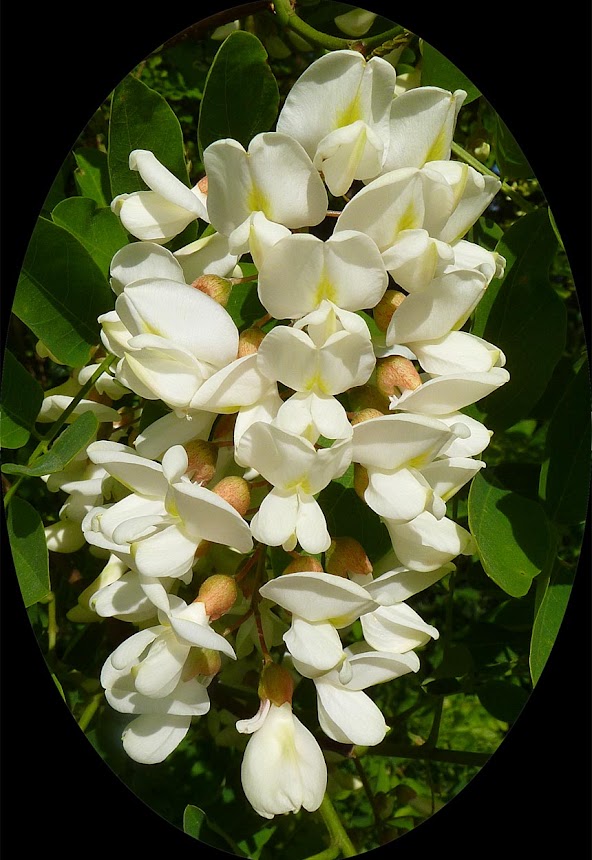 There's a Julie Andrieu video here showing how the beignets are prepared. I wish she'd come to Saint-Aignan and make some so I could try them. The dictionary gives "fritter" as the translation of the French term beignet. The flower bunches are dipped in what is basically a crepe batter and then deep-fried. There's a recipe on this blog. 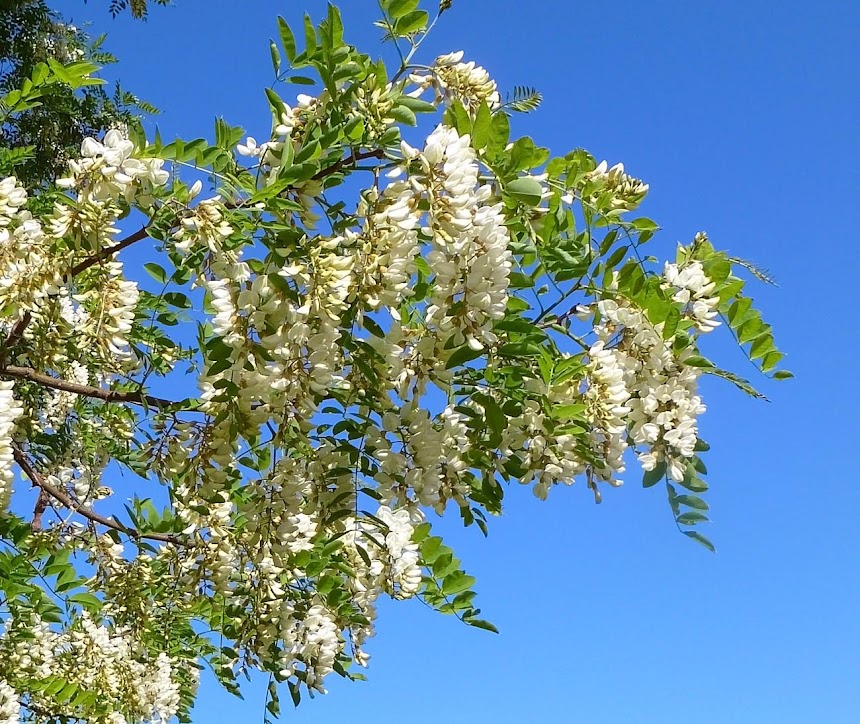 The acacia flowers grow on trees that were brought to France 400 years ago from the eastern part of North America — the Appalachians and the U.S. Midwest. They resembled a native tree called l'acacia and that name was applied to the imported plant.

So it's actually a false acacia. I knew these as locust or black locust trees when I lived in Illinois back in the 1970s. Nobody knows what the locust tree's native range was originally, because it has been so widely planted and naturalized all over North America and on other continents, including Europe. Sometimes I wonder what our European ancestors did for food before their "discovery" of America brought them tomatoes, potatoes, squashes, peppers, and all.
Posted by Ken Broadhurst at 06:30