Yesterday I made my pain de mie and I also marinated the two saddles of rabbit (râbles de lapin) that I wrote about in my previous post. I ended up letting the bread rise overnight, the way Walt lets his pizza dough rise for 18 hours, and I baked it this morning. I just took it out of the oven. I simmered the rabbit overnight in the slow-cooker. I'm not ready to blog about either one of those yet because I haven't yet taken the photos. Stay tuned... 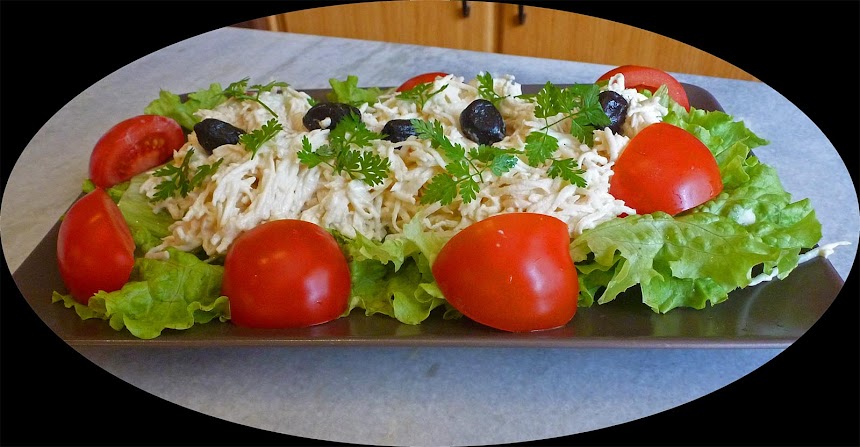 Meanwhile, our Saturday lunch was céleri rémoulade — grated celery root (céleri rave) with a dressing of mayonnaise, cream, and Dijon mustard (recipe) — with tomatoes, lettuce, and black olives. We had to buy tomatoes, because it's so early in the season, but for hot-house tomatoes they weren't bad.

Alongside the salad we had a serving of smoked trout — truite fumée — which is cold-smoked rainbow trout. It's farm-raised fish and smoked over beech wood (bois de hêtre). 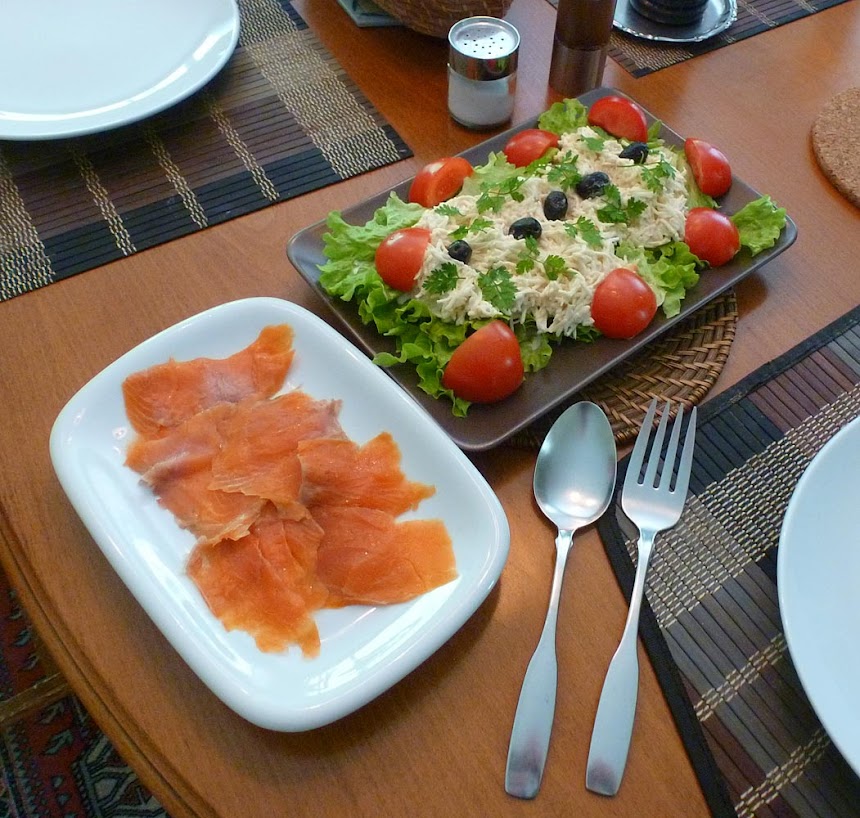 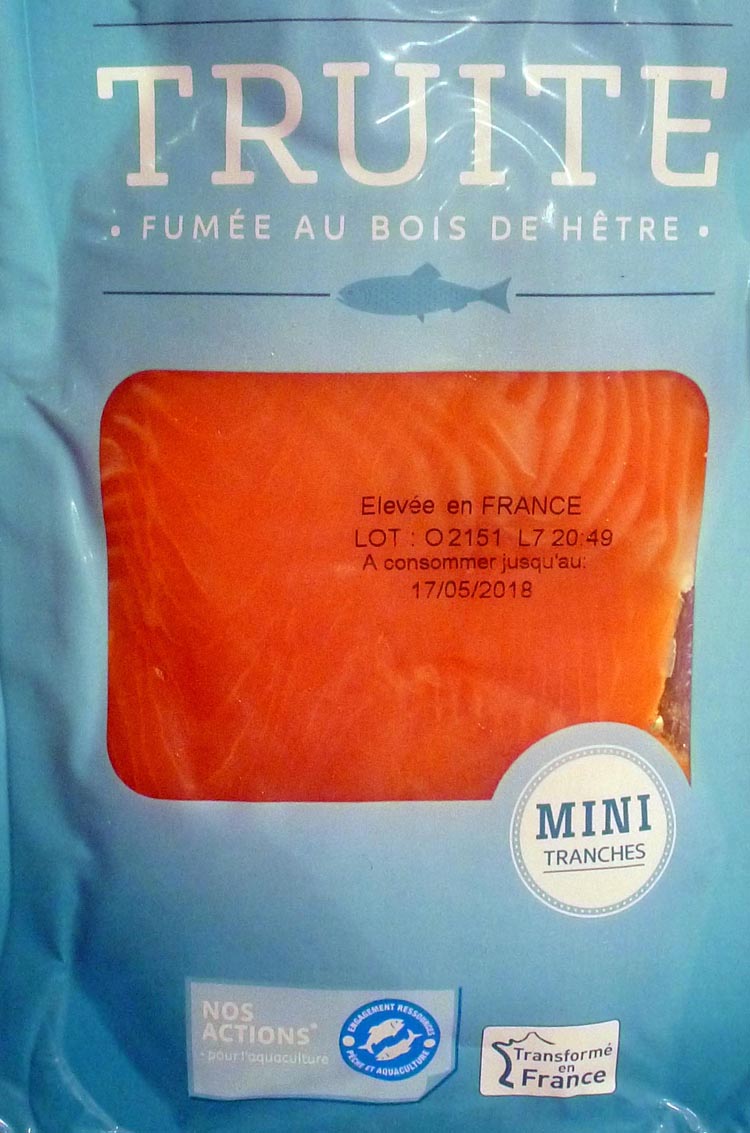 I like that the trout is sold in small sous-vide packs, so you don't have leftovers once you open it. At 100 grams, it was just enough for the two of us. I bought two packages, so we can have it again this coming week. We both thought it was very tasty. 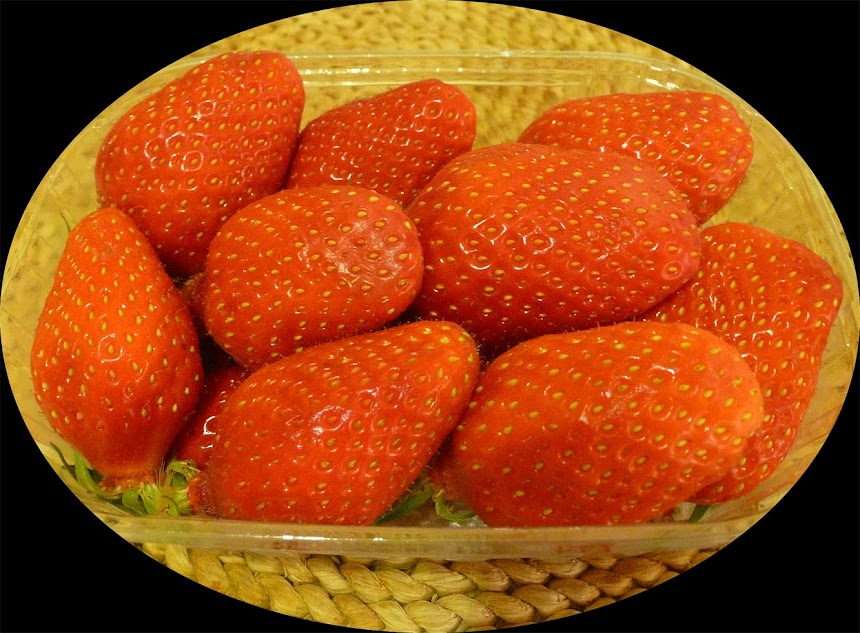 The other seasonal treat that Walt was able to get at the market was local strawberries. That was our dessert.
Posted by Ken Broadhurst at 07:00