Another lunch, another sunset 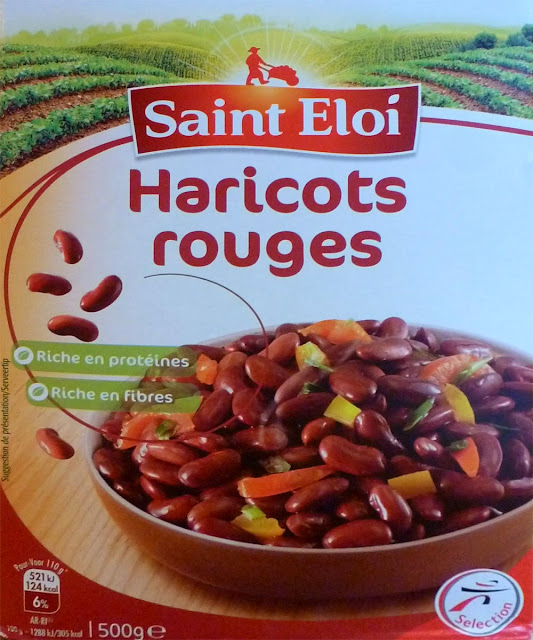 I think I mentioned in a comment on a recent post that I was planning to cook some dried haricots rouges for lunch. Well, I did cook them — on Saturday. I cooked them in distilled water that I bought at the supermarket, because the hard local water (high in calcium) seems to harden the skins of dried beans in the cooking. They're better when the skins are tender. 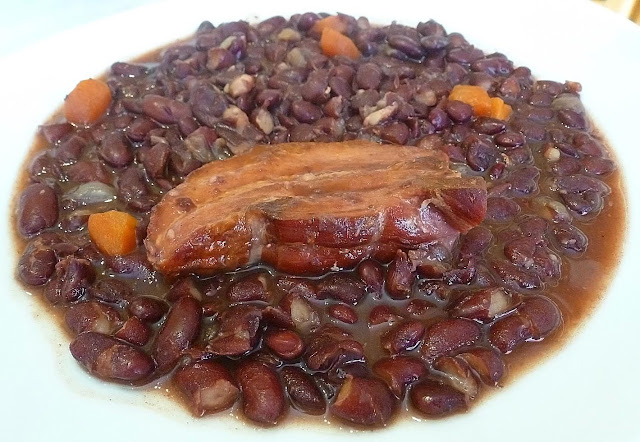 We ate them for Sunday lunch with a big piece of poitrine de porc fumée — smoked pork belly — that I cut into four thick slices, browned in duck fat, and then braised in some bean broth. The pork was very lean and tender. The beans were tender too, so cooking them in distilled water (eau déminéralisée) seems to be the way to go. 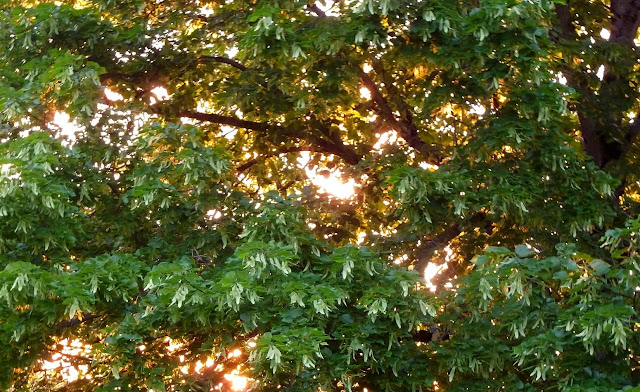 For dessert, we each had another slice of that fresh strawberry pie with pastry cream. We had a few showers of rain in the afternoon, but nothing significant. Walt went out with Natasha. I noticed early in the evening that we were having another nice sunset, so I got out the camera. On the left is a shot of the sunset as seen through the leaves of our linden tree (tilleul). 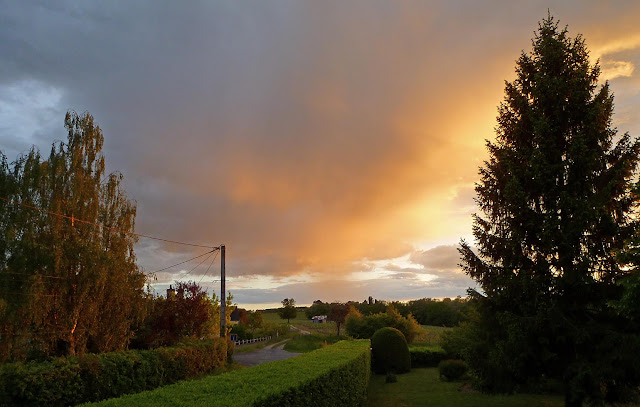 Our downstairs bedroom window looks west and slightly south, so we get good sunset views. In the photo on the right, I think I see raining falling out on the horizon, or maybe just farther out in the vineyard, which extends more than two kilometers southwest from our house. That shower, if it was one, missed us, but we're supposed to get another half-inch of rain this afternoon.