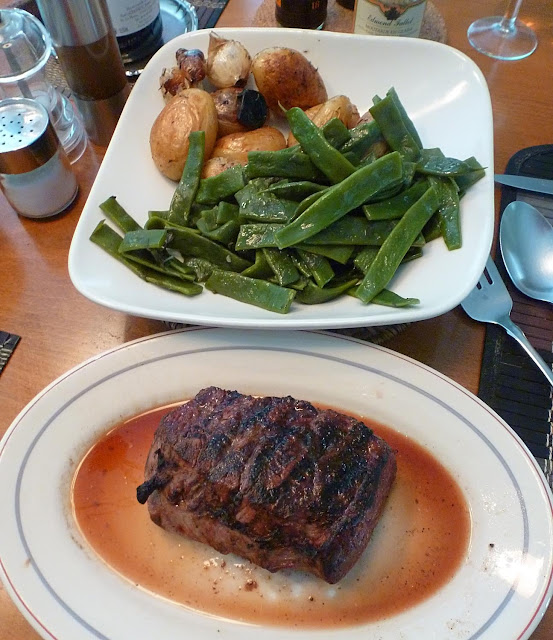 I haven't been doing many posts about food and cooking for the past few months. I'm not sure why. Part of it is that after 15 years here we have settled into a pattern in our cooking, which means we cook the same things over and over again. And happily so.


However, it is grilling season and yesterday Walt cooked a streak on the barbecue grill out on the front deck. It was so good — perfectly cooked medium rare. It was a big lean, thick piece of what is called basse-côte, which I think is chuck steak. And it was labeled à griller and not à braiser or à mijoter. I figured that meant it would be tender cooked on the grill, and it was. Walt has a real knack for cooking meat on our gas grill. 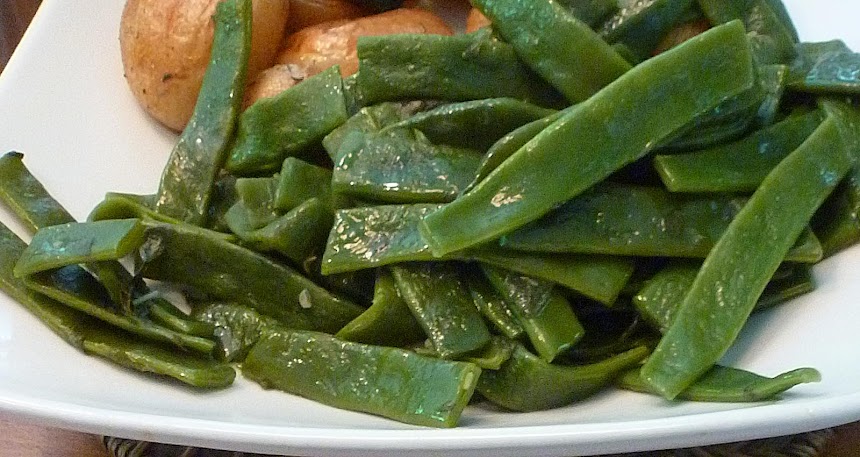 I made some pan roasted new potatoes to have with it, plus some long green haricots plats, which I think might be called Romano beans in the U.S. Or "flat beans" — I love those and Walt has planted some out in the garden already. The potatoes are called pommes de terre grenaille, and I'm not sure if that is a potato variety or just a way of cooking little new potatoes*. They are unpeeled and cooked with salt, pepper, a lot of garlic cloves (that black thing in the top photo is a charred garlic clove), along with herbs like thyme, rosemary, parsley, or whatever herb you want or have. Walt said he enjoyed pommes grenaille served in at least a couple of restaurants in Paris last weekend when he was there. Maybe it's new potato season right now. 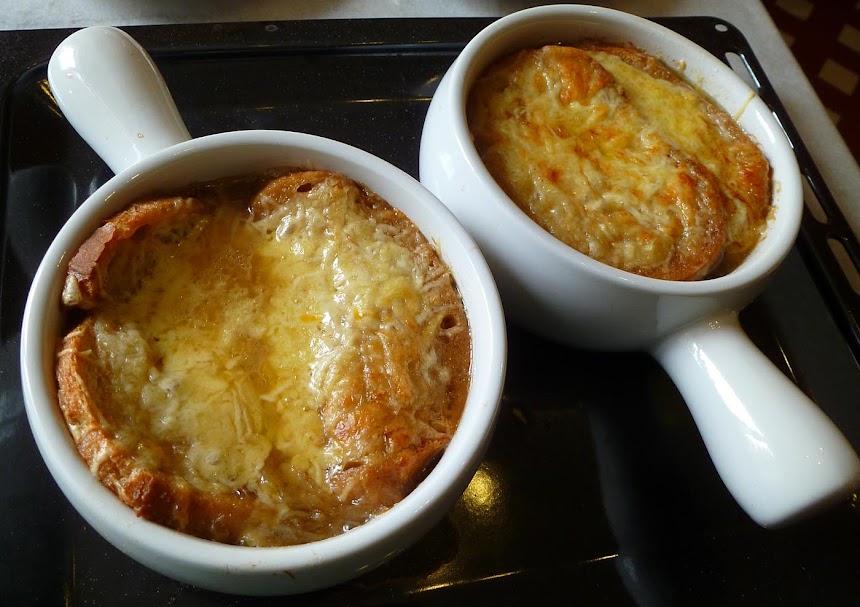 A week or two ago I made French onion soup — that's soupe à l'oignon gratinée in France. It's a wintertime dish, but we had a little cold snap following a hot spell in April, so it seemed like a good time for that kind of food. I had a big bag of onions down in the cellar, and they needed to be used. You float stale or toasted bread on the surface of the bowls of onion soup, sprinkle on grated cheese, and brown it in the oven. 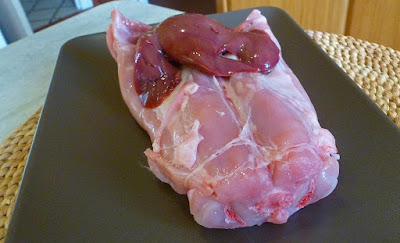 Another thing I've been cooking for a month or more now is rabbit. At Easter, we ordered six "saddles" of rabbit from the poultry vendor at the Saturday market in Saint-Aignan. That's called the râble in French, and the pieces were a lot bigger than I expected them to be. Each weighed about a pound, so two of them gave us a good meal for two people, with leftovers. As you can see, the saddle of rabbit comes with the animal's liver and kidneys, and I made a good mousse de foie, a kind of creamy liver pâté, with those. More about that later. I'll be cooking the last two râbles today in the crock pot.


* After some research, I think I now know that grenaille describes the size of the potatoes, not their variety. Pommes de terre grenaille can be made with just about any variety of potatoes. The potato variety I used is called gourmandine, and on the bag it says they are potatoes for sauteing or steaming. I just picked the smallest potatoes out of the bag for pan-roasting unpeeled.
Posted by Ken Broadhurst at 07:09