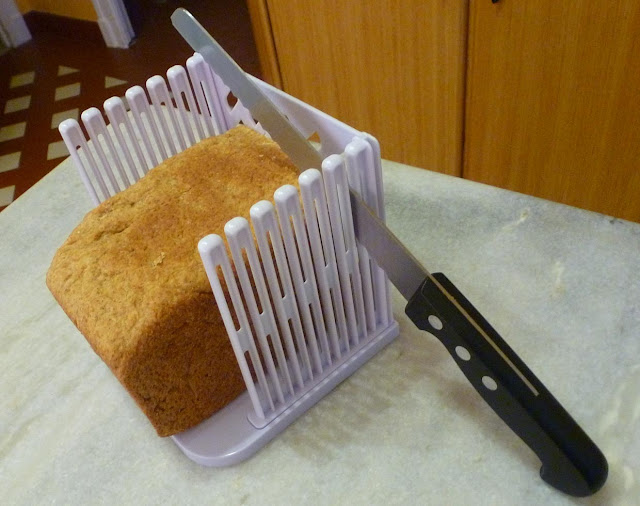 I made another loaf of sandwich bread. This time it's whole-wheat, or semi-whole-wheat. I used about one-half whole-wheat flour and about one-half all-purpose flour. I put a little bit of molasses in the dough, for color, and some honey, to feed the yeast. I used fresh baker's yeast instead of the dried kind. And instead of softened butter, which French recipes for pain de mie include, I put in a tablespoon or two of sunflower oil in the dough. It all worked and the bread is good. 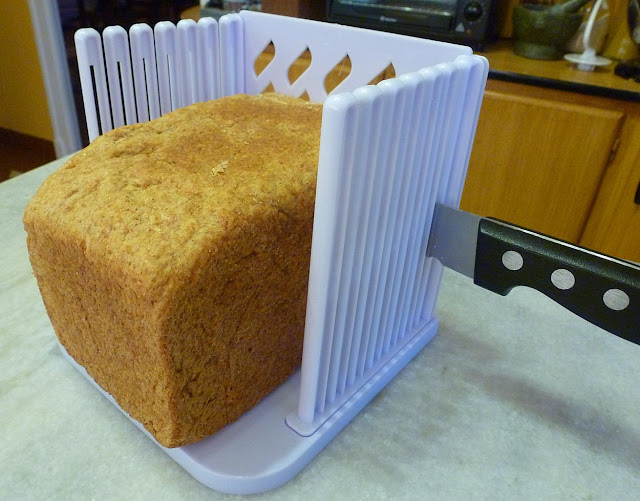 I recently ordered a "bread slicer" from Amazon France (amazon.fr). It arrived yesterday. Cutting even slices off a loaf of sandwich bread or a loaf cake is not easy. Actually, "bread slicer" is a misnomer. It's not that but a knife guide. It's very simple, and the one I ordered is made of fairly flimsy plastic, but it works and it cost only about five dollars. If I end up using it a lot, I can always get a better one made out of something sturdier like wood. Look at this selection on Amazon in the U.S. 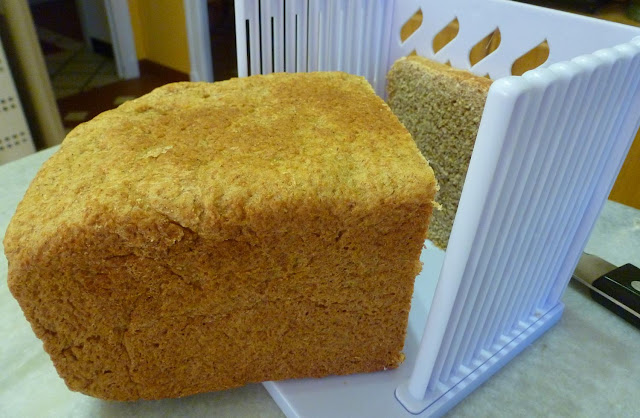 The reason for all this bread-baking is that our village baker recently canceled his home delivery service. For 10 years or more, our "bread lady" (porteuse de pain) would drive up our road in her "little white van" and toot the horn to announce her arrival. We'd go out to the front gate and buy bread from her. No pre-ordering was required. She carried baguettes, other breads, croissants, and even butter, cheese, milk, and other grocery supplies for people who have a hard time getting to the supermarket or to village shops. 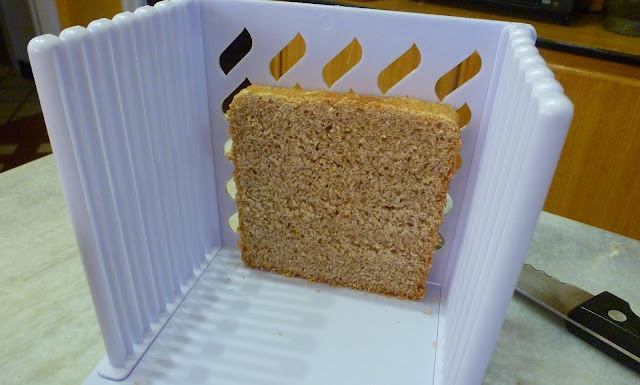 Also, I wanted some good sandwich bread. Not the "industrial" supermarket stuff, which is not all that good. I had memories of boulangeries in Paris and other places where you could buy what is called pain de mie — soft loaves of sandwich bread. It turned out that only one bakery in Saint-Aignan made such bread on a regular basis, and that baker made pain de mie only on Saturday mornings, for weekend customers. 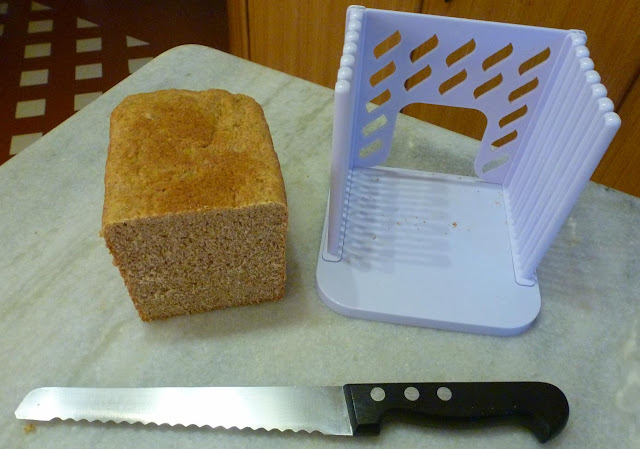 I went back to that bakery this past Saturday morning at about 8:45 a.m. and asked if they had any pain de mie to sell. The young clerk said no, we don't make that. I told him I had been informed back in April that the baker made pain de mie on Saturdays but that I'd need to come in early because the loaves were usually sold out pretty fast. The clerk said yes, that was true, but the baker no longer makes pain de mie. So I ordered myself a nice metal, non-stick loaf pan and started making bread. Now I have a slicer too.
Posted by Ken Broadhurst at 07:15