Isn't croque-monsieur a funny name for a grilled ham-and-cheese sandwich? In this sense, the French verb croquer means "to bite, to crunch" with your teeth, as in eating toasted bread. Croquer une pomme means "to bite into an apple." So the sandwich is one that a Frenchman (un monsieur) might bite into and crunch on. There's also a sandwich called a croque-madame, which is the same thing but more elegant and fancy, with a sunnyside-up egg on top.

An aside: When Walt was a student in Paris in 1981, he lived in a boarding house (une pension de famille) for a few months. One of the employees there was an older man who didn't appear to be in great health and who staggered around the place with a lit cigarette hanging out of his mouth. The American students called him "croak monsieur" because they thought he might croak at any minute. 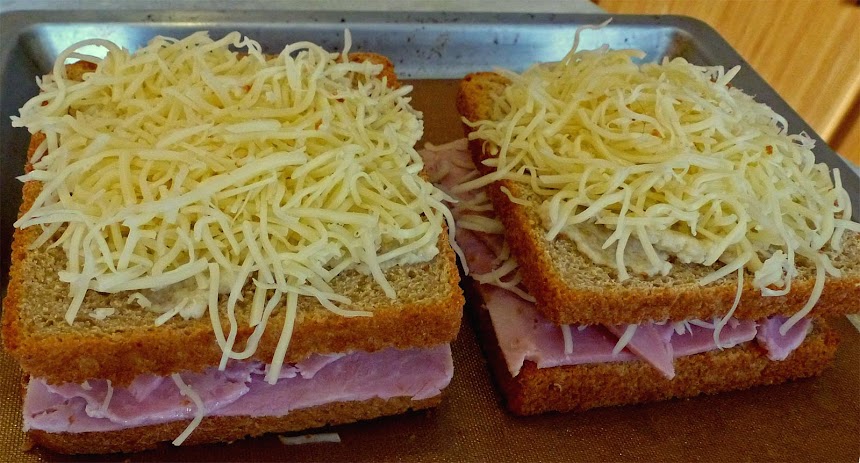 Anyway, I made croque-monsieur sandwiches yesterday, using slices of that loaf of pain de mie ("sandwich bread") I made on Monday. Such sandwiches are a café standard in France, especially in Paris, as a snack or a quick lunch. There's nothing very complicated about them. Sliced bread, sliced ham (jambon blanc a.k.a. jambon de Paris), and grated cheese (Gruyère, Comté, Emmental, or even Cantal). Toasted. You eat it with a knife and fork. 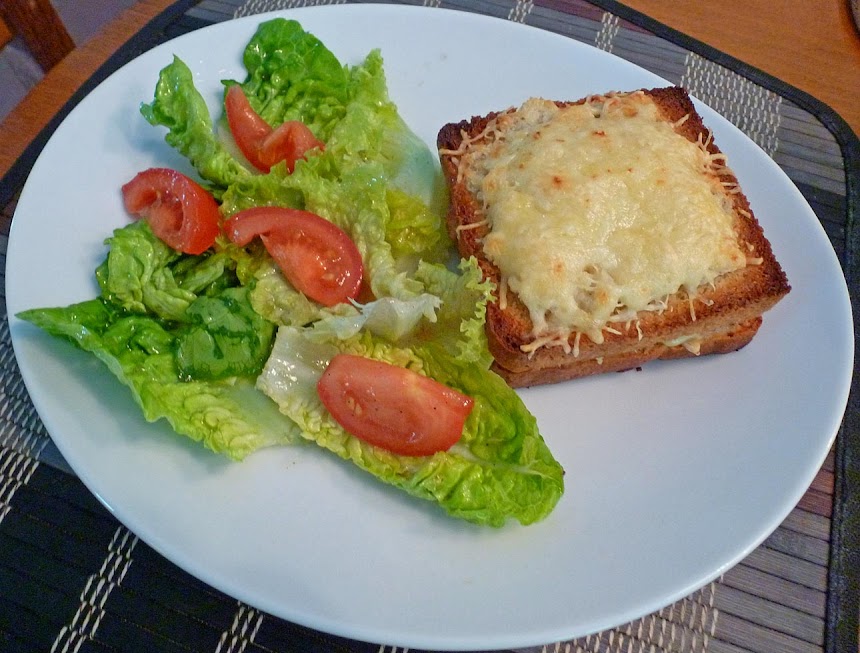 The most complicated part of making a croque-monsieur, assuming your bought your bread at the supermarché or in a boulangerie, is making a sauce béchamel. That sauce replaces the mayonnaise that we might put on a ham-and-cheese sandwich in the U.S. Béchamel is a white sauce made with butter, flour, and milk. You spread some on the bread inside the sandwich and on the top, before you sprinkle the grated cheese on it (there's cheese inside too). Then you stick the sandwich in the oven and bake it until the cheese on top is slightly browned. 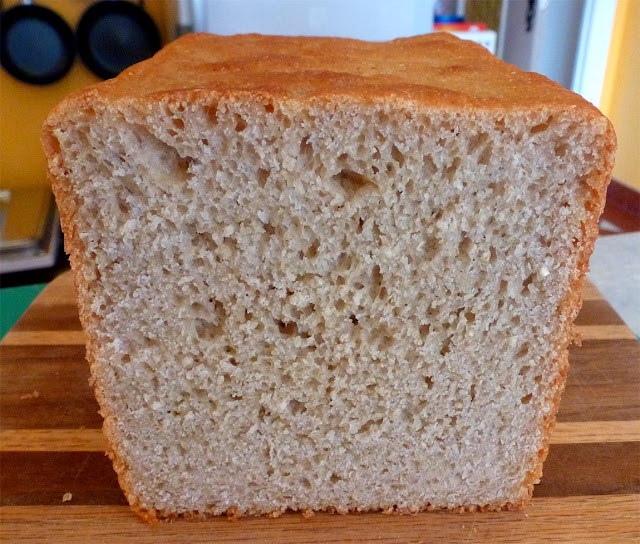 There's something I didn't tell you about the loaf of pain de mie that I made on Monday. I used three kinds of flour: 150 grams of French farine de blé dur (bread flour), 300 grams of French farine type 55 (all-purpose flour), and 150 grams of American white corn meal (brought back from a trip to North Carolina). It's an interesting bread, but certainly not traditional. It made a good croque-monsieur anyway.

Here's a link to a recipe in French for the type of croque-monsieur I made, with photos.
Posted by Ken Broadhurst at 07:00