The Vendée is a French département located on the Atlantic Coast north of Bordeaux and La Rochelle, and south of Brittany. It was named for the Vendée river, which runs through it. There aren't any big or well-known cities in the Vendée, although Nantes is nearby. It's about three hours west of Saint-Aignan by car. 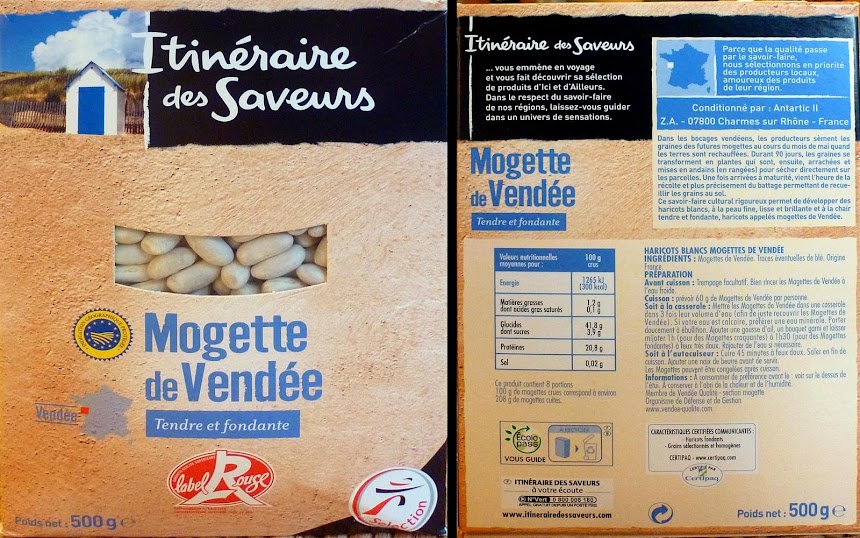 Anyway, they grow some good beans in the Vendée. That's what mogettes are — white beans. Phaseolus vulgaris is the species. Evidently, the maritime climate of the Vendée area is perfect for growing meltingly tender white beans like mogettes. The cooking instructions are below. Among other interesting things, they say Trempage facultatif — soaking the beans before cooking is optional. I didn't pre-soak these, and I cooked them at very low temperature for about 3½ hours. 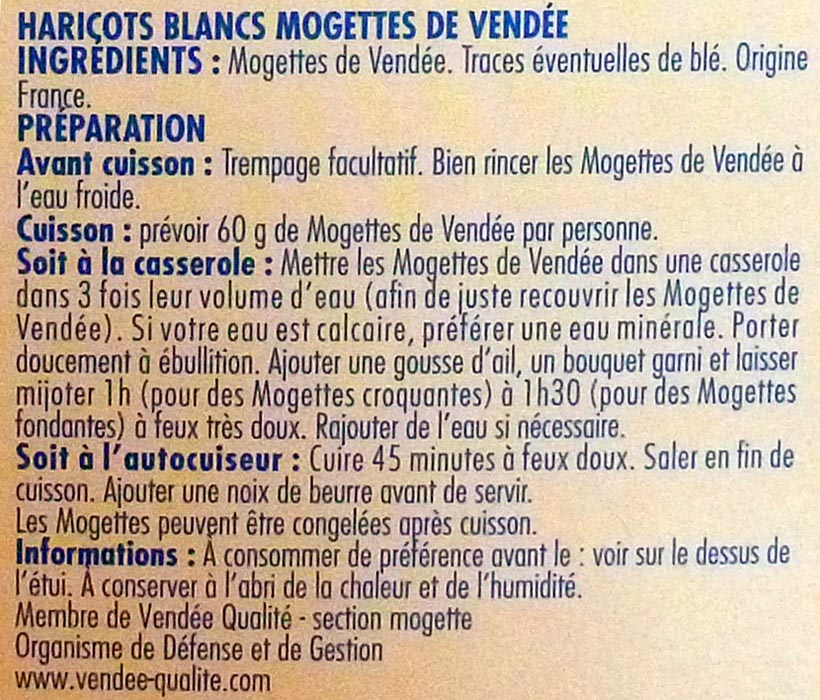 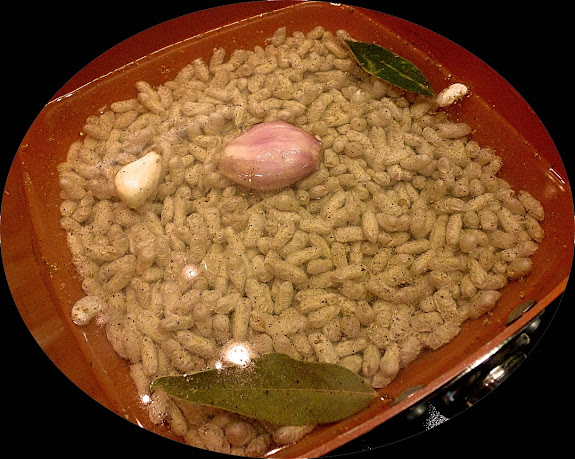 Actually, mogettes are the same variety of bean as the white beans known as haricots lingots that are grown farther south near Toulouse, around the town of Castelnaudary. Lingots are the basis for the bean, duck, and pork dish called cassoulet. I've cooked lingots many times. But I don't believe I had ever cooked or eaten mogettes until a few days ago, when I noticed a box of them at Intermarché. You mostly see mogettes cooked and packed in jars, and they are fairly pricey. I do sometimes buy cans of beans — pinto beans, black-eyed peas — but now that I'm figuring out how to cook beans here with better results I much prefer dried beans. 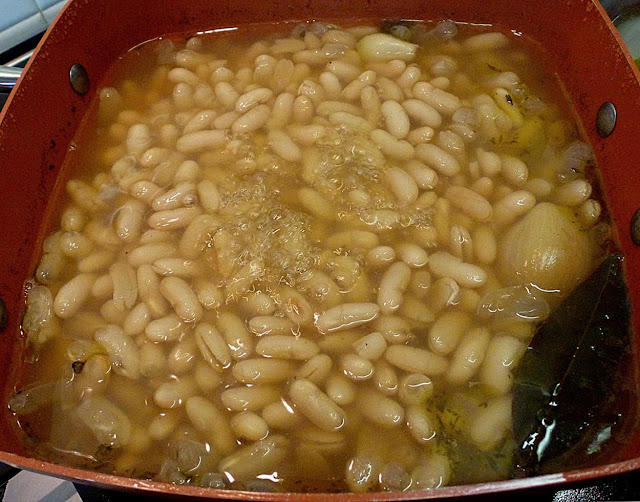 Cooking dried beans has everything to do with the water you use in the cooking. Our water here in the Loire Valley is very "hard" (calcaire) — that means it has a lot of calcium in it. That calcium prevents dried beans from cooking up tender. The skins can be especially tough. For years, I had always heard that it's not a good idea to salt dried beans at the beginning of their cooking time, because salt will toughen their skins and prevent the beans from getting tender. Ha! 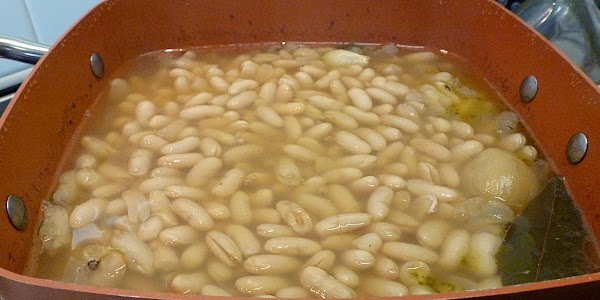 Now it seems that salt has little effect on how tender dried beans are after cooking. It's all about calcium. (We didn't have hard water in San Francisco, where we lived before coming to Saint-Aignan, so I never had to deal with these issues before.) Once I learned about the bad effects of calcium-loaded hard water, I switched to distilled water (eau déminéralisée) for cooking beans. 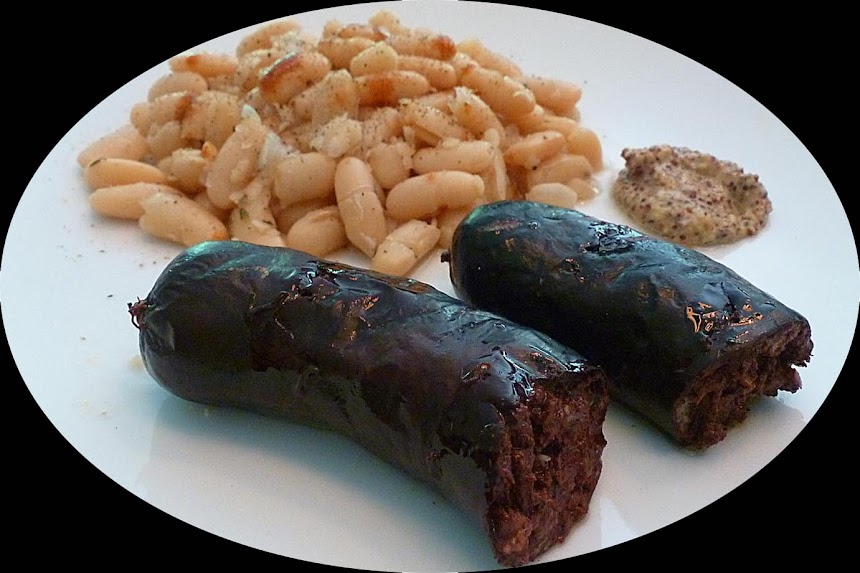 And then I watched a Carnets de Julie show on TV about making cassoulet. The advice of experts that Julie Andrieu presented was to cook dried beans in a good mineral water instead of hard tap water. Or, even better, cook them in sparkling water, which makes them more tender still. I cooked these mogettes in about two-thirds distilled water and one-third sparkling mineral water (which contains a good amount of bicarbonate of soda). This is one of those things where the devil is in the details. These mogettes were meltingly tender. We ate them with some boudin noir (black pudding, blood sausage) that Walt cooked on the barbecue grill.
Posted by Ken Broadhurst at 06:40