Well-baked bread and a well-bred dog

I baked a second loaf of bread in my new pain de mie pan yesterday. It's a pan that has a slide-on lid and the idea is to make just enough dough so that when it rises it fills the pan completely and the resulting loaf is perfectly squared off. 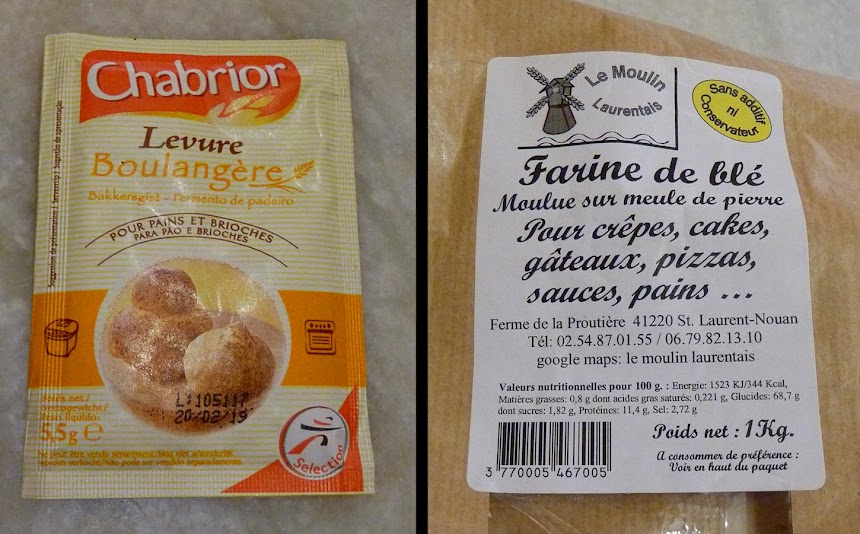 This time I decided to make a very simple loaf of bread using just flour, salt, yeast, and water. And because the first loaf I made didn't rise high enough to fill up the pan, I put in both more flour (540 grams) and more yeast (about 9 grams). I also used a different yeast which is marketed as levure pour pains et brioches. I proofed the yeast in lukewarm water, and at the last minute I decided to stir in about a tablespoonful of honey. That might give the yeast a needed boost, I thought.

The flour I used is locally milled, and it made a nice ball of dough that was spongy but not sticky. The 540 grams of flour absorbed about 350 milliliters of lukewarm water as I mixed and kneaded it in the bowl of our KitchenAid stand mixer with the machine's dough hook attachment. The ball of dough rose for an hour in an oiled bowl and doubled in volume as I wanted it to. You can see that it made a pretty loaf when I baked it after punching it down and letting it rise in the bread pan for about another hour. 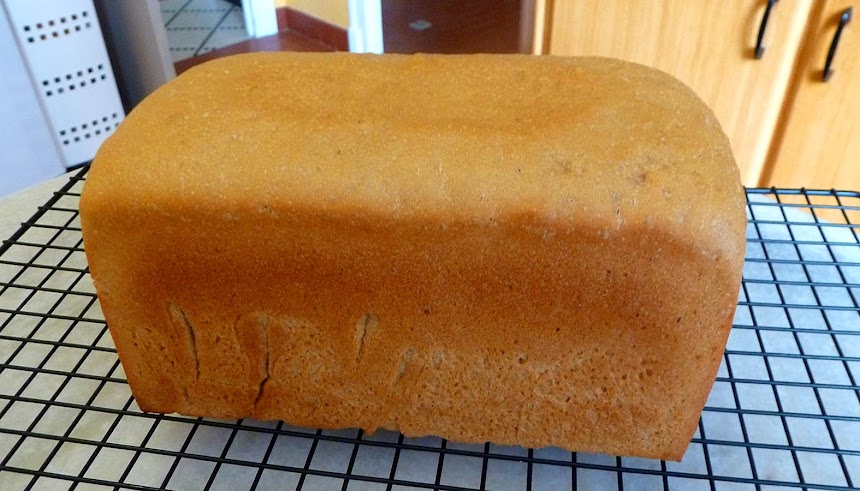 The risen dough still didn't quite fill the pan and come out perfectly squared-off after baking. However, you can see that it did rise up enough to touch the lid of the pan, because there's a flat spot on top. Next time, I'll increase the amount of flour to 600 grams (about 5 cups) and the amount of yeast to 11 grams (two packets of the Chabrior yeast). 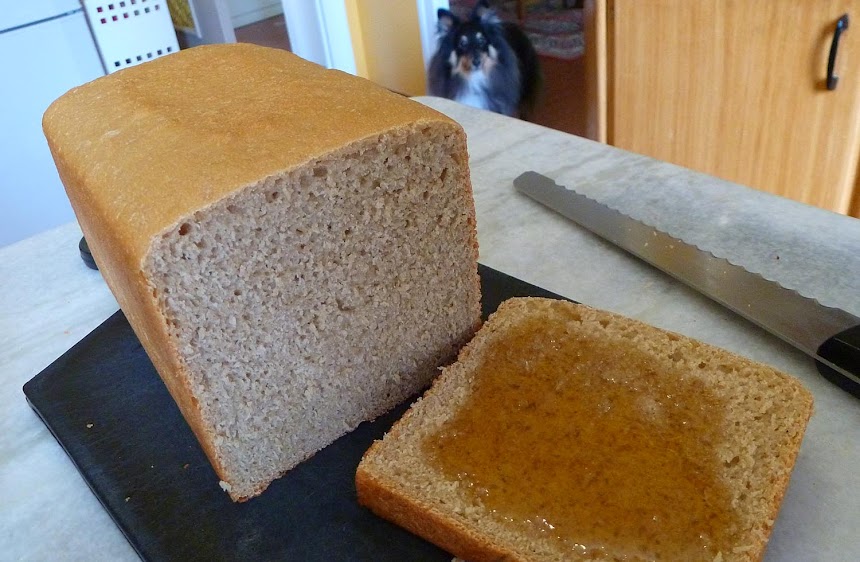 As you can see in the photo above, Mademoiselle Natasha was not indifferent to the smells coming out of the kitchen when I took the loaf out of the oiled, non-stick loaf pan and put it on a rack to cool. I let it cool completely before slicing it with a bread knife. I ate the first slice that I cut with some honey on it, but no butter. This morning I'll toast and butter a slice or two and have them with jam for my breakfast. 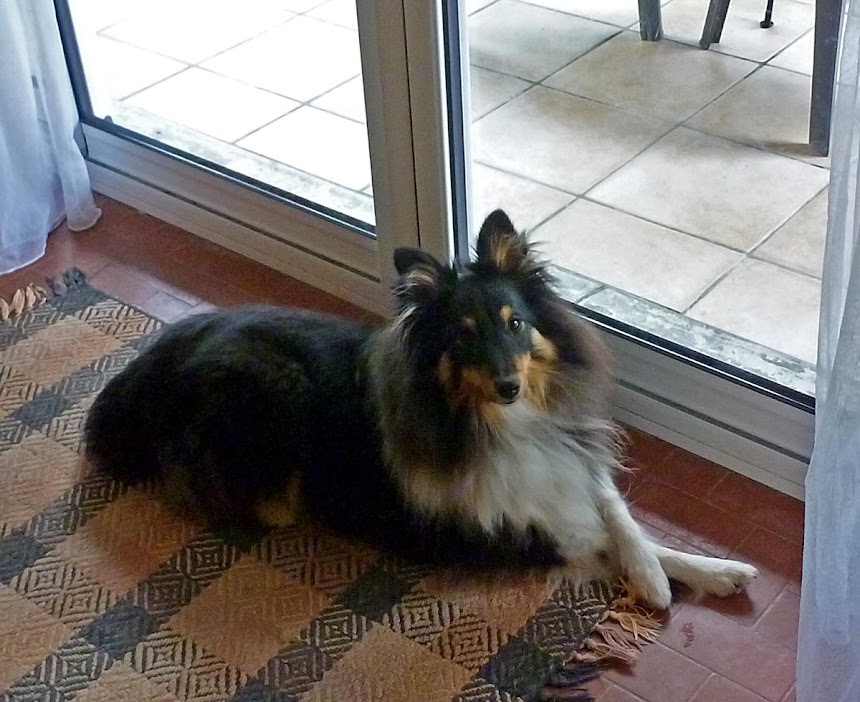 The photo above is not very good, but don't you love the way Tasha sits with her front legs crossed? I had to take the picture quickly because she usually uncrosses her legs as soon as she see me holding the camera. Yesterday's Tasha milestone: we left her alone in the house alone for the first time ever. We were out for a couple of hours in the evening because we were invited over for apéritifs by our neighbors across the road. We thought the pup would cry and bark when we left her behind, but she didn't. We also wondered if she would be destructive by finding something like a pillow or some upholstery to chew on while we were out, but she was well-behaved. And she was so happy to see us when we came back home that she was nearly beside herself, as we say.
Posted by Ken Broadhurst at 06:32