I started processing yesterday morning's photos today thinking that I would do a post about plants and flowers. After sorting through the photos I took on the walk with Natasha, I realized I was doing a post about some of the animals I saw along the way. 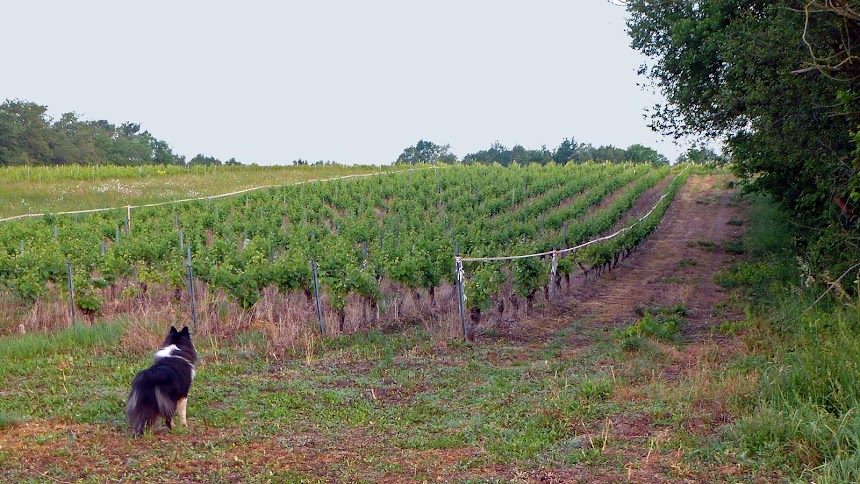 First and foremost, there was Natasha. For about the first time, we walked along the paved Route du Vignoble, which runs along the highest point in the vineyard. Natasha shows signs of wanting to chase cars, so I've been reluctant to go onto roads that carry car traffic. Well, we didn't see a car, but we did see, close to where we were standing when I took the photo above, a roe deer. Tasha chased it, of course, but after I called her for a few minutes she came bounding back, panting with excitement and joy. 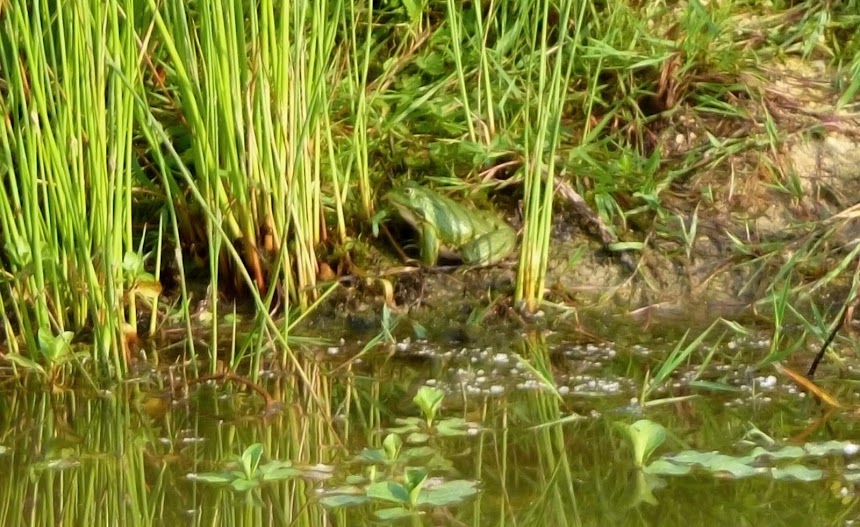 On the way back home, the frogs in the pond near our back gate were croaking and chirping like crazy. Usually, as soon as they hear my footsteps, they go quiet. But I know they're still there. Sometimes I hear a plop and one jumps off the edge the pond into water. Yesterday I stood quietly and looked where the croaking had been coming from. I couldn't see any frogs — they're green against a green background — but I took some photos anyway. I got the one above with a frog in it, and a couple of others with frogs in them too. Having a long zoom camera is almost better than having a pair of binoculars. 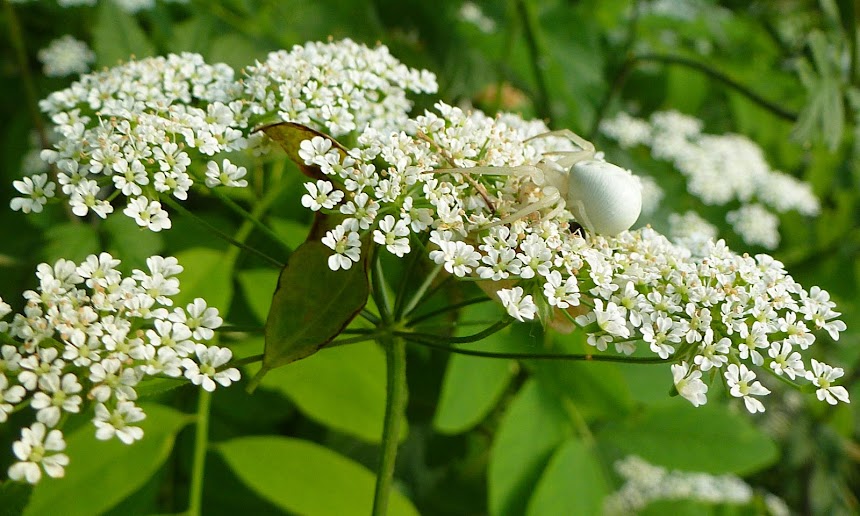 I was taking photos of flowers along the way as we walked, but I was distracted by arachnids and insects. There are a lot of the local white "crab spiders" everywhere right now. I often see them lurking on white flowers, where they are pretty well camouflaged. I think their plan is to ambush an unsuspecting insect. 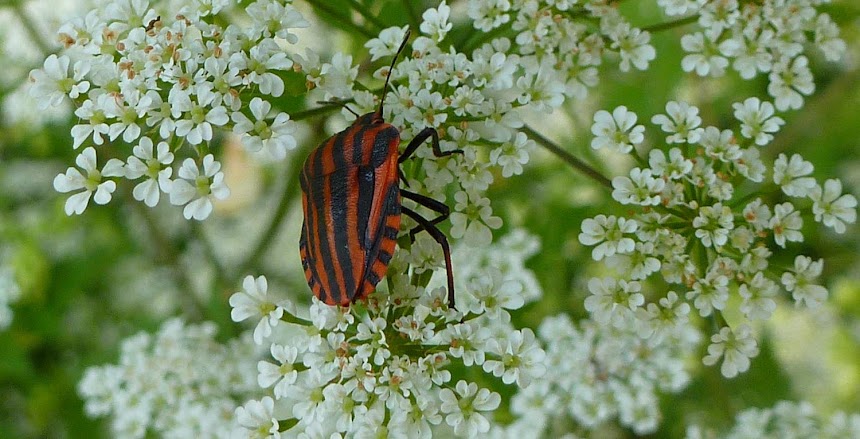 I also noticed a lot of brightly colored bugs all around. The one above is called une punaise arlequin in French — a "harlequin bug". I see on English-language Wikipedia that they are known as "minstrel bugs" in English, or "Italian striped bugs". These insects are called "shield bugs" by the British, punaises by the French, and "stink bugs" by me and other Americans. We see a lot of them, of different sizes and colors, and they do stink if you touch them. 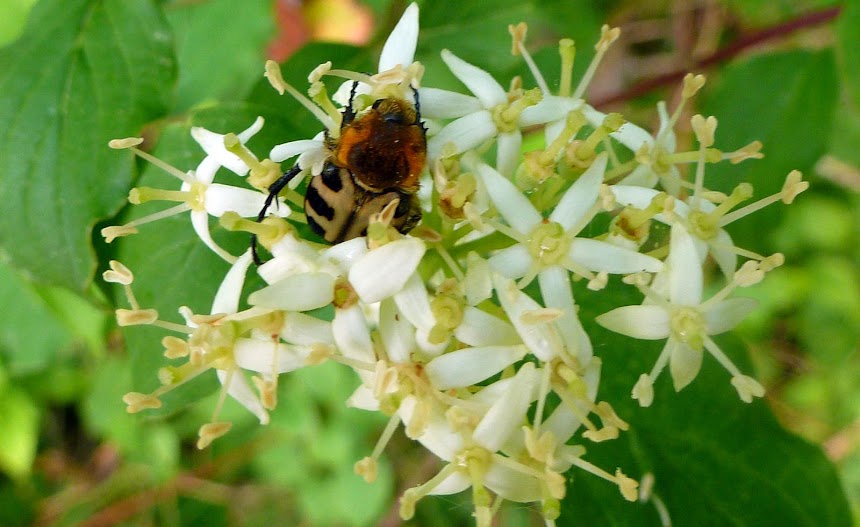 I don't know what this last insect is. It looks to be some kind of beetle. Maybe somebody can identify it. As usual, you can click on the photos to enlarge the view, or "pinch" and "unpinch" them to do the same thing on your tablette tactile.
Posted by Ken Broadhurst at 07:00