We had a big surprise late yesterday afternoon, and the color white was part of it. No, not the white spiders, but hail! I haven't yet heard reports from other parts of Touraine, but big hailstones fell here in Saint-Aignan for two or three minutes. I'd estimate they were two to three centimeters (½ to 1 inch) in diameter, and they caused a lot of noise but no damage that we've detected so far. The clatter from the hailstones hitting the backyard greenhouse glass was almost deafening. By the time I realized what was happening and grabbed my camera, the hail shower was over. Tout est bien qui finit bien, je suppose. 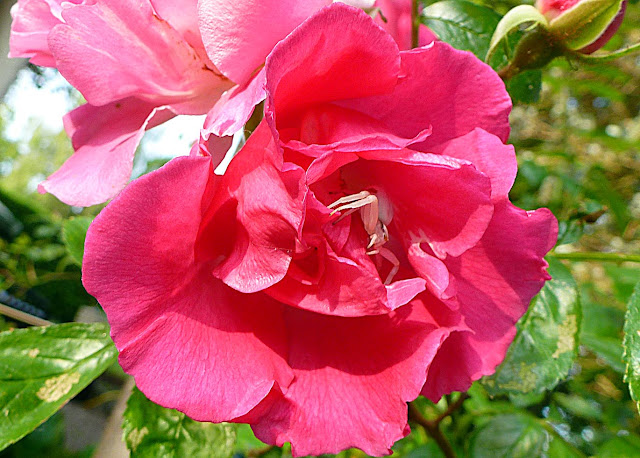 Meanwhile, here are some macro photos I took a few days ago of the many white "crab spiders" that seem to live all around the hamlet and vineyard. At the end of a morning walk, I was taking photos of some of the flowers in our yard when I noticed the spider on the left, which was lurking in a red rose. The spiders are tiny. 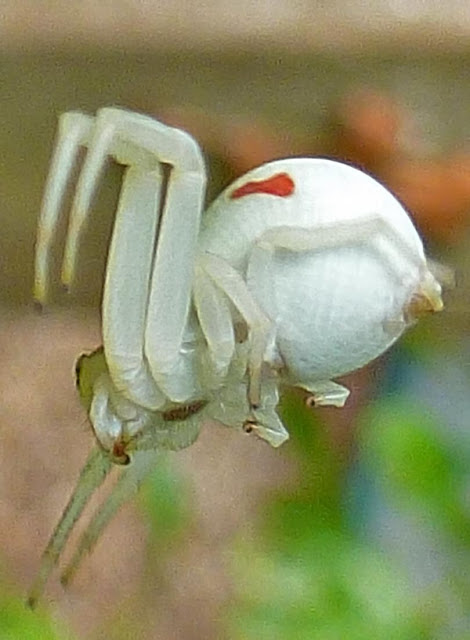 I took a couple of photos of the flower when I noticed that the spider had jumped out to escape my prying eye (or lens). I kept taking pictures. I don't think these spiders, which are tiny, pose any danger to human beings. 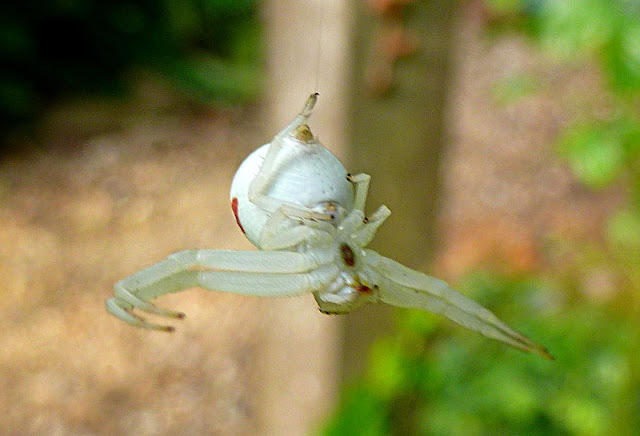 Insects beware, however. The white spiders, called thomises in French, or araignées-crabes, hide in or on flowers and ambush pollinating insects that happen to come near. 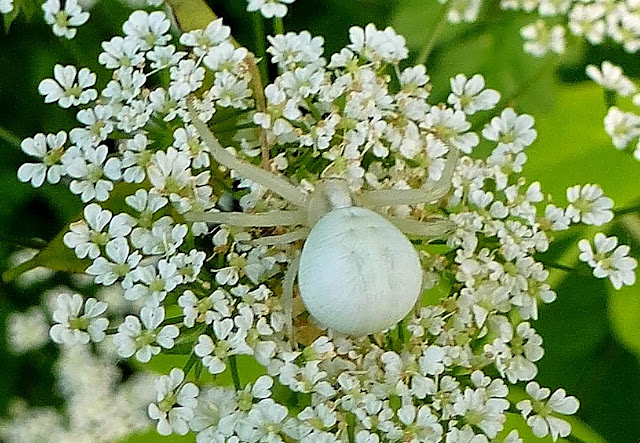 The Thomisidae family of spiders includes more than 2,000 species, according to Wikipedia. Not all of them are white. And they live on every part of Earth except the north and south poles. A lot of them are able to change colors to more closely match the color of the flower they are living on. 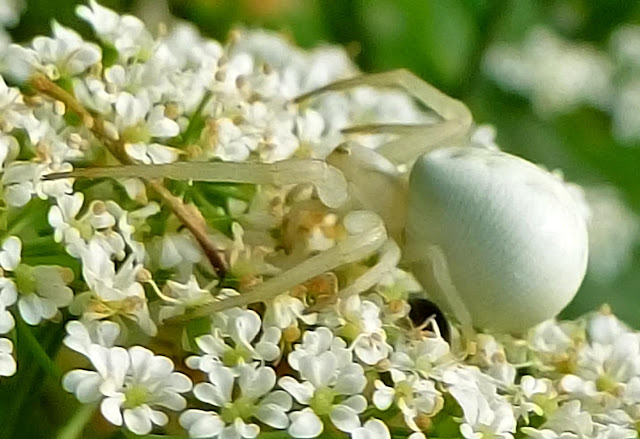 Right now I'm watching France 24 television to see if there are any reports of damage over to the west of us from yesterday's hailstorms. According to the MétéoCiel weather graphics we were able to see on our computer screens before the power suddenly went off around 7:15 p.m., knocking us off the 'net, the area to the west of Tours — Chinon, Saumur, Bourgueil — took the brunt of the storm locally.

Here in Saint-Aignan, the rumble of distant thunder was constant for 30 or 40 minutes. MétéoCiel has a screen that shows lightning strikes in real time as yellow or red dots lighting up on a map — impacts de foudre en direct — and there were thousands of them all around the Touraine region yesterday evening. On France 24 they just mentioned damage from hail in the Bordeaux and Charente vineyards a few hours southwest of here.
Posted by Ken Broadhurst at 06:30