Still from the top of the Tour Saint-Jacques, on the right bank (the north bank of the Seine) in Paris: La Conciergerie. It was part of old royal palace that used to occupy the western end of the Ile de la Cité, and was then replaced by the Louvre. 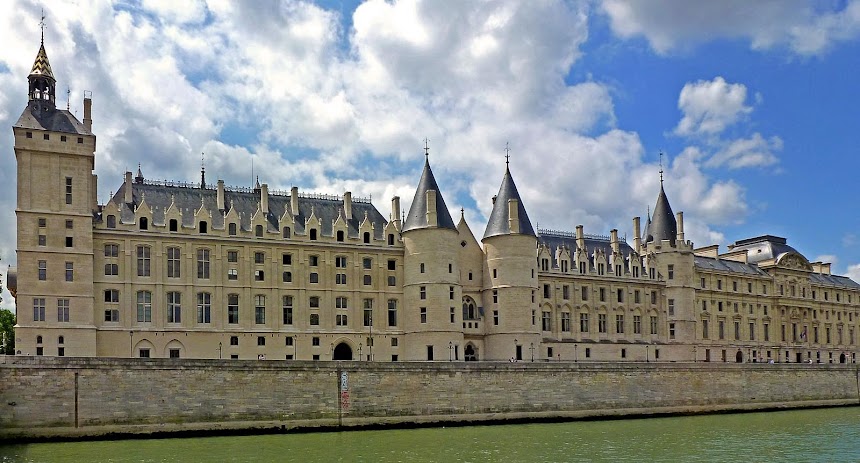 Actually, I took this photo at street level, from across the Seine on the right bank.


The concierge in this case was an official, appointed by the king, who held the keys to the royal complex and managed the estate. The Conciergerie building — refurbished, modified, rebuilt at various times over the centuries, like most old buildings — came to be used as a prison. 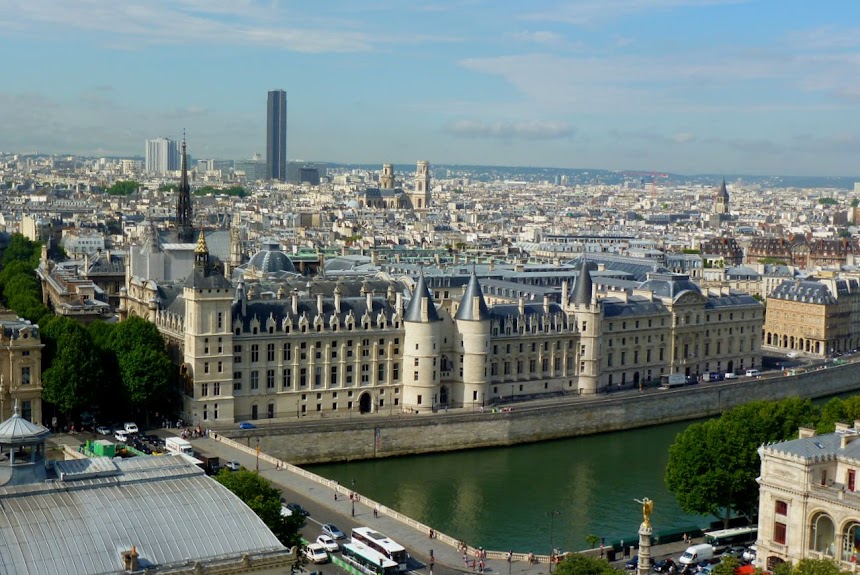 
Among its famous prisoners have been Ravaillac, the fanatic who assassinated Henri IV in 1610 and, nearly two centuries later, of course, Marie Antoinette, who ended up on the guillotine during the Revolution. 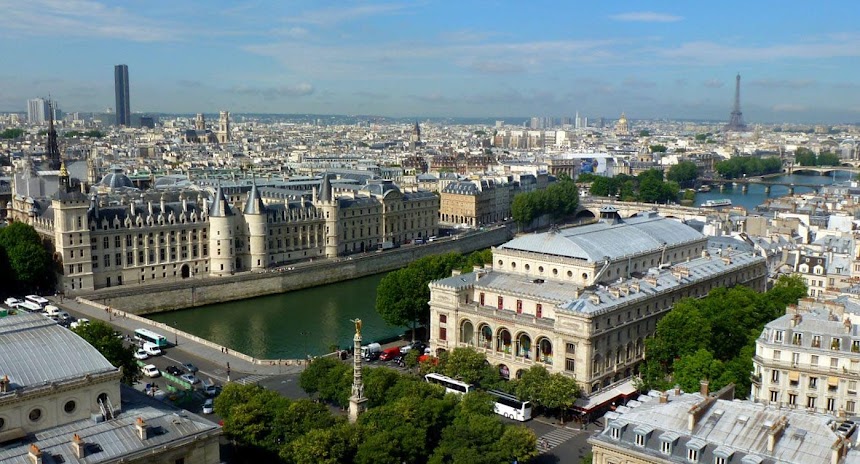 In this shot, you can see past the Théâtre du Châtelet all the way out to the Eiffel Tower, including the gold dome of the Invalides church,
the old Pont Neuf, and the Pont des Arts pedestrian bridge across the Seine at the Louvre.


The history of the building is pretty complicated. The square bell tower at its northeast corner was erected in the 14th century. The three round towers are older, but the whole façade was redone in the 19th century. A 1976 Michelin Green Guide that I happen to have says that the exterior walls had recently been cleaned. Well, they have been cleaned again just a few decades later.
Posted by Ken Broadhurst at 07:35