Photos from my walk around the exteriors of the Louvre: Montaigne, because he's one of my favorite writers. The statue of of the author of Les Essais across the street from the front of the Sorbonne building is better known. Montaigne was from the southwest and was mayor of Bordeaux as well as a member of the parlement in Paris back in the 1500s. 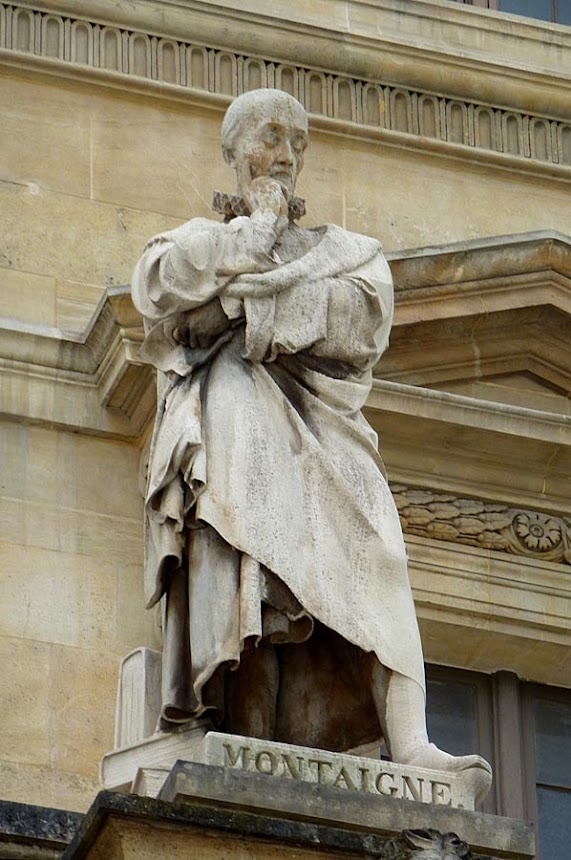 And the next two, the philosopher René Descartes and his contemporary the Cardinal Richelieu, because each has a town in Touraine named for him. The towns are in the southern part of the province, where I am today. A short visit... 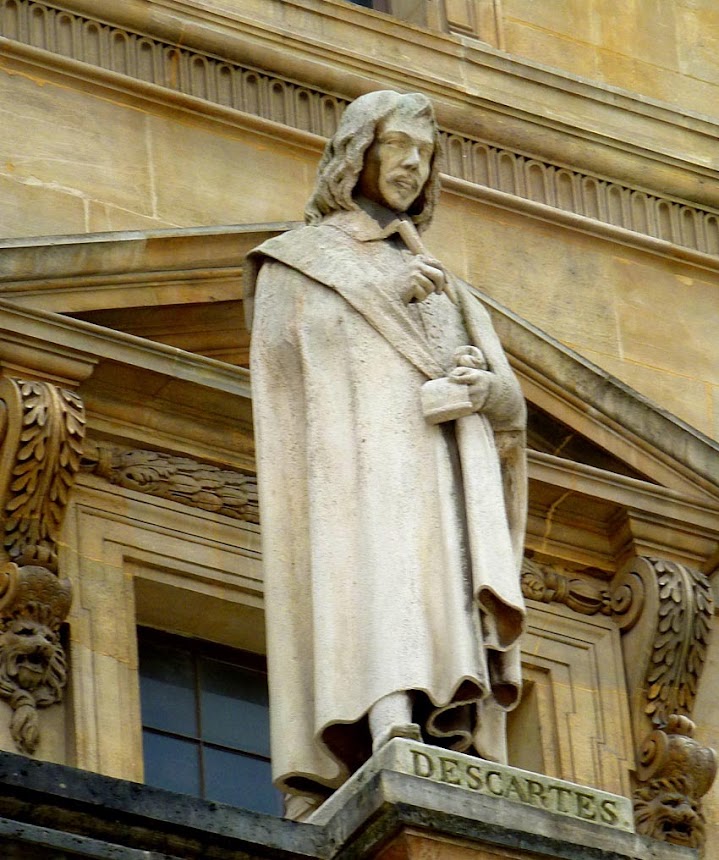 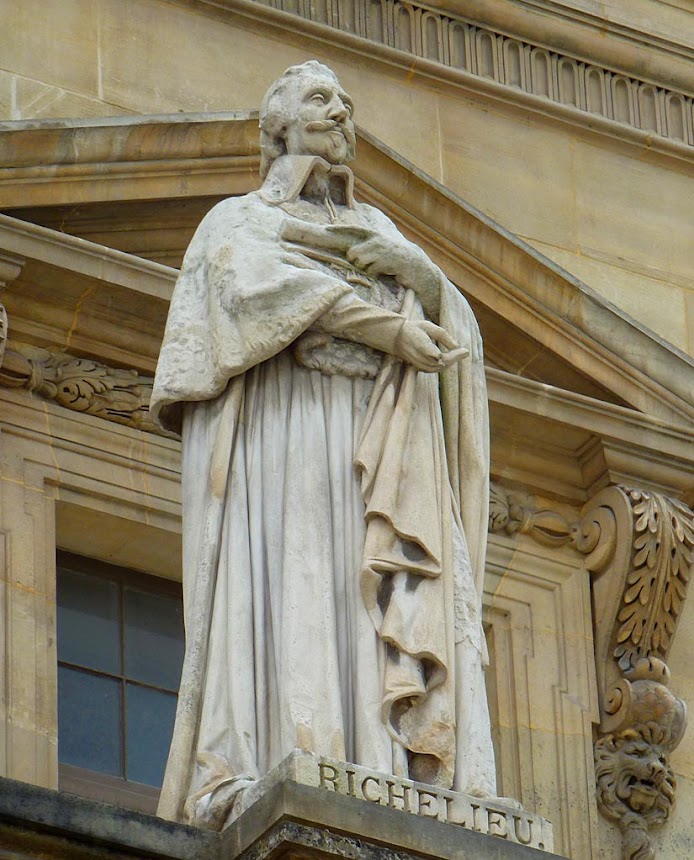 No captions are needed — they are included in the photos. The Cadogan guide calls this part of the Louvre, built in the 19th century, "pastiche façades dripping with pointless statuary — all in cheap stone..." Oh well. I enjoyed looking at all the statues and taking photos when I was in Paris in July.
Posted by Ken Broadhurst at 07:30